Stranger Things, no matter how brilliant a show is, contains a lot of trauma. Every character has been through some emotional abrasion. Fans have always complained about how the show doesn’t address trauma or PTSD. The first few seasons didn’t focus enough on trauma. However, the most recent season was a pleasant surprise in terms of its theme and emotional maturity. It beautifully dealt with mental health by looking at trauma. So, this volume felt deeper than any other. 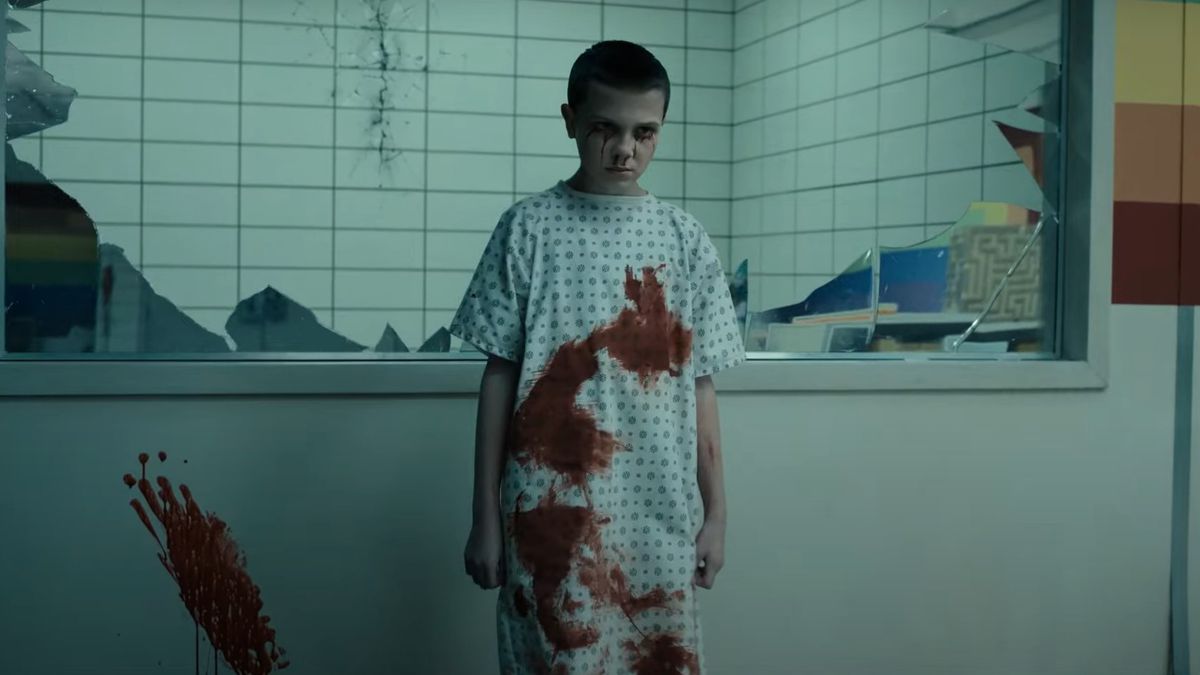 Eleven got her closure. Max was going to the counselor. But, isn’t it too late, and what about other characters?

ALSO READ: THIS Is the Only Way Chrissy Could Ever Wake Up From Vecna’s Curse in ‘Stranger Things’

The trauma in Stranger Things

The first season showed how much the creators, the Duffer Brothers, love horror and how much they know about it. They respected nostalgia and paid tribute to old scary movies in a way that let them make something new. Even though Stranger Things might have used a lot of familiar genre tropes, it never felt like a copy. Instead, it had a strong, unique voice. The deaths of characters like Eddie Munson and Chrissy Cunnighum shattered us all. 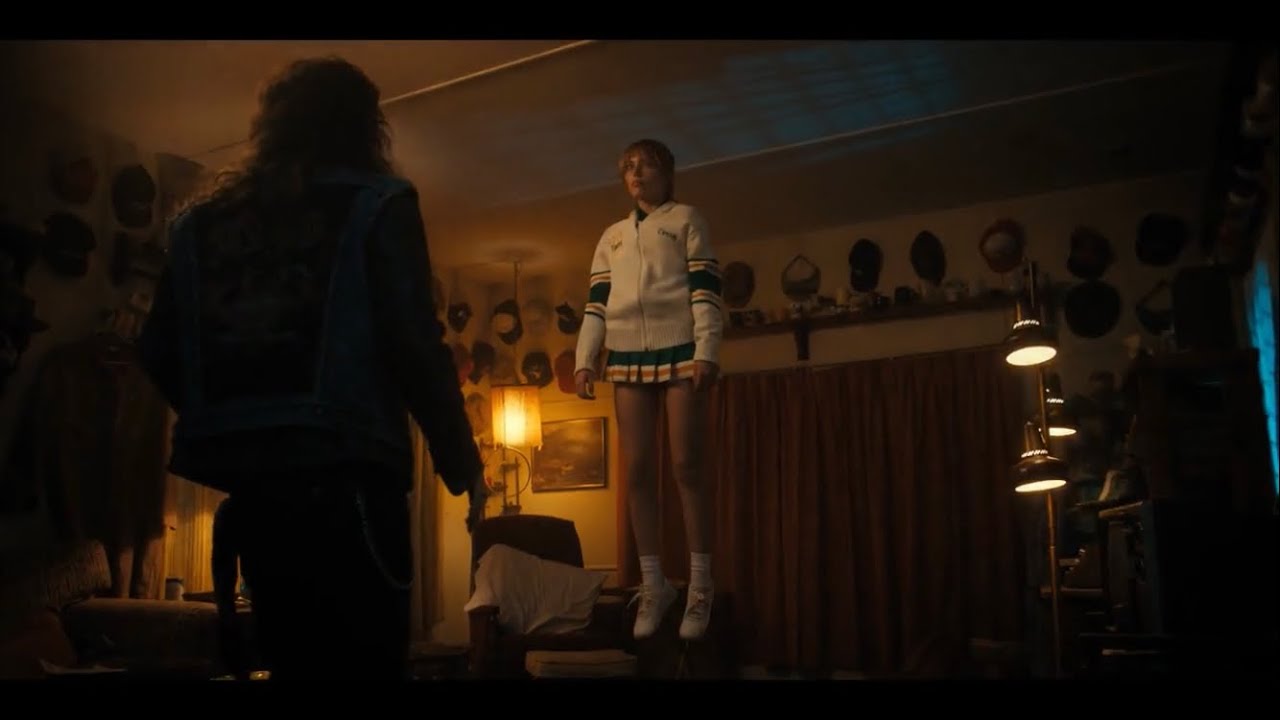 Let’s first talk about the policeman. Hopper carried a lot of trauma from the first season. Diane, Hopper’s wife, was lucky enough to be able to have their daughter Sara. But this would not last long because Sara got cancer when she was younger. After he lost his daughter and his family, Hopper became cold and cynical. He drank alcohol every day, smoked several cigarettes a day, and became addicted to anti-anxiety drugs to deal with his pain.

When he finally found a daughter in El, the happiness didn’t last. He lost her as the Russians captured him. Neither did anything happen between him and Joyce. But, by the end of the season, he got his Eleven and Joyce back and was free from the Russians. Now that he has his family, he can deal with anything.

Nobody talks about Joyce’s trauma, but she has been through a lot worse than many of the show’s characters. She is single, divorced mother, who is working hard to raise two kids. She failed her first love and the second one, Bob, whom she was really happy with, died while saving her in front of her eyes. What else could go wrong? But there’s more.

When she finally got feelings for Hopper, he supposedly died in front of her eyes. The poor woman spent the whole season 4 looking for him. And we haven’t talked about the trauma she went through in the first two seasons, where she brought back her son from the mouth of the Mind Flayer. You can see the helpless mother trying her baby to speak to her traumatized baby in the calmest and sorted way.

There isn’t a lot that Lucas experienced as compared to others. But his pain was different. He was dealing with everyday issues. He was trying to fit in with the cool kids while maintaining old friendships. Max left him. Even though he wanted to be there for her, given what happened, he didn’t have the courage.

He had to lie to his jocks to save Eddie, which resulted in a fight between him and Jason. Max got severe injuries in front of him. It’s hard for a kid to take this all in, and hopefully, season 5 will address to his way of handling all that trauma.

Watch this beautiful sequence of Lumax.

Robin was introduced in the third season of the show and immediately became everyone’s favorite. We saw her as a cool, funny, and savage girl who sells ice cream. But nobody knew what she was going through until she told Steve about her sexuality. It was hard to come out of the closet in the 80s. Trusting someone enough to tell them you are gay was something Robin feared.

In season 4, watching her crush, Vickie, with her boyfriend made her extremely sad. Apart from that, she was introduced to this world of demons that she had no idea about. In season 3, she was tortured by the Russians and escaped narrowly with her life. All these are bound to have caused enough trauma for her to have meltdowns and yet it is never once addressed in the show so far.

Our mama hen isn’t untouched by trauma either. Steve has been through a lot of changes since the first season. From being a douchebag, he turned into a pure gentleman. But he still has not gotten over Nancy. Remember how he told her about having a family with her?

This guy has seen nothing but worse. Since he took charge of saving those kids, he has constantly thrown himself in front of death to save them. He always takes the lead and often plays the father figure. He was the first one to jump into the lake.

Fans were also quick to notice Steve’s unaddressed trauma and posted about the same on Twitter.

Will Byers has done nothing but suffer since season one. But every time he has come back to normal somehow. Since the first season, he has been in immense pain. Being captivated by Mind Flayer came with an enormous amount of mental and physical pain. There was also the suffering of being sidelined when all of his friends were dating. He has two issues with that. First, his friends didn’t pay attention to their friends anymore. Second, because he was constantly dealing with his sexuality. As mentioned before, the 80s were a hard time for the LGBTQ community.

Will was the one who suffered whenever the Mind Flayer returned. Moreover, in the fourth season, he was constantly unconsciously ignored by Mike, and while everybody else got closure, he didn’t. His pain is so great that he might end up in therapy for a lifetime.

If there’s one thing that Stranger Things touches upon is that past sufferings don’t really go away; it lingers under the surface, ready to come out with the right trigger. However, the show could throw more focus on these aspects of all characters as opposed to selected ones.

Who do you think suffered the most and deserves a healing storyline in the final season? Watch Stranger Things and let us know in the comments.

ALSO READ: From Hairy Steve to Eddie’s Master of Puppets Performance, Ranking the Most Amazing ‘Stranger Things’ Season 4 Moments That Rendered Us Speechless