Along with the characters, plot, music, and costumes, the location of filming is also an important part of storytelling. For instance, when we watch The Sandman, the darkness of the underground cage instantly mesmerized us, where Sir Roderick Burgess captures and keeps Morpheus. We instantly feel a part of the Dreaming when we visit Morpheus’s castle. Similarly, the locations in Cobra Kai also keep us with them throughout the series. While The Sandman takes us to a fantasy world, Cobra Kai keeps us grounded. Have you ever wondered, where are the dojo locations in Cobra Kai, though? 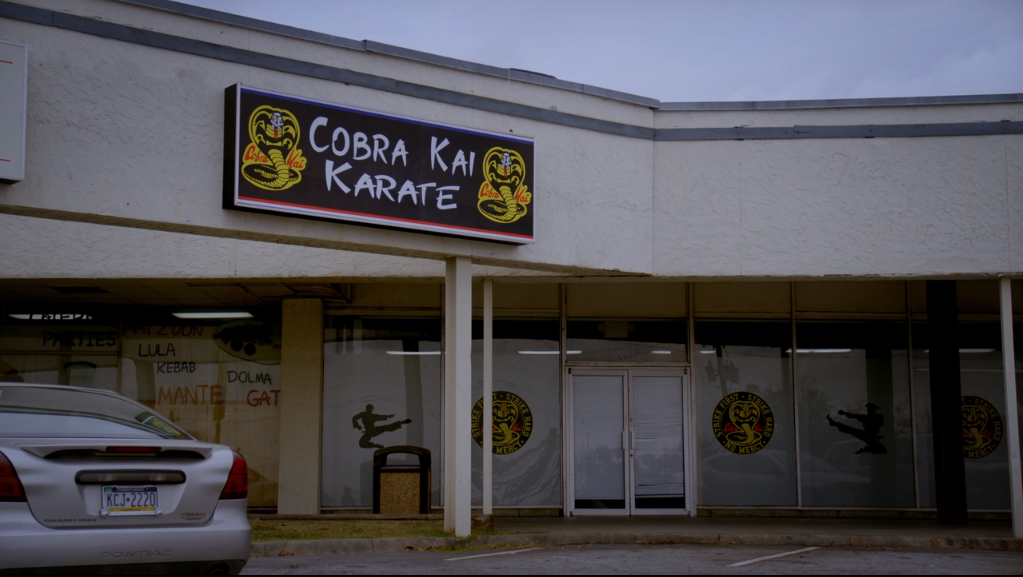 We see Ralph Macchio, William Zabka, Martine Kove, and Thomas Ian Griffith in their original roles in the spinoff series of The Karate Kid movies. There is a whole different group of young characters who live in the extended universe. Throughout the series, we have seen many locations where we see the kids along with the senseis fighting with each other. It makes us curious about the shooting locations of the series.

To create an extended universe extremely effective while keeping the essence of the original movies alive must be a difficult task. However, the creators of Cobra Kai have found the perfect locations. They haven’t officially declared the locations, though. But here’s what you need to know about the shooting locations.

Atlanta has been the home of Cobra Kai dojo the entire time. Other surrounding cities like Marietta, Union City, Fayetteville, Peachtree, Duluth, East Point, Georgia, etc., have also been a part of some of the key scenes of the show. The locations that are open to the public are a major part of many scenes. For instance, the location of Cobra Kai dojo is at Crossroads Shopping Center in Atlanta. 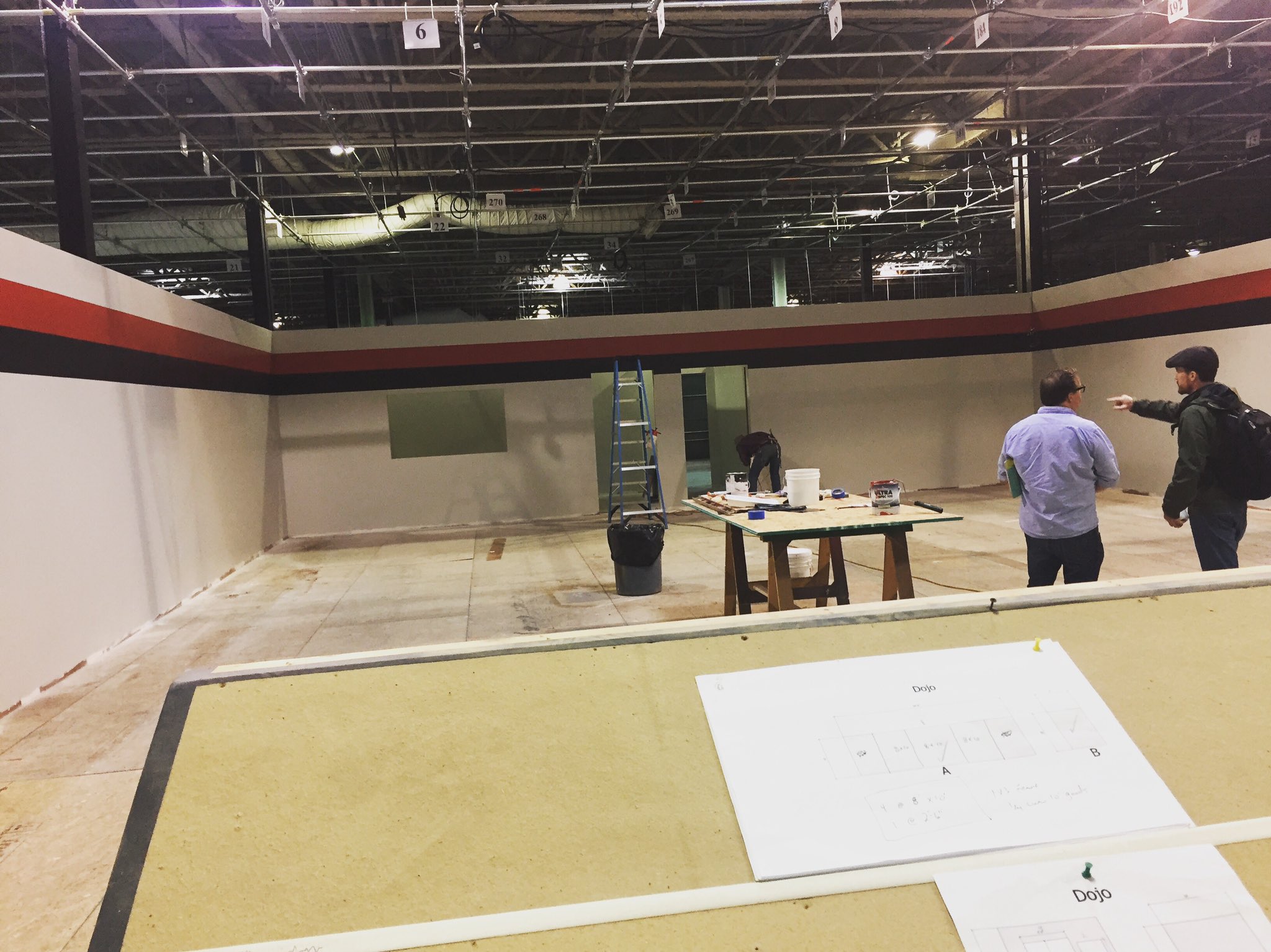 However, now if you wish to visit the place, you will find a major difference because they’ve removed the signs related to the show. The dojo is locked, and they covered the filming area for the safety of the crew and actors. The Miyagi Do dojo is also a real park that is not open to visitors. The cast members have also clicked photos of themselves with each other in their Gis at Lithia Springs High School in Georgia as well. Once season 5 is officially out, they can share the photos to avoid spoilers in advance.

ALSO READ: 38 Years After the First Movie, Will ‘Cobra Kai’ Present the Most Complete Karate Kid in Season 5?

The show also exposes local vendors and open areas as their set. For instance, in seasons 1 and 2, there is a place for renting bonsai trees from Plant City Bonsai in Clermont, GA.

Other shooting locations in the show

Okinawa in Japan is also the place where Daniel and Chozen meet in season 3. However, in the original movies, the said place in Okinawa was actually the island of Oahu in Hawaii. But in the show, it was a week-long trip in season 3 to shoot the landscape scenes between Chozen and Daniel. 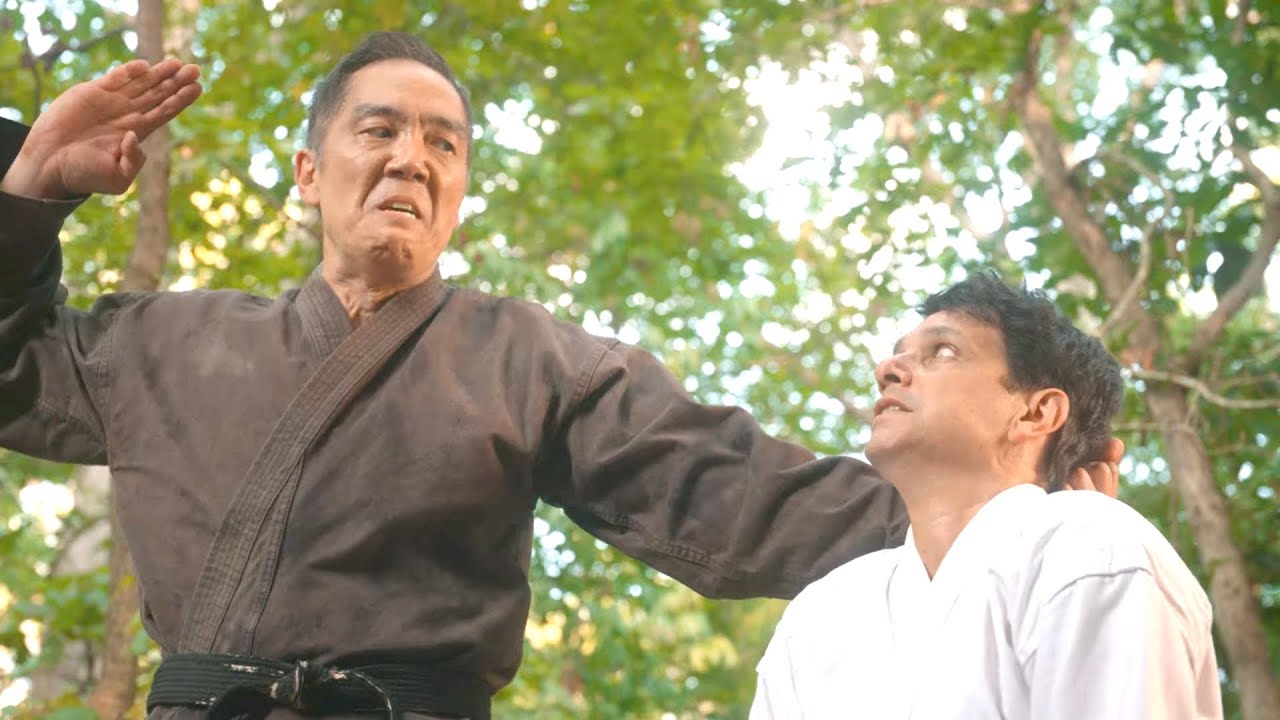 Along with these locations, they shot a few key scenes in California, i.e., Daniel’s old South Seas apartment complex from the movie in Reseda. Johnny’s house’s external looks have been filmed in Tarzana, California. However, the apartments where Miguel and Johnny live are in Georgia. The show has, now and then, revisited California to keep in touch with the original essence of the movies.

For instance, the scene where Johnny first sees Daniel’s car dealership’s billboard is shot in California. Despite most of the scenes being shot in Georgia, California has always been a fanciful location for Cobra Kai, Eagle Fang, and Miyagi Do dojos in every season.

ALSO READ: “I will demonstrate”: Daniel Transitions Into a Student, as Chozen Teaches a Lesson of a Lifetime to Defeat ‘Cobra Kai’ in Season 5

Have you visited any of the locations mentioned above? Do you want to visit them and see the real world of Cobra Kai? If you know more interesting stories or facts about any of the places, share them with us here in the comment box.