The streaming giant put together two of the most loved and famous artists in an exciting film titled Enola Holmes. While the first film landed on Netflix in 2020, the sequel of the film recently landed on the OTT platform. The viewers are enjoying these two powerful characters solving mysterious cases and evolving from within. They want to see more of them. After the success of the second film, will there be another film? What can we expect from it? Let’s find out the possibility of this happening here.

The Netflix Original movie is based on the 7 books in the series by Nancy Springer. The film hasn’t portrayed the entire series yet. However, there aren’t any official announcements by the makers of the film. But after watching the sequel, can we expect a follow-up story of the same? Will we be lucky enough to see Millie Bobby Brown as Enola Holmes and The Witcher star Henry Cavill as Sherlock Holmes again?

Can we expect Enola Holmes 3?

At the end of Enola Holmes 2, we saw the mystery get solved. (Spoilers alert!) In the end, we got to know who was the mastermind behind the deaths of so many people at the factory, as well as William Lyon. It was Mira Troy. The police take her to the prison and we see an empty prison. Also, we see a new face at Sherlock’s door. 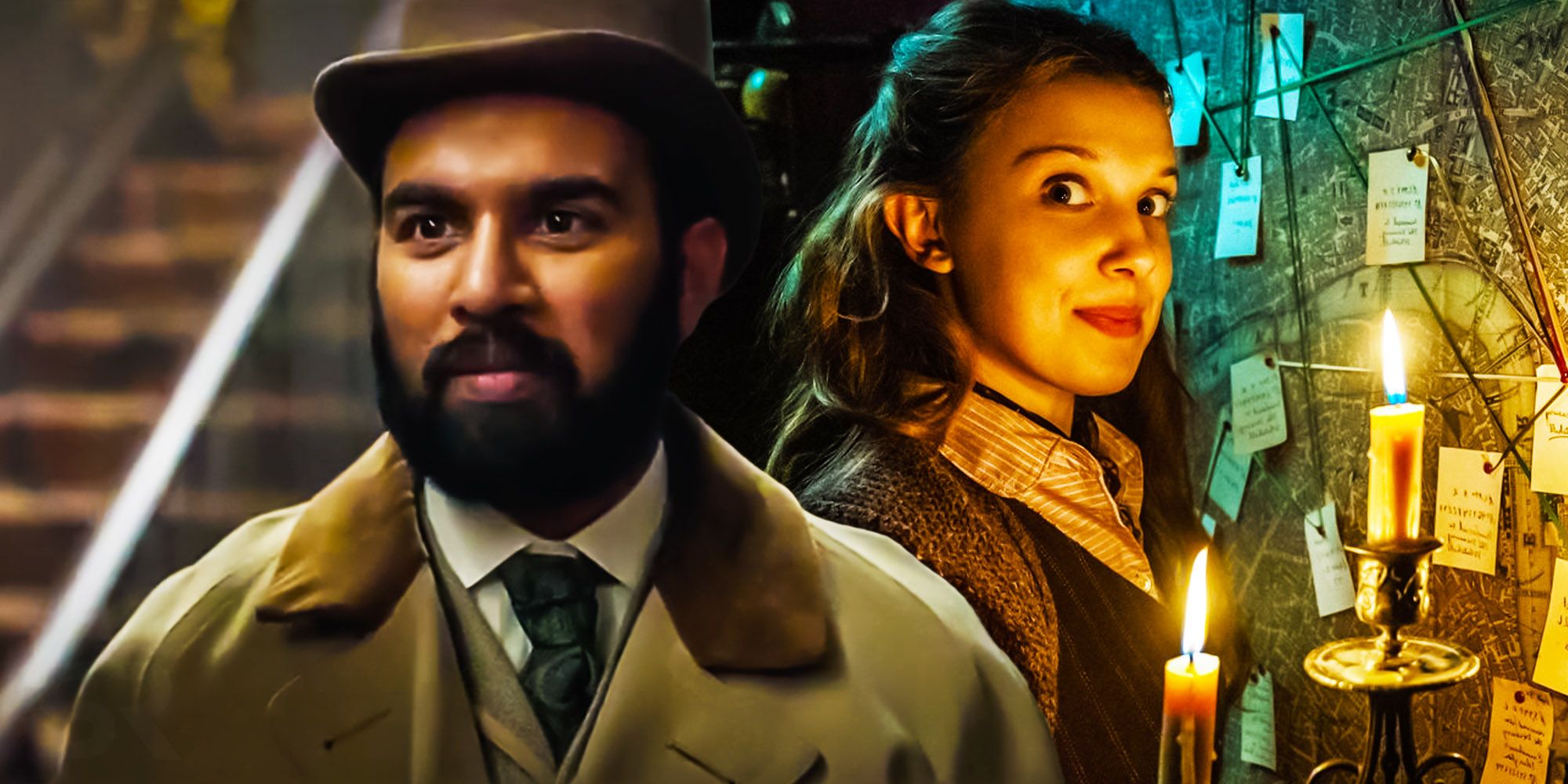 After the fight, it was Enola who was supposed to be at the door. But she sent John Watson to be Sherlock’s flatmate. Along with these, we see Enola and Tewkesbury enjoying their love. What the future beholds for the young and how we might see the vibrant couple might in the next installments of the film is another mystery.

Did you notice one thing in this film about Sherlock’s brother, Mycroft? We didn’t see him in an active role throughout the film while he’s the vital character in the story of the Holmes. In the next installment of the film, we might see more of Mycroft as well.

Also, we might see more of Enola’s mother as well. When the young detective got arrested, her mother rescued her. She told Enola to remember her in the future if needed. Well, is the journey of Enola being a detective over? Fans might see more of her as she got recognition as the female detective at the end.

ALSO READ: “I get pieces of everyone” – Millie Bobby Brown Reveals Which Iconic Moments Her Fans Loved the Most in ‘Enola Holmes 2′

Now, the young woman is also a well-known detective who worked with his brother, Sherlock Holmes. There is a possibility here of seeing more of her cases in the upcoming film.

Well, according to the plot and the ending of the latest film, we can assume, this is the third installment that might land in the future. But Millie Bobby Brown herself also teases the idea of another film in an interview.

She is the producer of the Enola Holmes films and she expressed her willingness to be a part of another one as well. While we wait for the official news, all we can do is dream and assume about the next film.

When can we expect it?

With the return of Superman to the DC Universe, Henry’s schedule must be busy. But let’s all hope everything falls in line so that we can get another thrilling case to enjoy. But by 2024, we can expect the landing of the film. Well, it is just our speculation, but let’s hope it officially comes soon.

What are your speculations about the film? What do you expect from the third one? Tell us all about it in the comment box below.