The recently released Netflix Original film, Enola Holmes 2, is taking over the hearts of the viewers. While the sibling energy of Millie Bobby Brown and Henry Cavill was amazingly refreshing to watch, people also adore the love story of Enola and Tewkesbury. An intriguing scene featuring the almost-couple was the dance sequence in the film. There is a secret behind getting the scene perfectly. What was it? 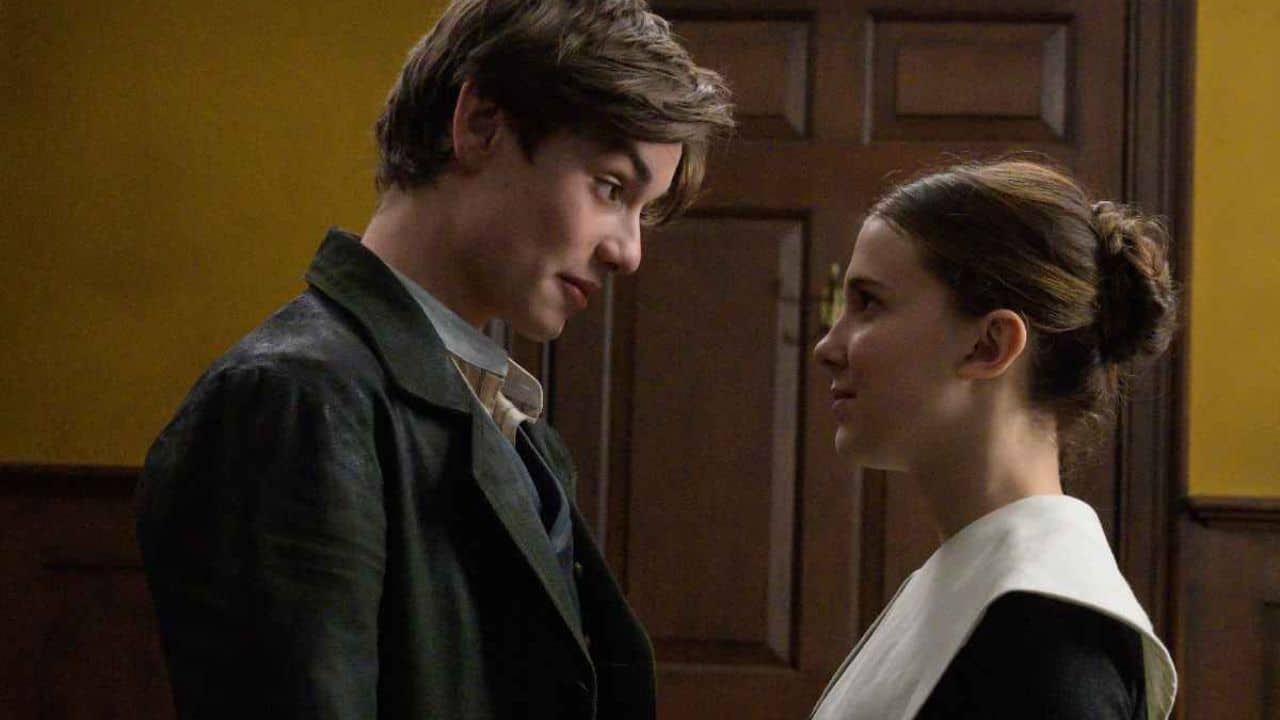 To make a film with a lot of stunts, adventure, and dancing, the filmmakers, along with the actors, have to rehearse for it. They need to prepare before shooting the scene to make it perfect. The tradition of dancing at balls is an old tradition that requires a lot of practice. But during an interview, the Stranger Things star revealed a secret they used to make the sequence perfect.

ALSO READ: “I get pieces of everyone” – Millie Bobby Brown Reveals Which Iconic Moments Her Fans Loved the Most in ‘Enola Holmes 2′

Every step of the way in Enola Holmes 2 involved a lot of practice. The thrilling love story of Enola and Tewkesbury attracted viewers’ interest among the many action scenes. What took the cake was the scene where Tewkesbury teaches Enola the art of dance in the bathroom. The entire sequence has no music, just the electric chemistry between them and their typical banter. To dance without music was one difficulty they faced, but a secret tool helped Brown and Partridge dance perfectly in the sequence.

Well, as unexpected as it sounds, it is true: To dance to the rhythm and beat perfectly without the music, Brown and Partridge wore little earwigs. If they would have played the music out loud, they couldn’t have recorded their dialogues clearly. Therefore, to talk during the scene while dancing, they used this secret tool. It was difficult to handle the earwigs and their dialogues, but

If you have watched the film, you would know the tension between these two characters was certainly enchanting. It kept the viewers on the edge as there was a clear indication of them getting closer through the art of dancing.

Well, we don’t want to spoil the ending for you, so we wouldn’t reveal what happened after the scene. Did they fall in love? Did they finally kiss? Do Enola and Tewkesbury end up together? What about Sherlock’s permission to let them date? All these questions are valid and you will get the answers by streaming the film here only on Netflix. Tell us in the comment box about your favorite scene from the film.