“All Religion is a foolish answer to a foolish question“. This is a quote that defines the Peaky Blinders‘ central character Tommy Shelby. A man of sheer focus and someone who will never let superstitions and beliefs hinder his progress and life. However, for someone who has always been vocal about his dislike of religion and faith, it is rather peculiar to see Tommy turn towards curses in order to explain the bad things happening in his life. And this has been especially at display in Peaky Blinders Season 6. But why is it like that?

Well, let us take a look at the history of the Shelby clan, and try to understand why exactly Tommy is like this. What all reasons does he have to turn to curses as a valid explanation, which makes up a ton of Peaky Blinders Season 6? Here is what we believe.

Tommy and his on-again-off-again stand against faith

It is indeed ironic to see someone as rational as Tommy Shelby turn to vague notions like curses and their causes when encountering peculiar situations. Something that has been in abundance ever since the sixth season of the show began. Ever since the show began in 2013, we have seen Tommy dismissing every single notion of faith and religion. The first World War added a lot to his skepticism and disbelief in anything remotely related to God. We saw him dislike the idea of Polly visiting a psychic in Season 2. Polly received a similar reaction from Tommy when Polly claimed she can speak to spirits. 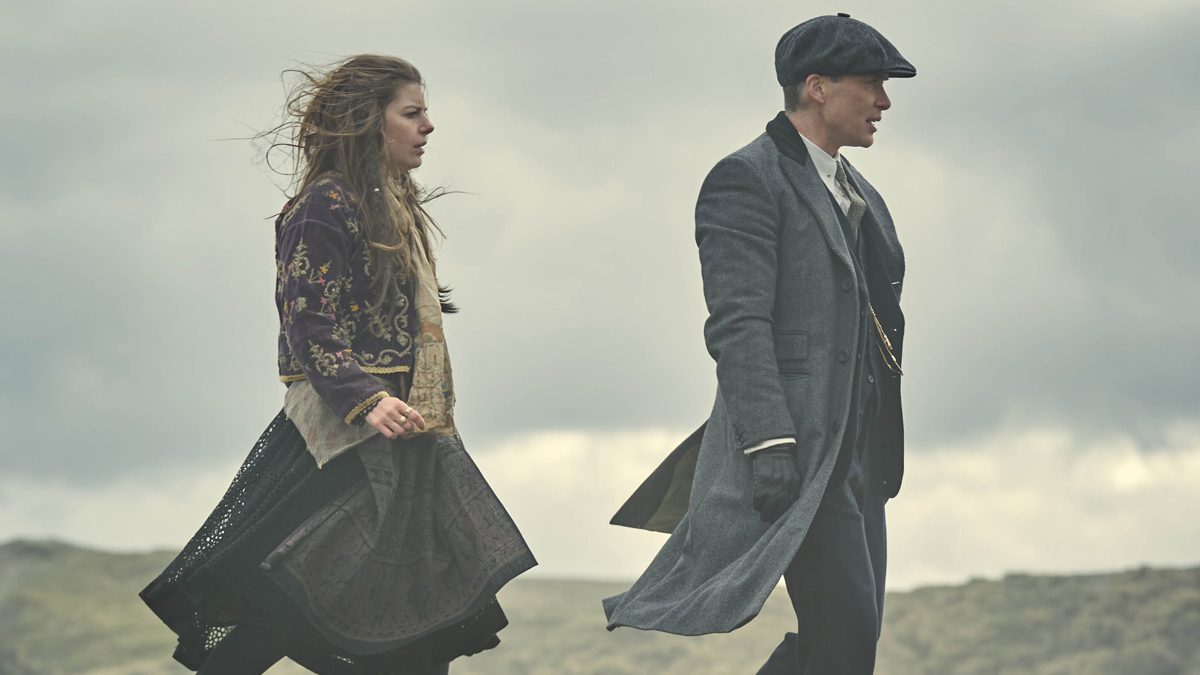 But the same Tommy Shelby without a second thought is ready to believe that anything bad happening with him or his family results from a curse. A prime example of this is the death of her first wife, Grace Shelby, who he believes died because of the cursed blue sapphire. And at the very beginning of Peaky Blinders Season 6, when Ruby mysteriously falls ill and talks about seeing a man with green eyes. Tommy quickly asks Lizzie to contact Esme, as she might be the one who cursed his daughter. But isn’t this odd? A man who is clearly critical of faith and religion is a staunch believer of gypsy curses.

Now, even though it feels hypocritical of Tommy to jump to curses, it is indeed something that sits well with his character. We have known Tommy to be a man who likes to stay in control, and he strongly believes that he can overcome any problem that may come his way. Thomas is primarily is a pragmatist. So, now when Tommy is ready to believe that all these mishappenings to him result from a curse, he can humanize them and thus can paint an image of a mortal man who is getting the better of him.

This enables Tommy to turn to spirituality not as something that is intangible, but as something that may provide a level field for Tommy to take on this enemy of his. It makes him gain a sense of control over things that are fundamentally never in his control. In a nutshell, he is trying to tie a noose to a non-existent horse.

We have seen Tommy being more in touch with the spirits this season. Especially with his belief that he can talk to Aunt Pol, and also his claim in front of Esme that he can now hear the sprits more clearly, now that he doesn’t drink. While his disease can explain his seizures and visions, it still makes a bit of sense that they are partly because of his belief in spirits and curses. After all, his belief gives him a sense of touch and connection to his beloved aunt.

What do you think can explain Tommy’s belief in curses? And what are your theories for BBC‘s Peaky Blinders Season 6 finale?