There are some characters that are loved by the popular masses just because they are meant to be. And then there are other characters who redeem themselves by becoming better, smarter, and more handsome with each season. One such character is Roby Keene. If you are a Cobra Kai fan, you already know him. However, if you aren’t let us introduce to you one of the finest fighters of Netflix’s American comedy-drama with some cool martial arts. Might as well compel you to binge-watch the entire 4 seasons ahead of Cobra Kai season 5.

Robby Keene was a troubled teen with abandonment issues and no real source of authority. His mother is an alcoholic and his father, sensei Johnny Lawrence left him when he was just a little child. His character development was a rather interesting plot. From a bully who lingers with a bunch of other troubled kids to a more sensible person who trained with Daniel LaRusso and fell in love with his daughter Sam. Robby has certainly developed a separate fan base for himself. 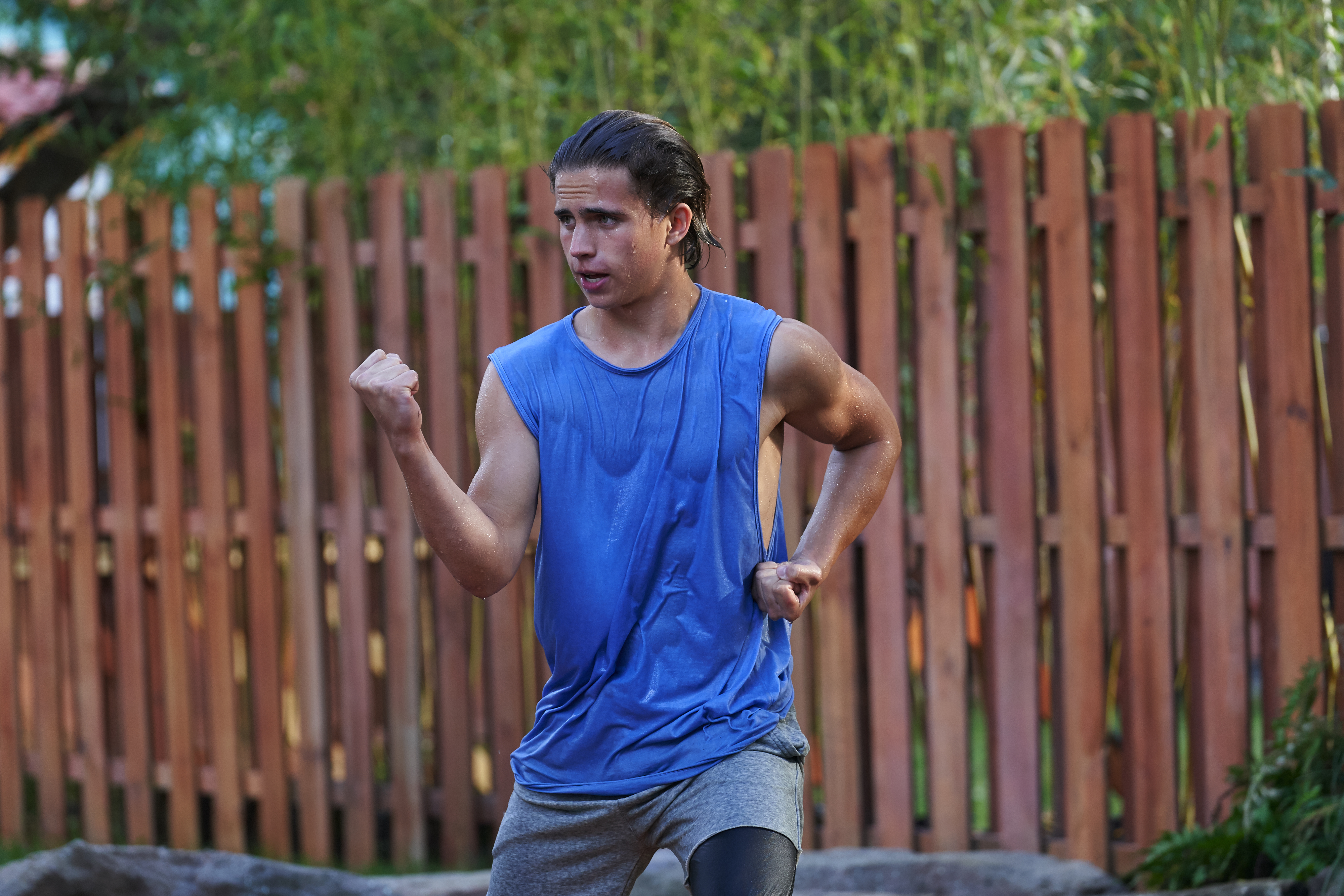 While in Miyagi-Do he learns defense-oriented karate and while in Cobra Kai he sharpens his skills as an attack-oriented fighter. In the season 4 finale, we saw him take on and defeat all the remaining students including Tory Nicholas. He hence established himself as the top student of Cobra Kai dojo and is one of the top tier fighters of the new generation. Thanks to him becoming a hybrid-fighter thanks to Miyagi-Do/Cobra Kai training. And ahead of Cobra Kai season 5, fans side with Robby for substantiating their statement with an interesting example.

After the series introduced us to its 2 best fighters, namely Miguel and Robby, fans seemingly divided themselves into 2 groups. While some argue that there’s no competition for Johnny boy’s very first student, others firmly believe that Robby rules the Valley. Recently a Robby Keene fan on Reddit explained why they think he is the best. They fascinatingly call him Thomas Shelby of Cobra Kai and expect him to stay the punk he is. And the fact that they pointed out the transformation of his hairstyle over time as well!

Robby is a beast from cobrakai

What are your thoughts about it though? Do you think Robby Keene’s character has grown over the course of 4 seasons of Cobra Kai? Sure he has stepped up from wax on wax off exercise to really knocking out some of the opponents. But do you agree he has become way too cooler and should stay the same in Cobra Kai season 5? Do let us know in the comment section below.