Stranger Things is one of the darkest and gloomiest shows on Netflix. The show portrays kids as lead stars, and as the narration develops, the characters reveal and explore darker truths about themselves. But these characters from the show also have some things to show to the world in real life. This is what Millie Bobby Brown did on the Jimmy Fallon Show. She exposed a talent other than acting on stage in front of the entire world.

Since music has been a crucial part of Stranger Things, the characters on-screen and off-screen have talked about it so much. Fans even speculated a band of the cast members. Music has been so important to the show that the famous song that saves Max from Vecna Running Up that Hill became widely popular, and the singer celebrated the success.

Milly Bobby Brown also has a special place for music in her heart. Undoubtedly, she is a skilled and brilliant actor. But she is an amazing singer too. The actors are fond of singing so much and are all beautiful singers, except for Noah Schnapp. Well, his best friend Millie performed this live rap song on the Jimmy Fallon Show, and the audience went crazy.

ALSO READ: Gaten Matarazzo and Sadie Sink of ‘Stranger Things’ Fangirl Over the “Glamorous” ‘Star Wars’ Prequels and Reveal Why They Think the Movies Are Underrated

As you can see, Millie raps the Stranger Things song on stage. She beautifully tells the story of season 1 and performs like the star that she is. Previously, when Millie was there on the show with Jimmy, she rapped the Nicki Minaj song ‘Monster‘. She seems to be hyped about it still. And on demand, she goes on to recap the previous season and rocks the stage. 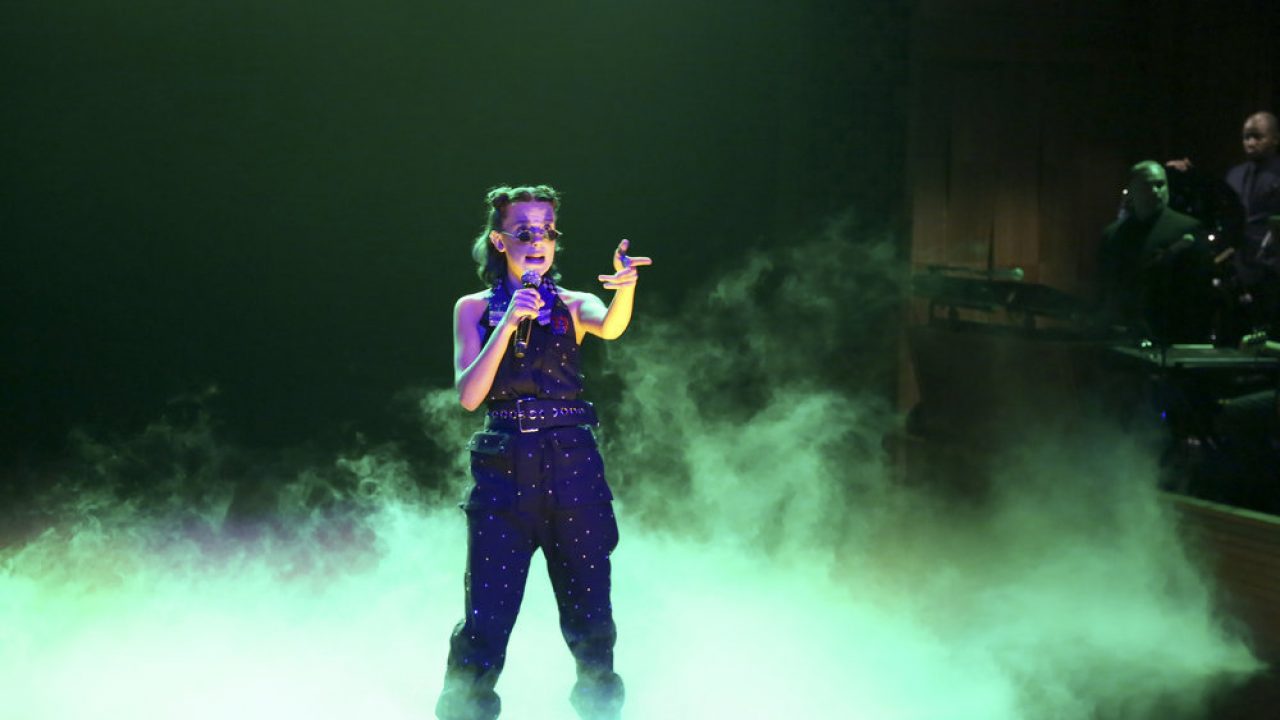 Given that she rapped, “All I need is my Eggo waffles; I’m in love with those,” Jimmy brought those waffles to her as well. But before the sweet treat, she drops the mic, ending her rap with, “Bad news when you see that bloody nose.”

ALSO READ: When Millie Bobby Brown Wished to Hear Cardi B “Make a Sound” and Nothing Else

Well, the fans are literally waiting for the next season to see that ‘bloody nose’ in action and bring on the thrilling drama. Are you also a fan of Millie’s singing?