When someone threatens you, you feel terrified and ask for help, right? Well, when Ryan Reynolds informed his wife’s intentions of killing Rob McElhenney, Rob merely laughed and let it pass. But did he really? It sounds strange, but it is true. Here is the whole story. 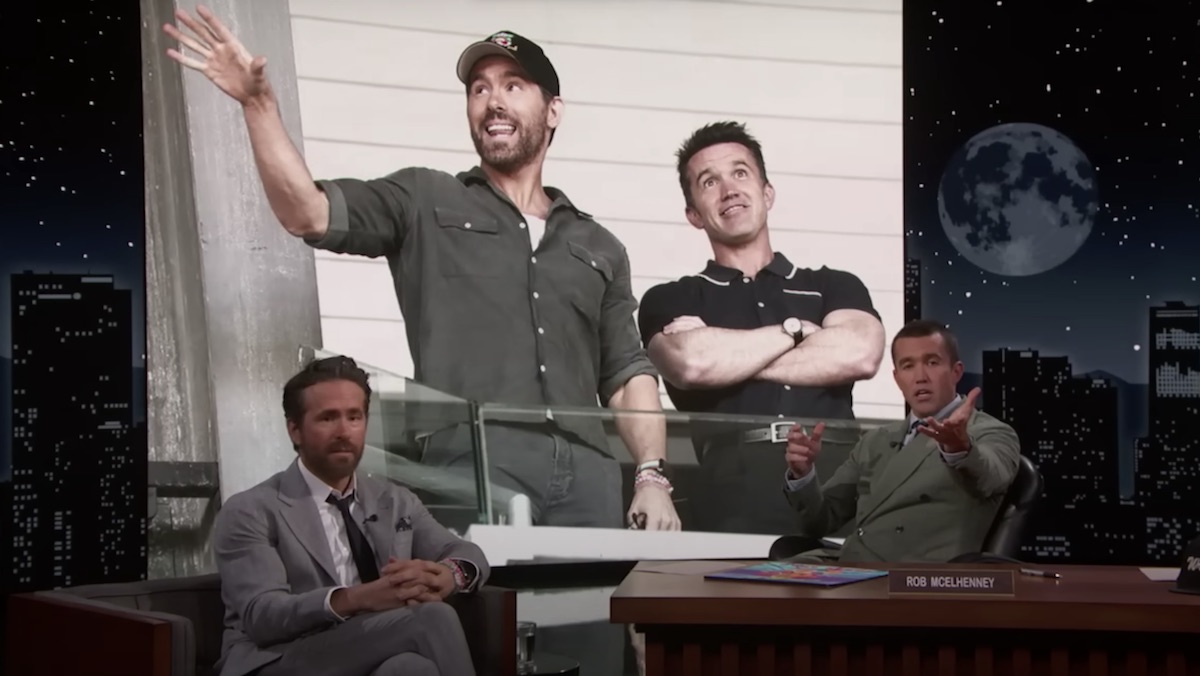 Ryan Reynolds and Rob McElhenney got together for a business deal. They bought the Wrexham Association Football Club together and even made a documentary as well. The interesting part is that Ryan and Rob made this deal without meeting with each other. The Deadpool actor slid into Rob’s DMs and one thing led to another, and they became friends who are business partners as well.

Now, this whole thing was a little strange for Blake Lively, as it should be. How did she react to it? Why did Ryan threaten Rob?

It sounds odd to buy something that you are completely unaware of. But when we’re talking about Ryan Reynolds, we can always expect surprises. When Ryan bought the club, he didn’t know a single thing about football. He even had an embarrassing moment with the football legend, David Beckham. But as he learned more about the game, he loved it so much. So, where does Blake come into this picture?

Well, interestingly, The Adam Project star informed his wife about the deal after he made it instead of discussing it before doing so. Blake was concerned and angry and therefore, this threat. Ryan, being a good friend, let Rob know about Blake Lively’s intentions.

While chilling and having a relaxed time, Rob asks Ryan if he has any resentment for him as Rob asked him to buy this club together. Well, as much as Ryan loved the game now, and he and Blake were still working through this issue, he warned Rob. “My wife wants to kill you, Rob,” said the former Sexiest Man Alive.

Of course, when we are talking about the Red Notice star, his sense of humor is the center of the conversation. Even though Blake was concerned and didn’t appreciate Ryan’s actions, she would talk it out with her husband. But then again, when it comes to a woman’s anger, one must be careful, right?

Tell us if you have watched the documentary. If not, stream it right here and share your views with us. Are you also a Wrexham fan? Who is your favorite player? Let us know in the comment box below.