This statement might surprise all the Harry Potter fans that Regé-Jean Page has given at The Tonight Show with Jimmy Fallon. Page needs no introduction now as he’s been the fan-favorite character from the Netflix original show Bridgerton. Recently, he’s been a part of the Russo Brothers’ expensive movie called The Gray Man. Let’s find out a little secret about his past acting days and the secret that he just revealed on the show.

Harry Potter is undoubtedly one of the most exciting and most loved fantasy movies of all time. Harry Potter movies have one of the largest fandoms in the whole wide world. Well, so does this Netflix original Bridgerton. Regency-era fictional drama Bridgerton has some talented actors. Regé-Jean Page is one of them. He has gained so much love for his externally tough but internally incredibly romantic character as Simon Basset. But did you know that before getting fame for this character, Regé-Jean Page also worked as a background actor? Check it out here:

Recently, Page has portrayed a devious character as a CIA officer in the Russo Brothers’ $200 million The Gray Man. He appeared on The Tonight Show with Jimmy Fallon. Jimmy asks Page about his background acting back in the days. This might come as a surprise to you, but Regé-Jean Page has worked as a background actor in one of the Harry Potter series.

Also Read: “The range on this guy”: ‘The Gray Man’s’ Regé-Jean Page Reveals Why Being Chris Evans at This Point Is Absolutely “insane”

Jimmy asks him about that experience. Page says it was a great experience for him. “The best thing about, like, background acting, particularly on big movies like that, and I recommended it to every actor out there, is, essentially, no one pays attention to you in the background. So you get to be the best actor spy,” says the actor and adds, “I was just watching how the directors work with these actors, where Emma Watson hides her phones between takes. And this is the valuable stuff.” 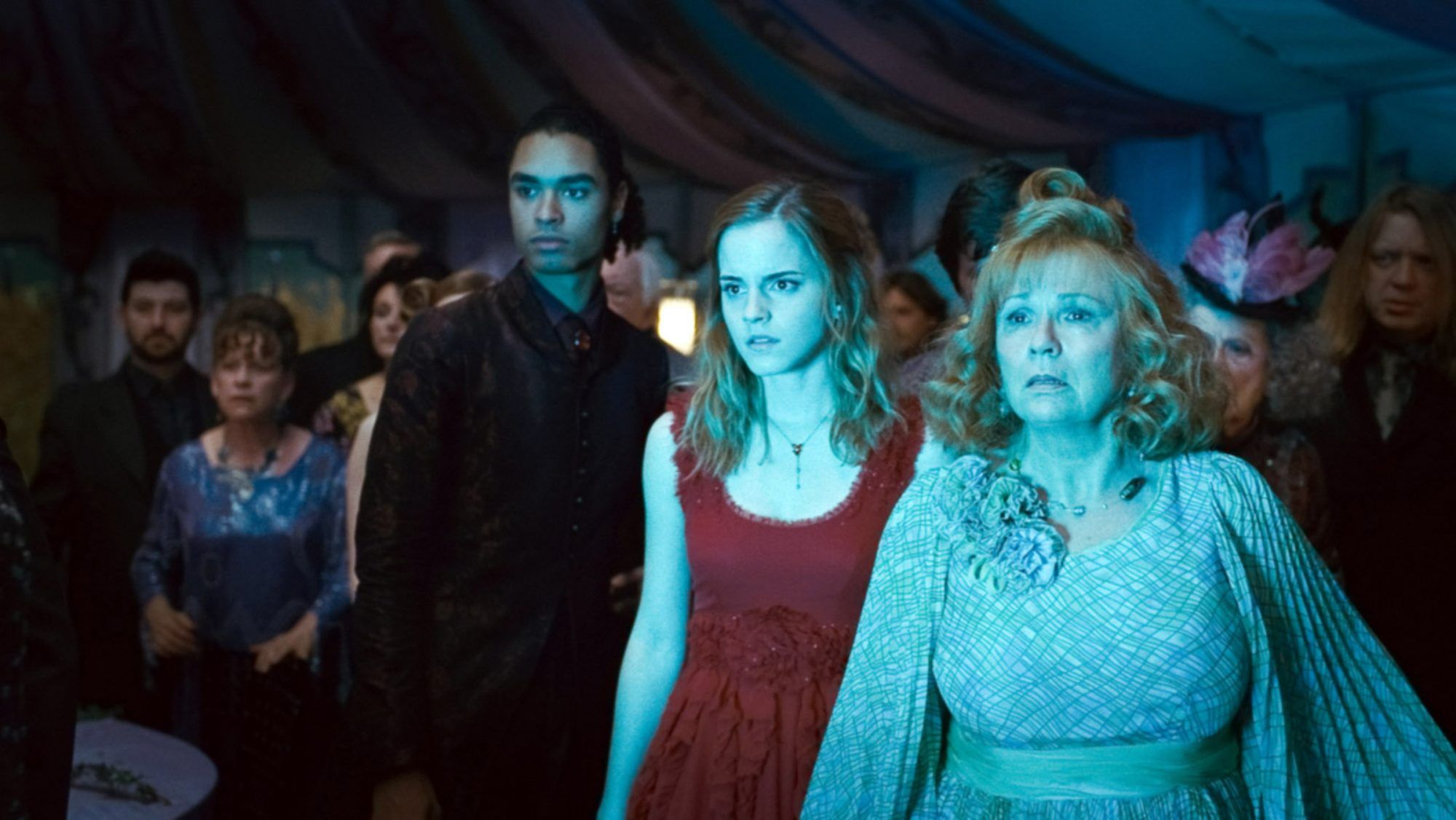 This is when Page reveals that Emma Watson hides it under the tablecloths at the wedding. Well, the important part is that he exposes his learning days when he worked as the background actor. Well, when he said, “Some powerful men had the women in their lives talk to them, and we all know who runs the world at this point,” while talking about how he ended up in The Gray Man; we all felt Regé-Jean Page supremacy.

Have you watched The Gray Man, yet? It is streaming on Netflix. Watch the thrilling movie here and share your reviews and favorite scenes with us.