Throughout the series, we have seen more than karate. The show, Cobra Kai, addresses many teenage issues, along with mid-life crises. The mistakes, insecurities, fears, and decisions that the characters have made in the past come back in their present. It creates chaos until they face them. Almost every character faces their past and resolves them. However, Johnny Lawrence and Robby’s relationship is something that makes everyone emotional every time they face each other. 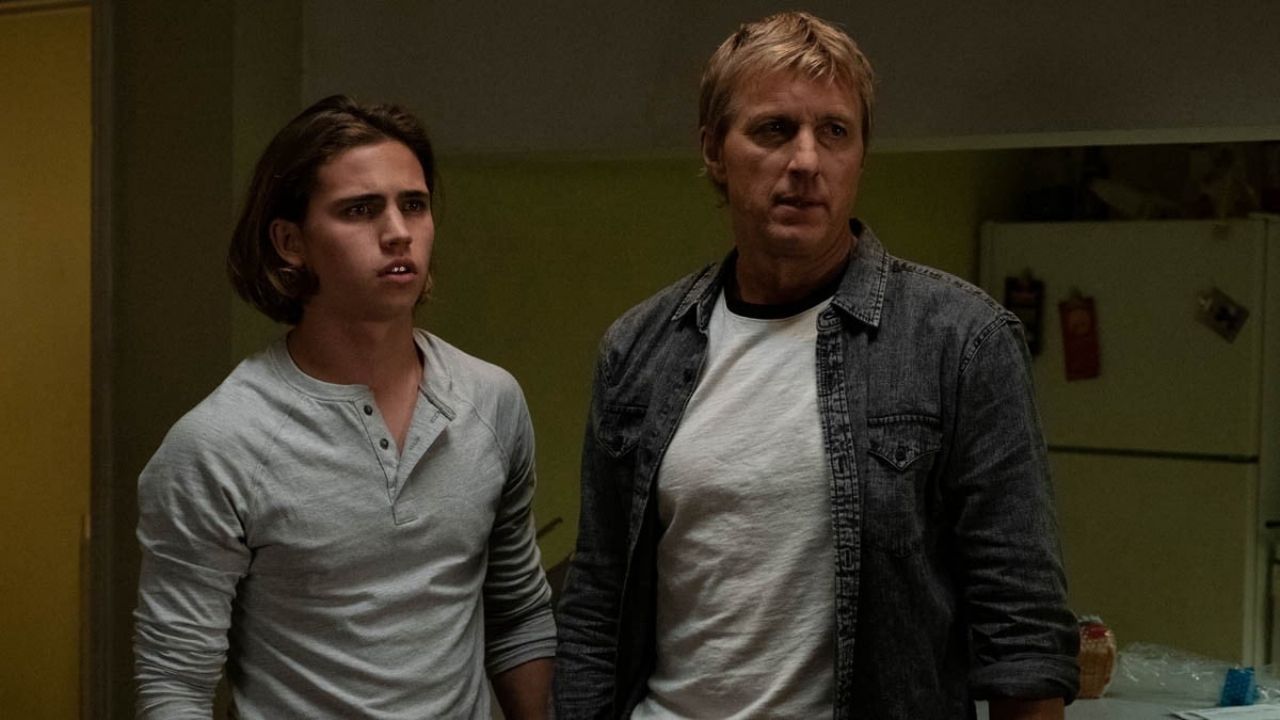 We have seen Johnny struggling throughout his mid-life. He abandons his son Robby. He lives alone, and then he meets Miguel. On the other side, we see Robby, a lost teenage boy whose mother is trying to raise him while trying to live her life as well. Robby misses his father, but he neglects his emotions for a long time. Until the end of season 4, we see this father-son duo against each other rather than side by side. After the tournament, Robby and Johnny hug each other and pour their hearts out. It makes us question the future of their relationship.

Will Cobra Kai season 5 see this father-son duo finally together?

While it was an extremely emotional moment for the actors, the viewers also got emotional while watching them hug. This was the union that fans needed the most. The actor who portrays the tough character of Robby, Tanner Buchanan, recently talked about his relationship with his father in season 5.

ALSO READ: From Hawk vs Kenny to Miguel vs Robby, Fans Predict the Pool-Side Fight in ‘Cobra Kai’ Season 5

However, there is a lot of history there. So, it will take a lot of time to mend their relationship in season 5. But we have witnessed some moments of softness between them here and there in the show. Tanner teases about their relationship and reveals they are trying to figure out if it’s gonna work or not.