Nothing in this world, or any for that matter, comes without a cause; certainly not in the Witcherverse. Yenna had to give up motherhood to become the powerful sorceress she is. Ciri, Geralt’s child surprise was born with elven blood. Although gifted with capabilities beyond one’s imagination, she was destined to destroy the race of her own protector. Bringing the wrath of Ciri in the name of The Witcher season 3, the Netflix original will soon have fans on the edge of their seats. Although they almost wrapped up the production, we are still getting some other news adding delight to our days. Earlier, we got to know they have recruited a new batch of mages to underpin Aretuza’s army for the Thanedd Coup. This time around, we have the band of outlaws joining Ciri after her torment in the Korath desert. This may come as excitement for many. Mind you, though. It is one of the most controversial plotlines of the saga.

The Rats join Ciri in The Witcher season 3

The Witcher nerds already know what we are talking about. However, if you are not aware, do not worry. We have got your back. Apparently, in Andrzej Sapkowksi’s Witcher Saga, Ciri, the beautiful princess of Cintra, teams up with a gang of outlaws known as the Rats in what is arguably the most divisive plotline. The Rats have experienced great psychological trauma from being exposed to the horrors of battle at such a tender age and have lost their moral sense. 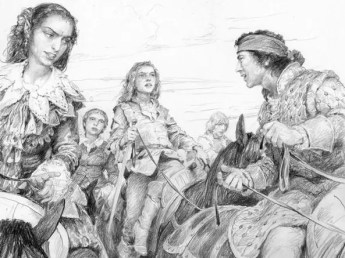 Ciri departs significantly from her normally sunny disposition when she joins hands with the Rats. Those who were expecting the series to deviate from the books from this one plotline, well, it is not happening. Sources have reported that the producers have recruited two new cast members for the controversial storyline.

Juliette Alexandra will play the role of Reef. According to books, Reef was an abandoned soldier left alone in the enemies’ territory. Yet another confirmed cast member, per sources, is Skomilk, portrayed by Nicholas Karimi. He is not a member of the Rats but another group called Trappers who will eventually lead Ciri to them. Reporters also saw actress Aggy K. Adams and Andrew Lee Potts on the sets of The Witcher. However, their roles are unknown as of now.

It seems like all of it will remain the same from the books, although there might be some changes to this contentious plot. Comment below with your thoughts on how Netflix will approach this hot potato of a storyline.

ALSO READ: The Witcher Recasts One of the Main Villains for Season 3, and No It’s Not Voleth Meir