How would you feel if you went through years and years of efforts and development, and even then someone judged you based on that one terrible day you had during your middle-school days? Clearly, it will bother you, right? Sure, at that point in time, you may have overreacted or, for once, even deserved to be criticized, but not now. Well, a similar situation conjured up for Johnny Lawrence of Cobra Kai.

Today, we celebrate the 26th anniversary of one of the best and funniest sports-based movies of all time, Happy Gilmore. Sports Center took this celebration to another level, as they put out a tweet asking for sports villains that could beat Shooter McGavin. That is where the problem began. They put Johnny Lawrence as one of the villains, and fans of Netflix’s Cobra Kai are not happy about it.

Johnny Lawrence in Cobra Kai is no villain

First of all, let us clear one thing: we are in no way justifying all the bullying Johnny did during the Karate Kid movies. However, what we (and many other Cobra Kai fans) want to say is that Johnny is no more a villain. In fact, the deeds he committed during the events of the Netflix Original actually establishes him as one of the good guys. Sure, his method may seem to be extreme, but his heart is pure gold. You will see this as you stream the show on Netflix.

Johnny has grown to be a loving father, a supportive sensei, and most importantly, a better human being. You can see the emotions in Johnny’s eyes almost all the time now. He no longer is that enraged kid who used to bash heads at one call of Kreese. Now, the new Johnny Lawrence of Cobra Kai is considerate and empathetic. And even though the rules and courtesy of the 21st century sometimes confuse him, he sure tries his best to learn. 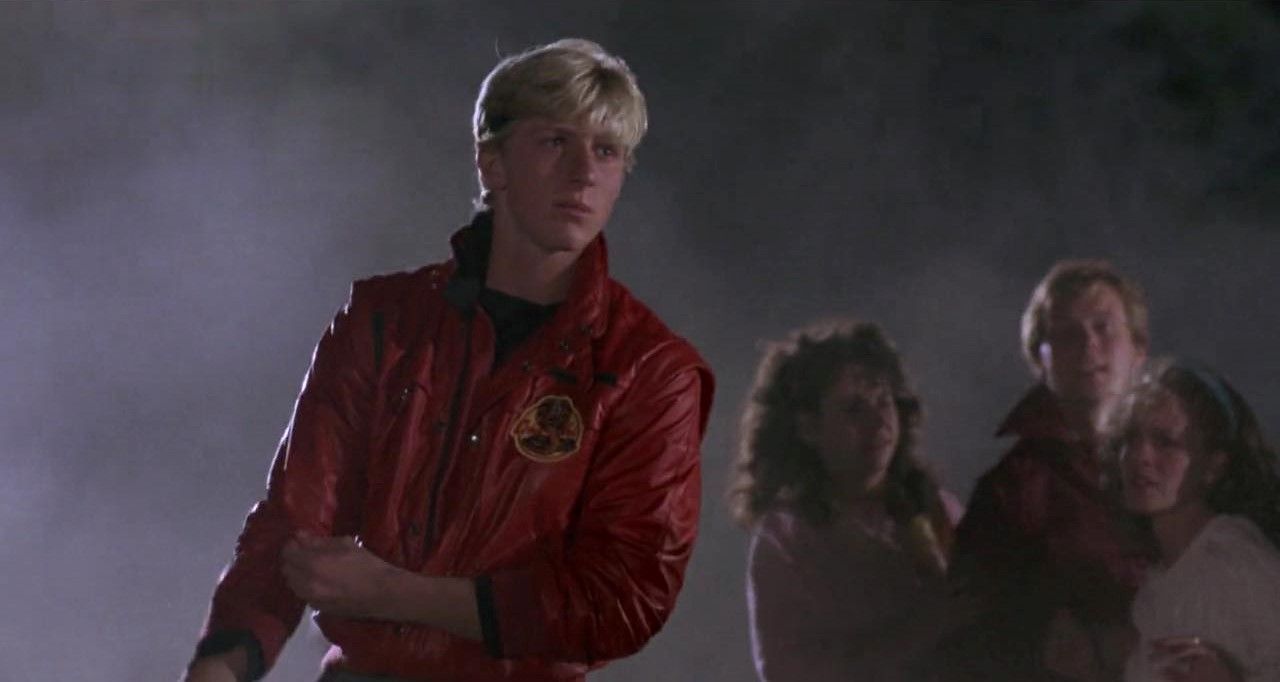 We also cannot overlook the fact that it was a messed-up childhood that created a non-existent monster for Johnny. The ill-treatment at his home from his step-father and the misguidance of John Kreese is what drove the young kid on the wrong path. But everyone deserves a chance to better themselves, and Johnny has done that very well in Cobra Kai.

Hence, we believe Johnny Lawrence no longer should be called a villain, and we are “sending it to the internet.”

Well, keeping Johnny aside, the roaster of villains from sports films is quite an impressive one. Look here:

Who gives Shooter McGavin a run for his money? pic.twitter.com/n41ehYAXmJ

Tell us who is your favorite villain from a sports movie, and you better not say Johnny Lawrence.