The month of August has been exciting for the viewers because of the new launches of shows and movies and the return of some new seasons. For instance, The Sandman, the story of The Endless, is the new launch on the streaming giant. The mythological fantasy has received a lot of appreciation from the viewers. While Never Have I Ever, the teenage drama, came back with another season along with Locke and Key, Netflix launched a new series called Echoes as well. This series aired on 19 August 2022 and is triumphing over other popular and higher-rated shows.

Echoes is triumphing over another hit Netflix shows

While Netflix is streaming many higher-rated shows, Echoes is getting a wide range of viewership. Despite getting only a 25% approval rate at Tomatometer, the show is famous among the viewers. While another Netflix original show, Never Have I Ever, also streamed on 12 August 2022. It has a 94% of approval from the Tomatometer, along with The Sandman, which has 86% of approval. However, Echoes seems to surpass the viewership despite having the lowest rating. 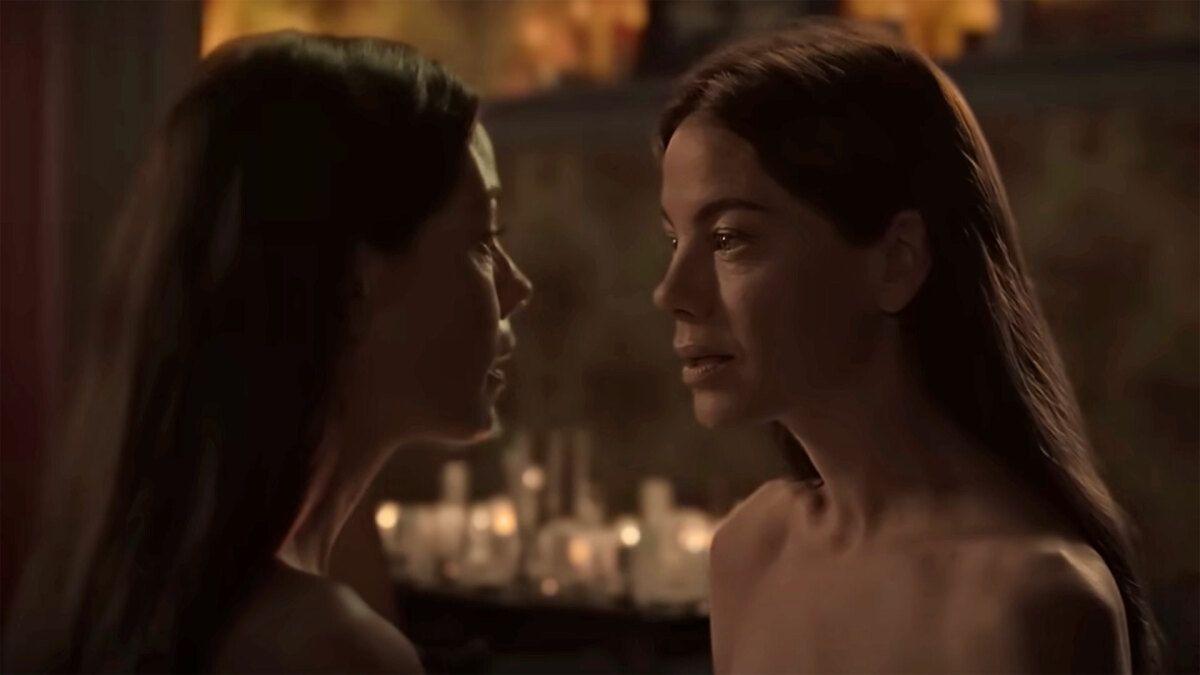 Echoes is an Australian miniseries. The miniseries is a mystery thriller about identical twins Leni and Gina, who share a dangerous secret: They have secretly swapped lives since they were children, culminating in a double life as adults where they share two homes, two husbands, and a child. Their world is thrown into disarray when one twin goes missing. This thriller stars Michelle Monaghan as Leni and Gina McCleary and Matt Bomer as Jack Beck.

ALSO READ: ‘The Sandman’ Dethroned of Its High Seat on Netflix Ranking, Proving Yet Again Teen Dramas Are Still the Thing That Rule

The reason for its popularity might be its complex yet engaging plot structure. Let us find out the reason from the viewers of the show itself here.

The reason for Echoes’ Popularity: its plot structure

Thrillers always have a complex plot structure. This show follows the story of two twin sisters. So, it is natural to be complex in a way. Let us see what the viewers have to say about it. And why they still watch the show despite it getting lower ratings.

The twins shared guys they dated even when one was married #EchoesNetflix pic.twitter.com/HSbmhvhYYL

That Echoes show on Netflix was actually crazy omg pic.twitter.com/h9BB4pvSul

Anyone watch “#ECHOES” on @Netflix??? 🤯 crazy ass series, wish there was more but it’s a MUST WATCH!

I’m watching #EchoesNetflix and I need a chart or some diagram to keep this story straight. pic.twitter.com/vSBdmdQGUD

Im only watching #EchoesNetflix because of Karen Robinson.

She doesn’t trust any of the YT people in town and it is hilarious 😂 pic.twitter.com/NpBTpkLr6g

Echoes on Netflix is so wild. Leni had people convinced that Gina was the unstable one when she's the one who needed help

Despite the complexity of the plot, the viewers are watching the show to get a thrilling experience. You can also get this experience by streaming the show here.

ALSO READ: Tim Burton Is Back With Another Story Of Mystery, Mayhem, And Murder ‘Wednesday’ On Netflix

EchoesNever Have I EverThe Sandman