The king of gothic fantasy, Tim Burton, is bringing a spooky spinoff of The Addams Family in a live-action series. Wednesday stars Jenna Ortega as a dark-haired teen who seems like a misfit in a normal High School life. The trailer has brought a fresh vision for Charles Addams’ fictional family, which first came in 1938. The storyline has been adapted several times in animated supernatural dark comedy. But the Netflix teaser, featuring Wednesday Addams and these reimagined macabre characters in the human world, intrigues fans. The show will premiere on the streamer this fall. Let’s see how the two-minute teaser has left people wonderstruck.

Wednesday Addams is not a normal teenage girl, says the Netflix teaser

Beginning with Gwendoline Christie’s voice, the official page of Netflix dropped the trailer of Wednesday yesterday on Twitter. The post captioned: “Mayhem, mystery and murder — this isn’t your average Wednesday. The teaser shows off Wednesday, the titular character playing some bloody revenge on High School kids who bullied her brother. 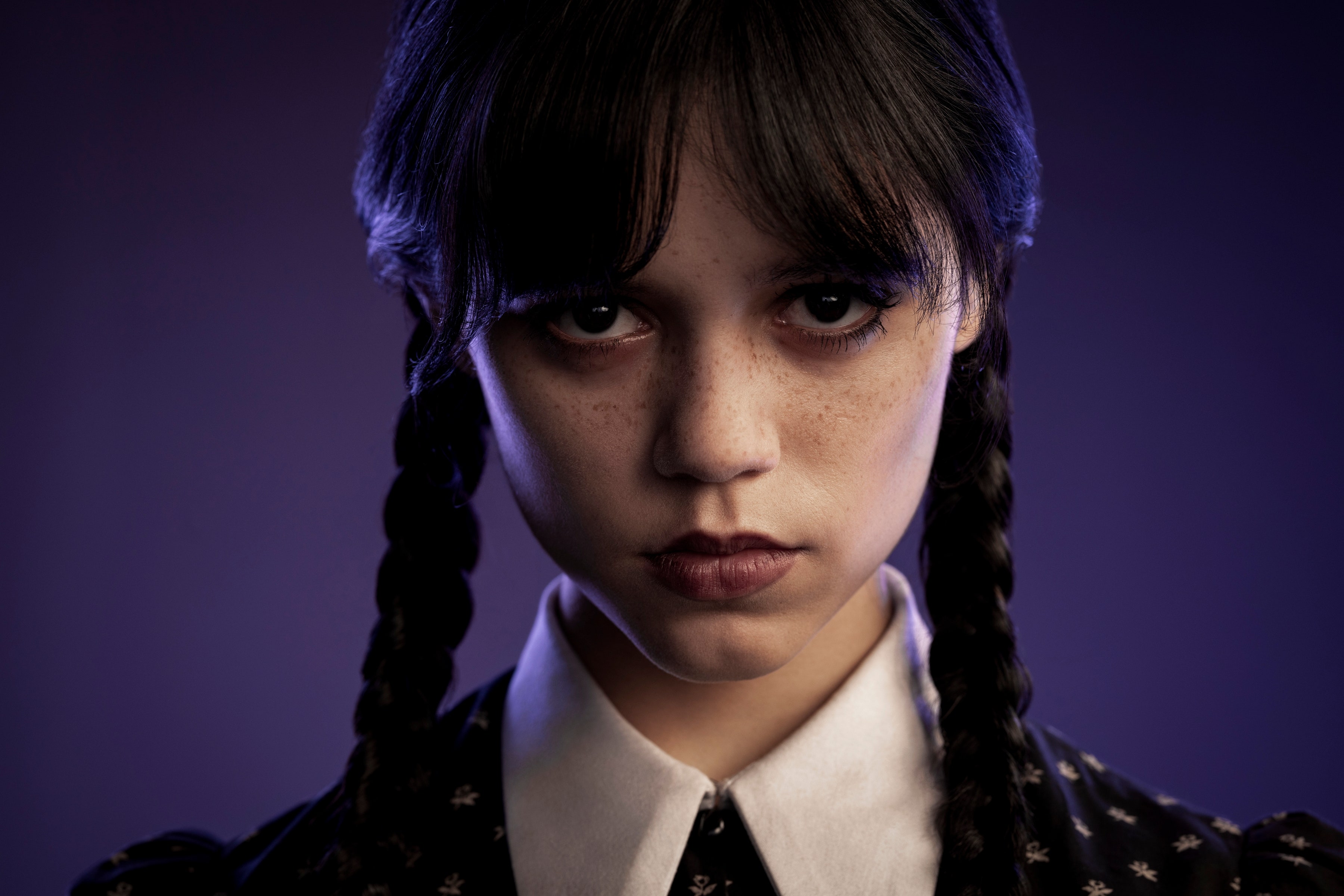 She drops bags of piranhas on the water polo team, which gives viewers an insight into why she has been expelled from eight schools in the last five years. Moreover, it seems she enjoys torturing people who try to cross her or the Addams family.

ALSO READ: How Netflix’s ‘Untold’ Creators Landed On The Story Of Manti Teo And His Girlfriend Hoax

So her parents find a suitable educational institution that will match her dark dispositions. Morticia, played by Catherine Zeta-Jones and Luis Guzmán as Gomez, takes her to  Nevermore Academy, where they first met. As Gomez says, “it’s a magical place” where kids like her attend. Watch the full teaser below!

Nevermore Academy is a home of mysteries says the trailer

The Academy gives us a feel of a spooky and peculiar place where deep secrets are awaiting Wednesday. As the official description state: “The series is a sleuthing, supernaturally infused mystery charting Wednesday Addams’ years as a student at Nevermore Academy.”

Therefore, she is actually gonna like it here, reveling in the murder mystery that ensnared her parents decades ago, while discovering her psychic abilities battling with a monstrous killing spree creating havoc in the town.

ALSO READ: Concepts Of Dream And Nightmares Redefined By The Netflix Current Hit, ‘The Sandman’

The other casting members include Jamie McShane, Percy Hynes White, Hunter Doohan, Emma Myers, Joy Sunday, Naomi J Ogawa, Moosa Mostafa, Georgie Farmer, and Riki Lindhome and the disembodied hand thing. Tighten up your seat belt to enjoy another ride into the world of Addams. Until then, keep Netflixing and enjoy some of the best shows like Stranger Things.