There have been a few occasions throughout the long journey of BBC’s Peaky Blinders, where the show revealed a key detail early into the series. We are used to Steven Knight playing his cards close to his chest, revealing bigger details only in the later parts of the season. However, things look to be different this time. In the second episode of Peaky Blinders Season 6, fans got to know a key detail. The end of the episode reveals the man Ruby has been seeing in her visions, the grey man to be precise. So what is it all about?

The first episode of Peaky Blinders set up the premise of Ruby being gifted with second sight as well. Thus, we are awaiting any predictions she made to come true. Even though the second episode didn’t really do it, it revealed some concrete details that Tommy can follow to reach the end of his problems. Ruby claimed to be seeing a mysterious man in season 6. In the second episode, she said he was a grey man. And we believe that this little detail about the grey man might have revealed who he actually is.

Well, this is the first and most obvious answer that may come to fans’ minds when they hear a “grey man” threatening the Shelby family. Why? Because he is hell-bent on taking revenge on Tommy for getting his mother killed. Michael has always been jealous of Tommy and the respect he commands among people, not to mention his close relationship with Polly. 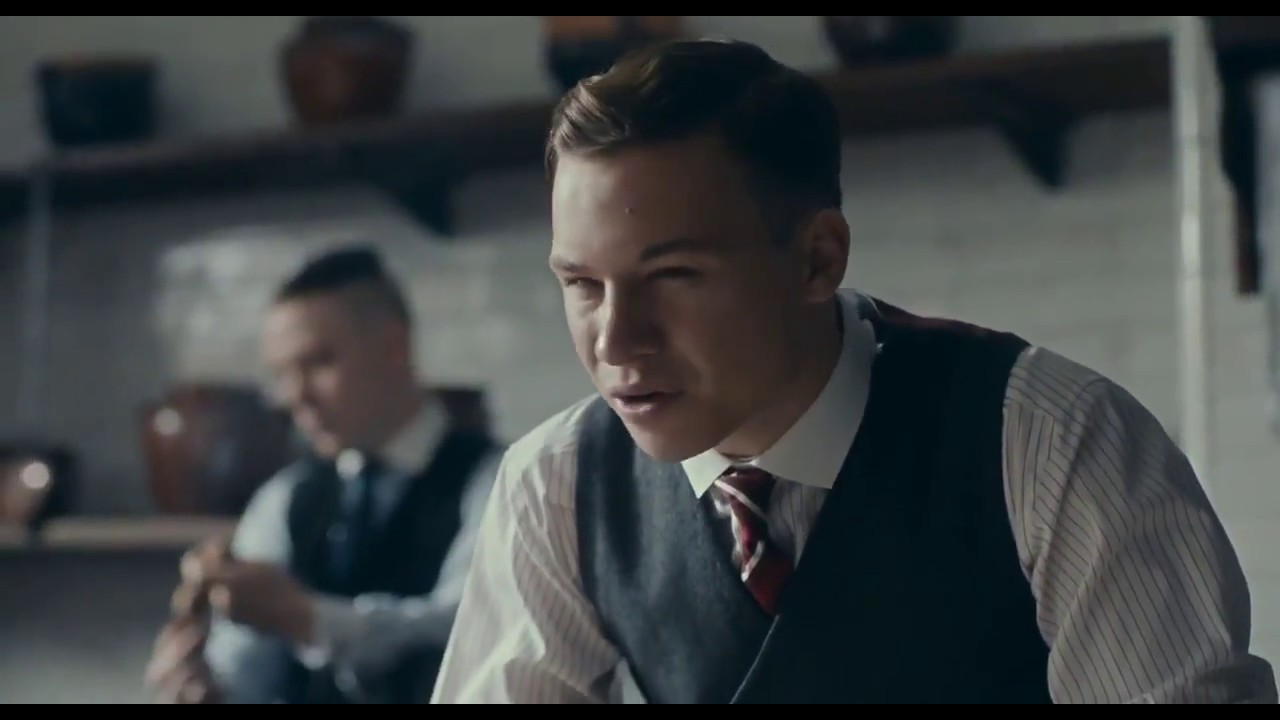 Given that, Ruby claimed to see a man with green eyes, followed by a mention of some grey man in this episode of the BBC drama, it makes us think if Michael is actually the person she is hinting at. Polly foresaw this war among cousins and warned Tommy about it as well. We hear her words at the beginning of episode 2, “There will be a war within this family, and one of you will die.”

No, we are not talking about Hitler here, because he had blue eyes. However, there is indeed a character in the show who is the face of fascism. That person of Sir Oswald Mosley. Not to take the word “grey” literally. The man from Ruby’s vision is a threat, and Mosley ties with fascism along with the introduction of Jack Nelson may hint at something big. It is also worth noting that Sam Claflin, who plays the role of Oswald Mosley, has green eyes.

The deals Tommy is making are clearly life-threatening. He has promised to sell opium to two different parties, and interestingly both the parties are the polar opposite of each other. The fascists (Jack Nelson) and the Jews (Alfie Solomon). So, Tommy is practically juggling his life at this point.

ALSO READ: THIS Key Detail in Peaky Blinders Season 6 Reveals Who Will Die in the New Season

Maybe it is Tommy himself?

Maybe this theory will feel far-fetched, but it is worth pondering upon. We saw Tommy talking about his first-ever kill to Jack Nelson. While talking about it, he said, “ (it was a) Prussian boy with green eyes. We were already underground“. Well, you see a mention of green-eyes here as well. Also, in the same episode, we see Tommy being haunted by a memory of World War 1. We see him grappling and fighting with a man coated in grey soot and rubble, only to be revealed he is not really there.

These hallucinations and visions that Tommy is having may just draw the path of his own destruction. Considering the danger Tommy is, it will not be a surprise to see him being the only reason he dies. It may seem like a cliché, but that’s just the man he is, unmitigated danger.

Tell us who do you think is this “Grey Man” in Peaky Blinders?