It feels fantastic to have those summer rains, doesn’t it? Those blissful showers of gentle water, just in time to soothe us. Well, something similar happened with the fans of Netflix’s hit Regency drama series, Bridgerton. Ahead of the release of season 2 of Bridgerton, a world premiere of the series was organized in the beautiful British city of London. A lot was served to the audience, with talks, games, as well as a special clip ahead of the season release. However, at the center of everything was the new love triangle comprising Anthony, Kate, and Edwina.

At the event, the trio was in a conversation with the host Clara Amfo, and they had a lot to share with the audience. In the rather jolly conversation, we learn a lot about the show and also the characters of Edwina and Kate, aka the Sharma sisters. And, of course, some great insights into the character of Anthony Bridgerton. If you are wondering what all happened at the interview, we have gathered everything you need to know.

As one of the first members of the Netflix drama series Bridgerton, Jonathan Bailey is indeed a character that everyone would always monitor. And when it was confirmed that Bridgerton Season 2 would focus on his story, the world reveled in happiness. Also, this was the first time an event this big was organized for the series; thanks to the immense success it has received on Netflix. Hence, the actor was thrilled to share the space with people. “It’s amazing to be in the same room as everyone,” Bailey said.

After Clara addressed the mood of the night, talking about the love the cast have among themselves, Bailey was quick to add to that. Jonathan indeed comes across as one of the finest humans. While talking about the two actresses accompanying, he told Clara about how amazing it is to them into the world of Bridgerton. “There is no Bridgerton world without the Sharmas now, as far as I am concerned,” he said.

Jonathan also talked about the changes his character Anthony Bridgerton goes through in season 2 of the Netflix Original. How he will have a lot of self-reflection. And also turn into the very best of himself before he meets Kate Sharma. What is adorable is that the actors already share this rather lovely chemistry. This makes us even more excited about the season.

ALSO READ: “The humanity in every character should feel universal”: Shonda Rhimes on Promoting Representation Through ‘Bridgerton’ Season 2

Clara asked Simone if this was something that she wanted to do after the very first read. And Simone actually said yes to that. After the readings with Charithra and Jonathan, she actually felt that she has to do this. “I just knew that this was a story I want to bring to life,” she said. She also revealed the excitement that comes with being a part of the love triangle that is the centerpiece of Bridgerton Season 2. 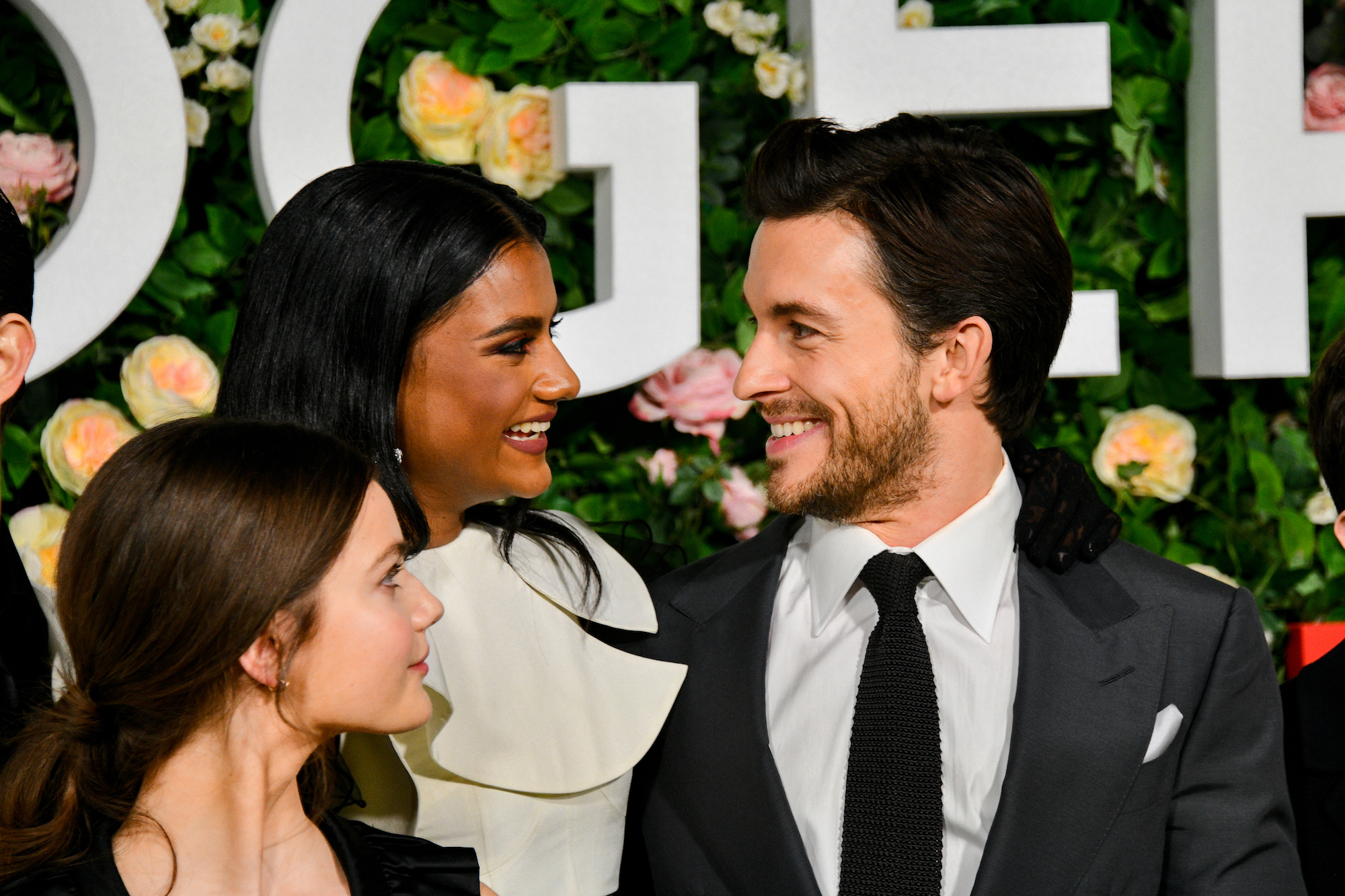 While talking about her first day at work, Charithra described it to be “absolutely mental“. They shot a scene with everyone on the Bridgerton cast. Which was also a great experience as they got to meet everyone, Charithra pointed out. The on-screen sisters also talked about the special element they bring into the show. Simone said, “there is no one really quite like them“. She further highlighted that the sisterhood of Kate and Edwina is very special.

Charithra highlighted a very prominent difference between the Sharma sisters and the other siblings of the London Ton. She said that, unlike the Featheringtons or Bridgertons, they actually grew up in isolation and they only had each other. “It’s really an exploration of sisterhood,” Charithra described the journey of her and Simone in Bridgerton season 2. She explained how there is unparallel love between Kate and Edwina, but also this tendency to have problems.

Tell us what are your thoughts on how the Bridgerton Season 2 will see the sisters develop?

The second season of Bridgerton will be available for streaming on March 25, 2022, on Netflix.