The Canadian-American actor, Ryan Reynolds, has been living in the USA for a long time now. It’s always a special feeling when you even think about your native place or country when you’re living far from that. If you remember the show How I Met You Mother, there’s a character named Robin who is from Canada. Whenever she thinks about it or even visits Canadian restaurants in the USA; she seems emotional yet happier. Well, this Canadian actor also felt something like that when he received the National Award. 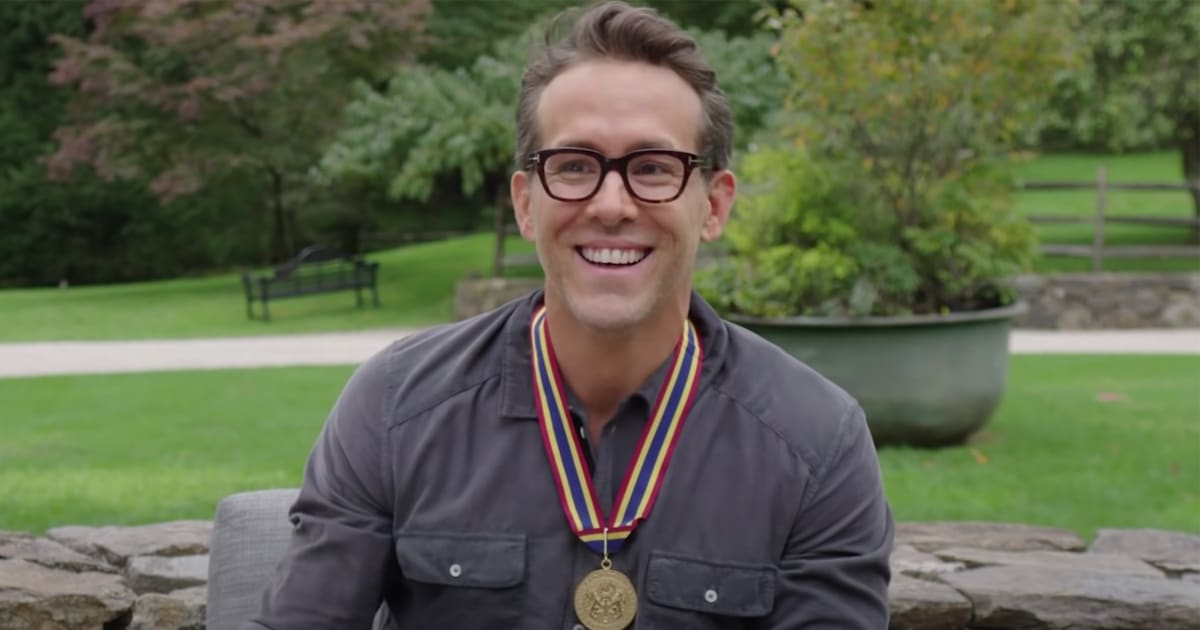 There are many layers hidden behind this great layer of being an actor. The Deadpool actor and his wife Blake Lively are not only in the profession together. They both are into charity as well. They have donated food and money and have been working for the betterment of the underprivileged as well. The Proposal star has won many awards in the industry and outside it. The actor got recognition for his vast acting skills, especially for his Deadpool movies. This award and a surprising video with it made Ryan emotional and speechless.

Ryan Reynolds still feels emotional because of this video

In 2021, Ryan Reynolds became the recipient of the 2021 National Arts Centre Award. It is a part of the Governor General’s Performing Arts Awards. It recognizes the work of an extraordinary nature and significance in the Performing arts. The National Arts Centre selects the recipients. The Green Lantern actor became the well-deserved one to receive this prestigious award.

Still chokes me up.

Along with the award, the actor received a video, appreciating him and showing their love for the actor. ‘\Canada Loves You Back by Steven Page made the actor cry. Recently, Iain Lee posted the video of Ryan listening to the song for the first time and feeling overwhelmed. He wrote, “Watch Ryan Reynolds hearing this song for the first time and bursting into tears.” Ryan commented, “Still chokes me up.”

ALSO READ: “That’s a long-standing dream of mine”- Ryan Reynolds on Why Driving Over Hugh Jackman Is Important

Some moments in our lives are extremely special. We cannot and would not let that feeling go ever. Going down memory lane and revising those moments makes us feel mushy still. Therefore, it is understandable when Ryan feels like crying still. The Canadians love and adore this actor a lot. Thus, when he saw the video, even Deadpool couldn’t stop his tears.

Are you also a Ryan fan? If you had to write even a line or two for this American-Canadian actor, what would you write?