The Stranger Things fame, Millie Bobby Brown, has been an inspirational figure for many girls and women. The actress has been winning hearts with her acting skills, charming nature, and singing as a hobby. But she won many girls’ and women’s hearts by showing up suddenly on the field while pushing the young athletes to be stronger and better. 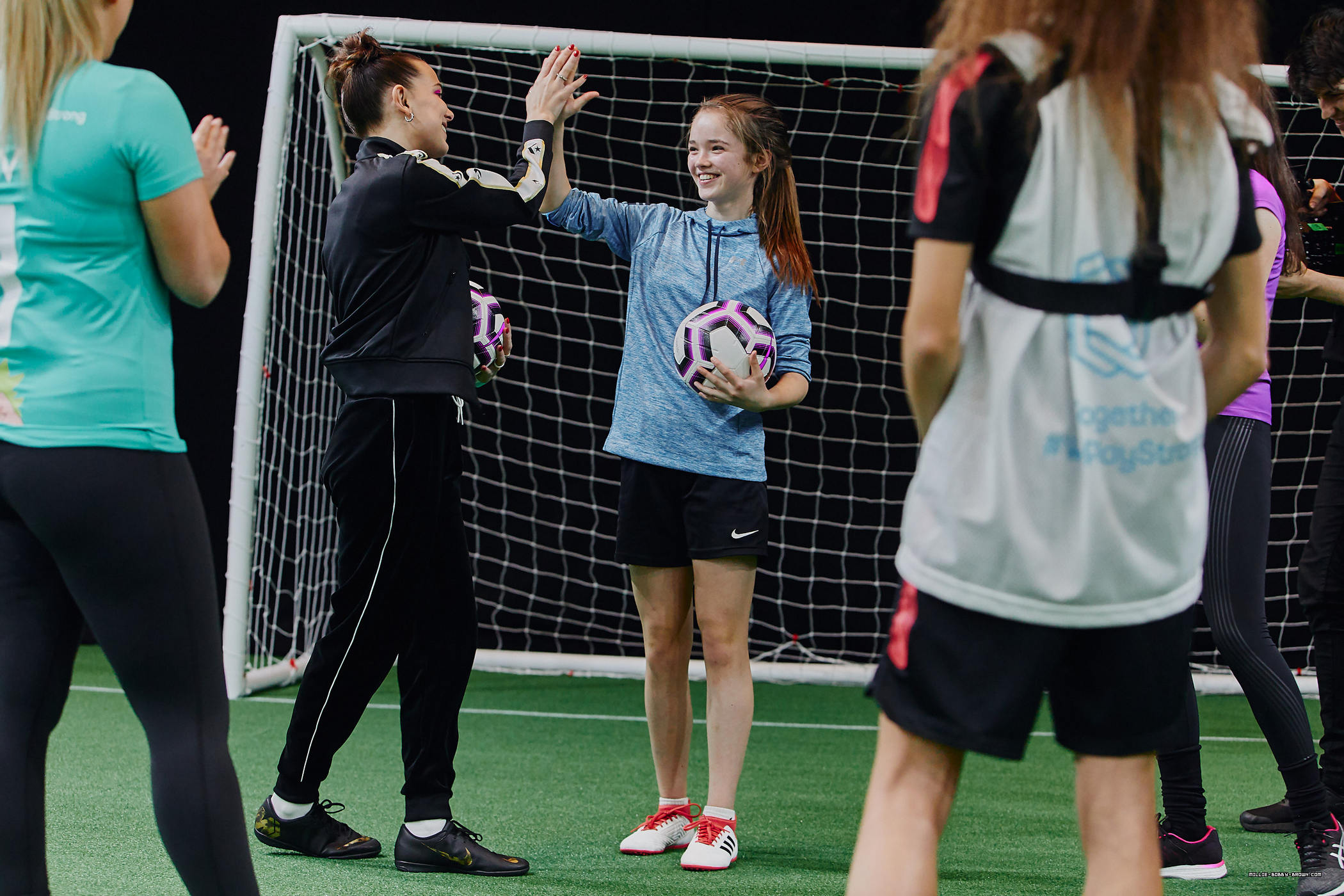 The Enola Holmes actress had many difficulties before she got her role in the Netflix Original sci-fi supernatural drama, Stranger Things. The 18-year-old actress always thought she wanted to inspire people through her role as Eleven. While keeping that in mind, Brown kept on achieving one thing, then the other, and also became the ambassador of Together #WePlayStong Squad. Since she loves to inspire people, especially girls and women, she went to the field and surprised the young women players.

As a young aged actor, Millie Bobby Brown has achieved so much that she has become a brand now. As a part of her partnership, the young English actress went to surprise a group of young girls. When she was in the car, she revealed, “I don’t have any skills.” So, she joined them in their football skills session, which was organized by UEFA.

While keeping the boys on the equal horizon, Millie revealed she loved the game for various reasons, which have nothing to do with gender. She revealed they could play in a team and build friendships with each other. She explained to the girls they all could be together as girls and form friendships and be a team.

The young actress shared an incident from her school days, when she had a dream of becoming a football player. But because she didn’t have a girls’ team at school, she couldn’t fulfill the dream. She inspired those young girls to not give up on their dreams and follow them with all they had. After all, doing the same, she achieved the monumental success she has today.

Have you watched them in her recent Netflix Original film, Enola Holmes 2? Share your favorite thing about Millie Bobby Brown in the comment box with us.