Netflix recently premiered a thriller movie created by this brilliant duo of The Russo Brothers, The Gray Man, on 22 July 2022. The movie has a lot of action and even more excitement. All the actors, Ryan Gosling, Chris Evans, Regé-Jean Page, Ana de Armas, and Dhanush, have portrayed the most powerful characters. Chris Evans, in particular, who plays Lloyd Hansen, is the man who runs his own agency. Hansen breaks all the laws and is determined to catch the CIA’s most valuable asset.

Chris Evans, in order to look the ruthless mercenary, has a defining mustache. Along with taking on the annoying attitude, he has changed his appearance in the movie. At the premiere of his other movie, Lightyear, Chris talks about the ‘stache and throws a weird question.

The Marvel hero, Captain America, who helps to save the world from getting destroyed, here destroys every possible law and creates the most destructive situation. The Gray Man star Chris Evans plays the anti-hero, who doesn’t possess a moral compass. He enjoys torturing people and loves the hunt more. 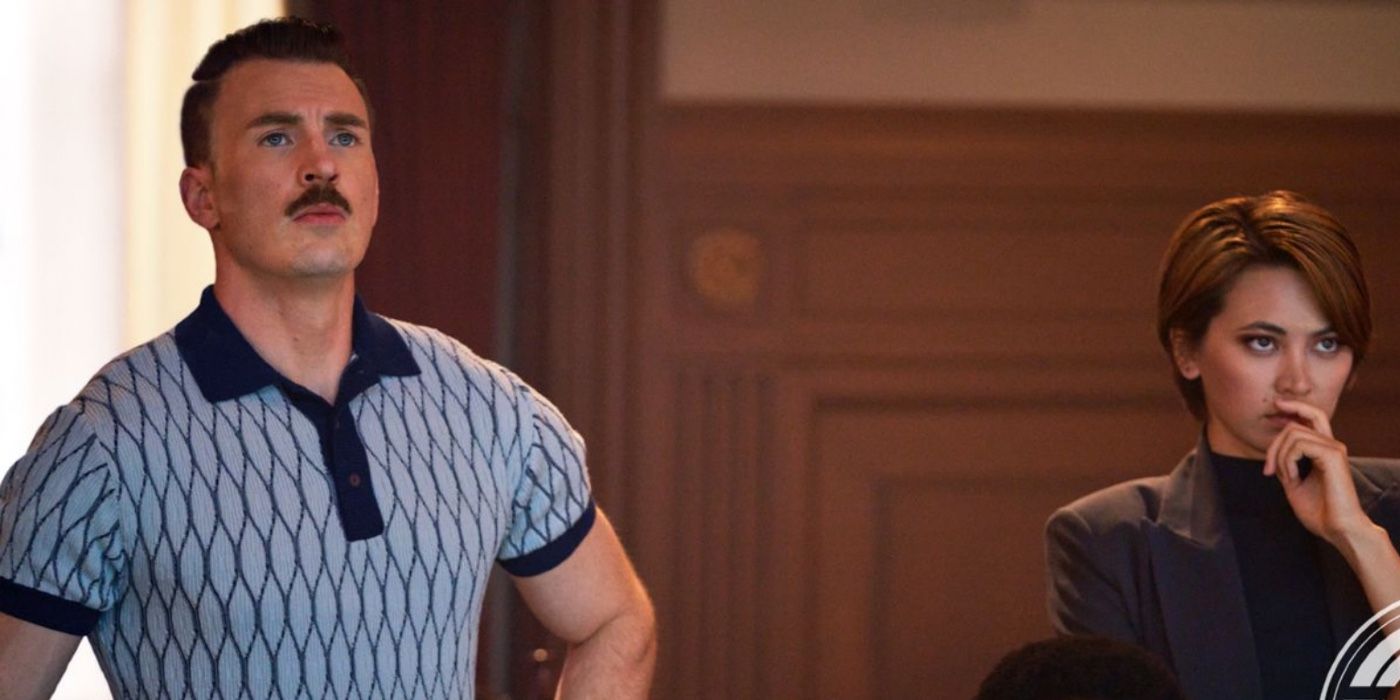 Chris Evans has given his voice to Walt Disney Pictures’ recent movie Lightyear. Chris plays Buzz Lightyear, who tries to find his way back home after being marooned on a hostile planet. At the premiere of the movie, The Gray Man actor gets some questions about his part in the movie. He talks about how he feels about being a part of this iconic franchise and giving voice to this amazing character.

ALSO READ: Ana de Armas and Chris Evans Blush and Crack Up as ‘The Gray Man’ Actress Teach Him to Flirt in Portuguese

And then he gets this obvious question as his character in Lightyear doesn’t have a mustache, but his The Russo Brothers created The Gray Man character does. So, the interviewer says he’s been meaning to ask this question about the mustache. And this is what the actor had to say:

Chris Evans has a question for you now that The Gray Man is on Netflix: pic.twitter.com/MFynvDlf97

As the movie is out now, the streaming giant posted this clip on Twitter. To answer that, Chris asks him back, “Ah! What do you prefer? Mustache or no mustache? Be honest.” Well, the interviewer personally likes the 40-year-old actor with a mustache. Not surprising to hear that Chris himself likes his look with the mustache.

ALSO READ: Chris Evans Shows Off His Exquisite Tongue Game in an Interview

Throughout the movie, besides his skilled acting, his mustache got the attention of the viewers as it gives him the look of an anti-hero. But we would like to know, which Chris do you like the most, with a mustache or without a mustache?