The brutal monster butcher of The Witcher and the girl with telekinetic powers of Stranger Things are again here as the glorious Holmes siblings to crack down on the most mysterious cases in London. Henry Cavill portrays Sherlock Holmes in the movies, and his brand new look for the sequel is everything fans are pining for! 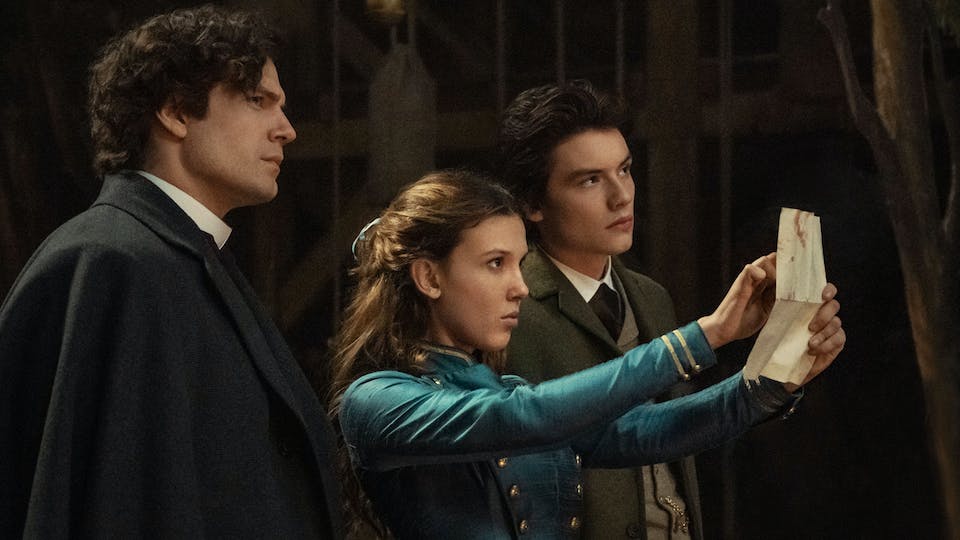 Netflix finally unveiled the trailer for its most anticipated movie of the year, Enola Holmes 2, at its Tudum event on Saturday. From what the teaser clip suggests, the younger sibling would skim through the alphabet and find clues in places unimaginable to prove her worth. However, let us also not underestimate the legendary Sherlock Holmes himself. The British actor has once again nailed the fit, and his rendition of the detective would just keep you on the edge of your seat.

As the streaming giant tweeted the 2-minute clip yesterday, fans gathered to bask in the glory of the most exuberant creation of Arthur Conan Doyle.

Cavill has this knack for playing some most intense and complex characters ever made in history. While the newly launched trailer hints fans will get more of Superman actor, the 39-year-old Britt has already set their hearts on fire through a few glimpses of his splendid work. From the comments section of Netflix’s Saturday tweet, one could safely say that fans are head over heels for his detective avatar as they almost go into the fangirling mode for none other than the very handsome Henry Cavill.

Well, who wouldn’t want to feast their eyes with a brim full of shirtless Henry Cavill?

sherlock can breed me

A few fans are also trying their luck to get Enola’s brother’s number! Perhaps they will need to have the mind of a detective to get what they desire.

Enola, can I have your brother's number?😗

Daddy Cavill is back.

I’m glad to see Henry’s Sherlock will have a much bigger role this time!

Are you excited to see Henry Cavill play Sherlock Holmes in the most iconic way possible? Let us know in the comments below. Enola Holmes 2 will be on your screen on November 4th with yet another mind-boggling mystery. Meanwhile, if you haven’t watched the parent movie, go stream it right away, only on Netflix.

Also, stay tuned with us to find more clues about your detective fiction ever made in history.