Peaky Blinders Season 6 made a return in an iconic manner, to say the least. The signature style of Tommy, the beautiful setting, and most importantly the historical references make us go through books regularly. Steven Knight is indeed a man fascinated with incorporating historical events in his work, and he does is so beautiful that we almost take it to be actual history. Well, it is never actually the case, but it sure makes us realize the prowess he has as a writer.

The sixth season of the show started off with a 4-year jump. Following the death of Tommy’s beloved aunt Polly Gray, the show dropped us right onto the French island of Miquelon. Amidst the era that marked the end of American prohibition, we see Tommy trying to make a profit out of the situation. And in that process, he sought a powerful American man, Jack Nelson. But who exactly is Jack Nelson? Does he have a historical aspect to him, just like many Peaky Blinders characters? Let’s find out.

Well, it comes as no surprise that like many iconic characters of the series, Jack Nelson has an actual historical figure as an inspiration behind him. Joining the likes of Billy Kimber, Winston Churchill, and, of course, Oswald Mosley. But who exactly is the real-life Nelson? The man that inspired Knight to create the character of Jack Nelson in Peaky Blinders Season 6 was a certain someone called Joe Kennedy Sr. And just like Nelson, Kennedy was indeed a close confidant of the President of the United States.

We see Nelson being the man in control of Boston, in fact, the very place where the real Kennedy dynasty started from. Joe Kennedy was always a powerful man, marrying the daughter of Boston’s mayor, John ‘HoneyFitz’ Fitzgerald, Rose, with whom he had 9 children, one of which rose to be the POTUS. He was the son of Patrick ‘PJ’ Kennedy, another powerful business and arch political rival of Fitzgerald.

The story arc where Jack Nelson travels to England to buy import licenses for liquor is indeed something that happened in real as well. This, in fact, helped Kennedy earn a lot of money, but his real wealth came from somewhere else. He earned his money from the same event where Michael and Tommy faced a significant loss of money, i.e., the stumbling of stocks at the New York exchange. He then invested in real estate, profitable companies, and when everyone was losing money, he made a ton.

ALSO READ: Who Is “The Grey Man” in Peaky Blinders Season 6?

As mentioned before, Kennedy was very close to the President, so close that he had invested in businesses with Franklin D Roosevelt’s eldest son, Jack Roosevelt II. Hence, Roosevelt was also the person who started off Joe Kennedy’s political career. He appointed him as the US ambassador to Britain in 1938. Kennedy was a man under the influence of the fascists and, in fact, suggested the American President appease Adolf Hitler and abandon the United Kingdom.

Joe Kennedy was also an anti-Semitic. Hence, when you see Tommy threatening him, by saying he may sell the opium to the Jews, it hurts him both financially and morally. 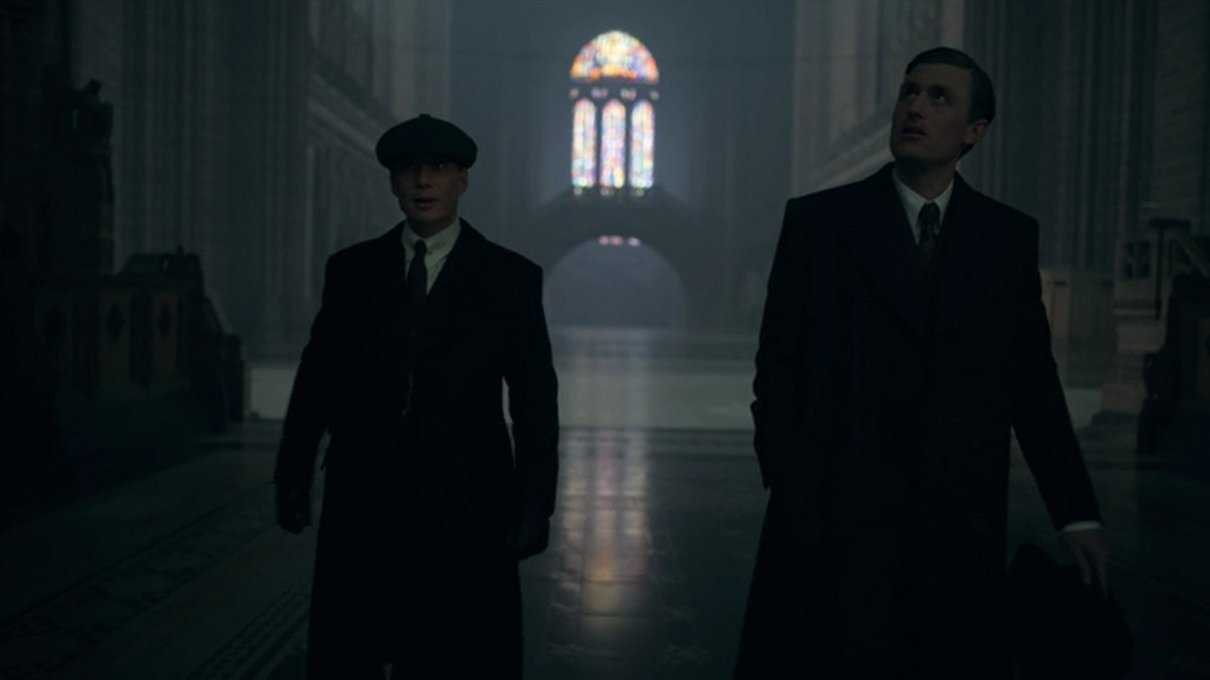 He also had big ambitions for his children and even wanted his sons to have illustrious political careers. He famously said, “One of my sons will be president“. However, he was very biased with the treatment of his sons and daughters. While his sons enjoyed an active social and sexual life, his daughters could never have boyfriends. Interestingly, he could actually make his dream come true, and one of his sons became the President of the United States, thanks to all the money Joe had gathered which funded the campaign.

Now the question remains: how much of this will translate into Peaky Blinders Season 6? And the answer will only be revealed in the further episodes of the series. So, all we can do is wait and speculate. Tell us what are your predictions for the story of this season?