DC and Marvel fan wars got even more intense when reports about Henry Cavill meeting with Marvel executives started flying in. It was believed that he was going to play Doctor Doom in Marvel’s phase 6 but that turned out to be false. With the warring fandoms, a DC and a Marvel crossover were never on the table. However, this promotional advertisement featuring Cavill and Scarlett Johansson was probably the only thing we got as close to getting a crossover between DC and Marvel. 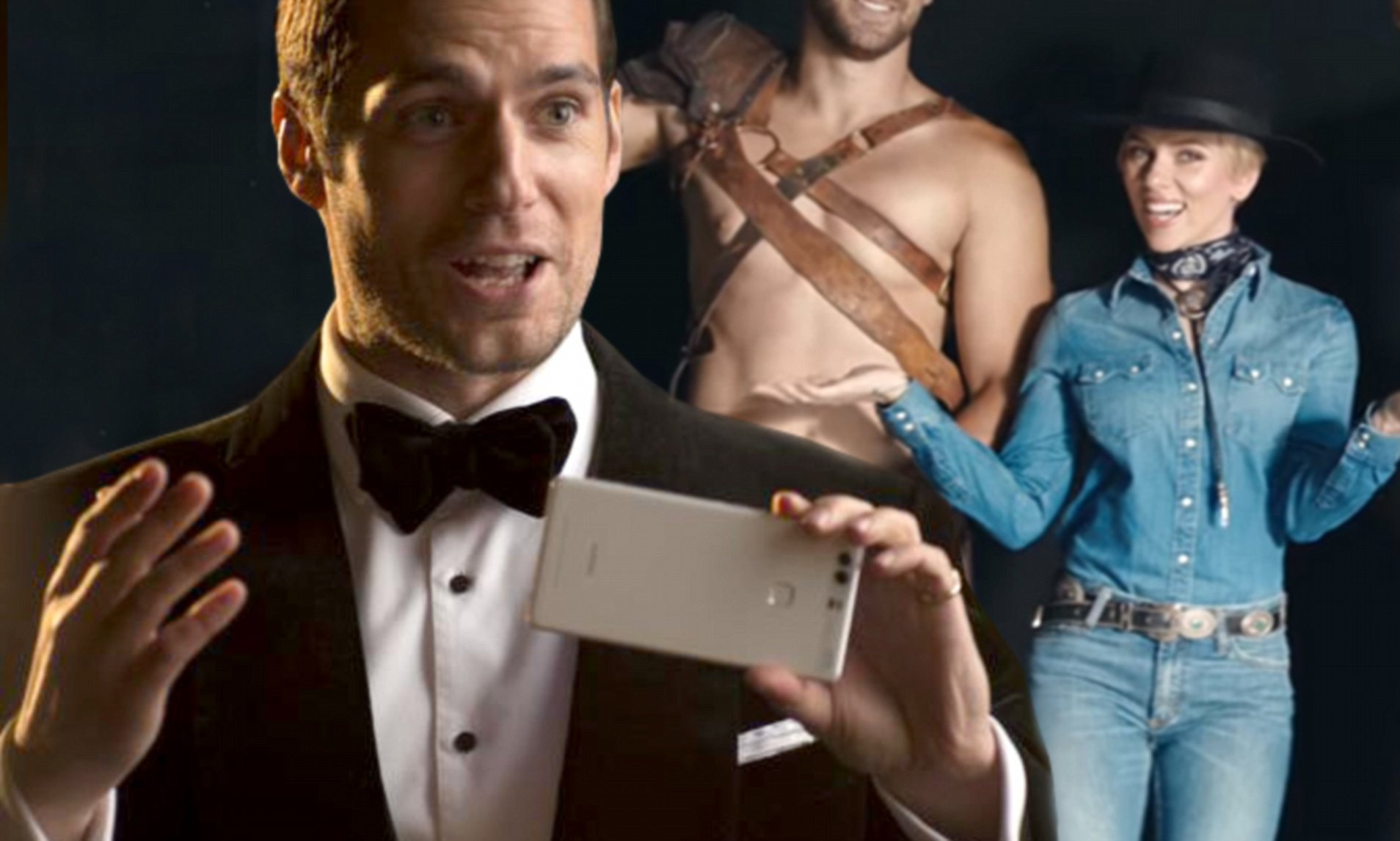 What happens when the most handsome man alive and one of the most beautiful women alive pair up? Eyegasm. Check out their extraordinary visuals in this years-old promotional clip!

A pair that we want on screen: Henry Cavill and Scarlett Johansson for Huawei Ad

The Chinese smartphone company had snapped up the two A-listers, for a promotional shoot for their P9 flashing smartphone range in 2016. Dressed to the nines, Henry Cavill is seen attending a movie premiere before sending a snap with his P9 to Scarlett. She returns the favor with her own selfie. They continue to exchange snaps sending each other photos of puppet shows, sand dunes, smoke-filled sets, and city nightscapes. While Henry looks dapper as always, Scarlett looks ravishing in the black outfit with her short blonde hair. She switches it up with a cowboy costume later.

Huawei is not so subtle in promoting the greater-than-good camera potential of its then-new P9. They had collaborated with camera company Leica for their P9 range. Of course, the combined star power of Scarlett and Cavill helped boost the brand image of the smartphone company in the West.

Cavill had also shared the scenes footage of the promo on his Instagram. Even Cavill was enamored with Scarlett’s beauty. He wrote in his caption that it’s hard to look good beside her!

Scarlett’s last outing with Marvel, Black Widow, received a lukewarm response. While Cavill hasn’t donned the latex in a while. But he has The Witcher, and Enola Holmes coming out later this year.

ALSO READ: How Henry Cavill Got Through Zack Synder’s Test for His Iconic ‘Superman’ Role

Do you want them to pair up again?