It’s a gift to the city for its hospitality

The creator of the series, Breaking Bad, Vince Gilligan was the one to come up with the idea of life-size figures of the iconic duo. Apparently, this came to him after sculptor Trevor Grove had initially created a tiny Walter White wax figure. Vince immediately had a brilliant idea to add his partner Jesse in the mix and give it to the city as a gift where they shot the majority of the series. “In all seriousness, some folks are going to say, ‘Wow, just what our city needed.’ I get that. But let me tell you what I see when I look at these two works of art: I see two of the finest actors America has ever produced. I see them in character as two larger-than-life tragic figures, cautionary tales, world-famous ones at that,” explained Vince. 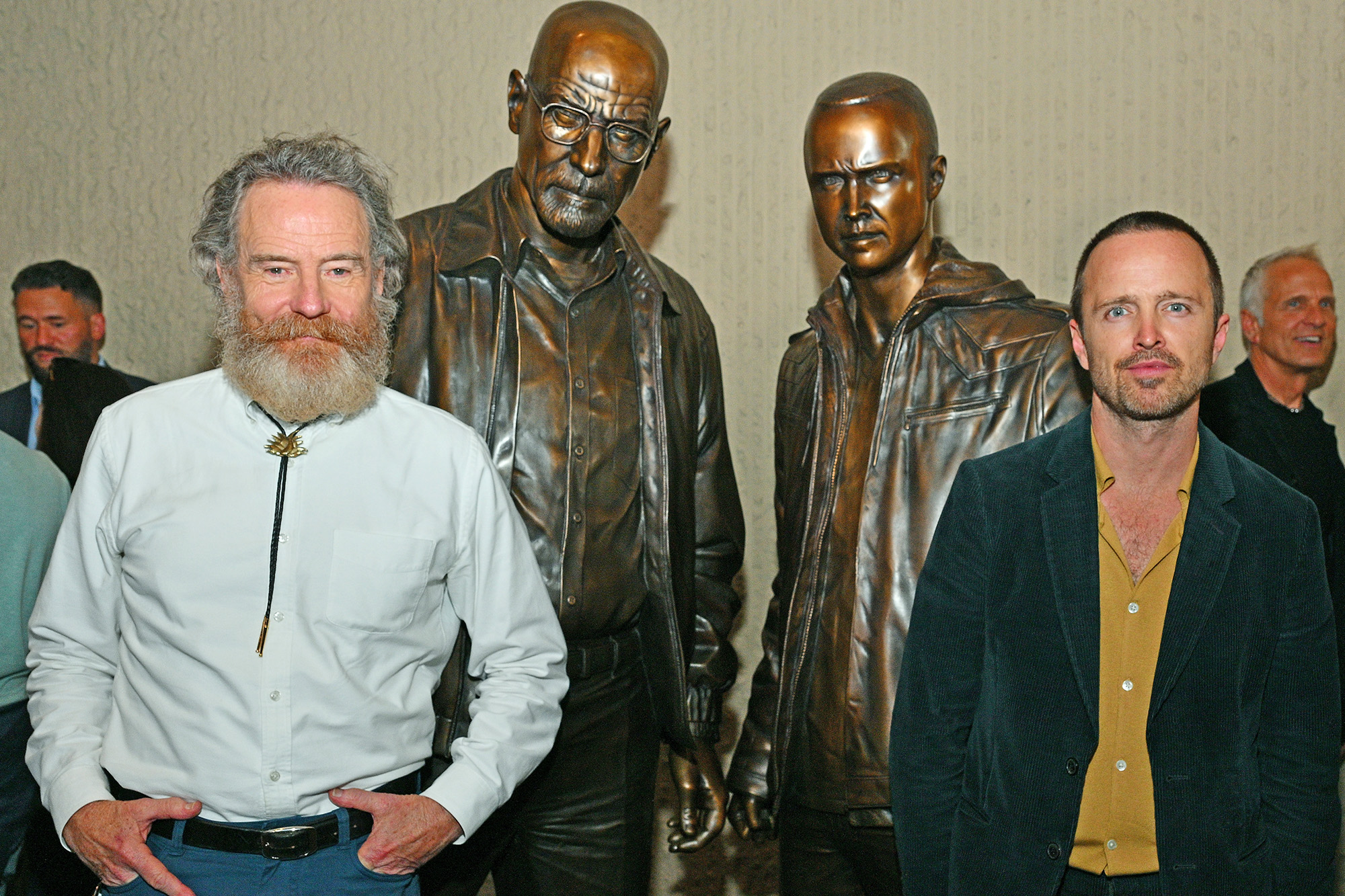 Breaking Bad stars appreciate the tributes to their characters

Aaron was highly emotional, claiming how the show saved his career when he was going through a financial crunch. Meanwhile, Bryan was more upbeat about the whole thing. He joked, “We were praying that we wouldn’t look like Cristiano Ronaldo. That was our big hope. Have you seen that one? Google that. There’s no preparation for saying you’re getting a statue. I’m just rather grateful that it’s indoors so that the pigeons won’t crap on our heads.” 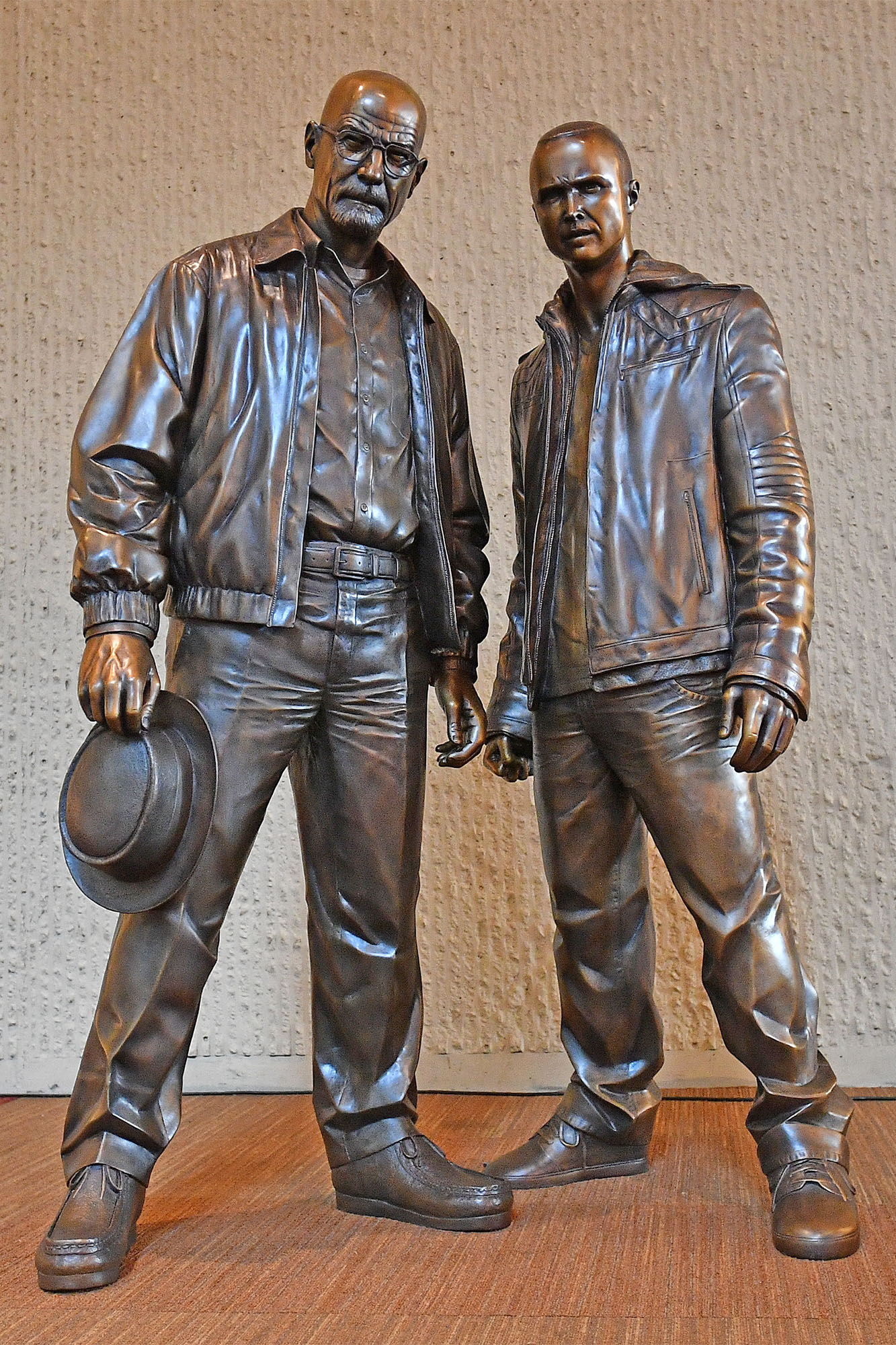 The stars may appear in the final episode of Better Call Saul this Monday. While we await them, share with us what you think of these statues.

ALSO READ: Hold Your Horses, You Have Got Years, ‘Breaking Bad’ Is Leaving Netflix but Not Too Soon