Nicki Minaj is one of the most well-known faces in the music industry. With a career spanning more than a decade, the Bang Bang hitmaker is the first woman to have 100 Billboard Hot 100 Hits and an astounding 114 entries total to date. Furthermore, Minaj is also popular for her fashion sense and hairstyles. However, despite having such an impactful and successful career, Minaj has also been subject to discrimination. Strange as it sounds, one of the most popular female rappers recently made some shocking revelations. Interestingly, it seemed like Minaj even took indirect shots at Billie Eilish.

American pop star Billie Eilish is an icon. The American singer has achieved success at a very young age and is a sensation among the masses. Although Billie and Nicki have not had any feud in the past, did the Bang Bang hitmaker really take a dig at Eilish? Let us find out.

Did Nicki Minaj take a shot at Billie Eilish?

Previously, Nicki Minaj appeared on the Joe Budden Podcast hosted by former American rapper Joe Anthony Sudden II. In the podcast, the Trinidadian rapper expressed her disappointment as she revealed how she feels excluded by fashion magazines. Apart from her music and incredible makeup skills, the rapper is widely popular for her pink hair color.

The Starships hitmaker revealed, “Everybody knew me for wearing pink wigs. You would think the biggest female rapper of all time, who has set so many trends, would have been on the cover of American Vogue, but she hasn’t.”

Furthermore, Minaj specifically pointed out fashion magazines for celebrating white artists such as Billie for setting the hair color trend referring to the time when Eilish was on the cover of American Vogue with her green hair. 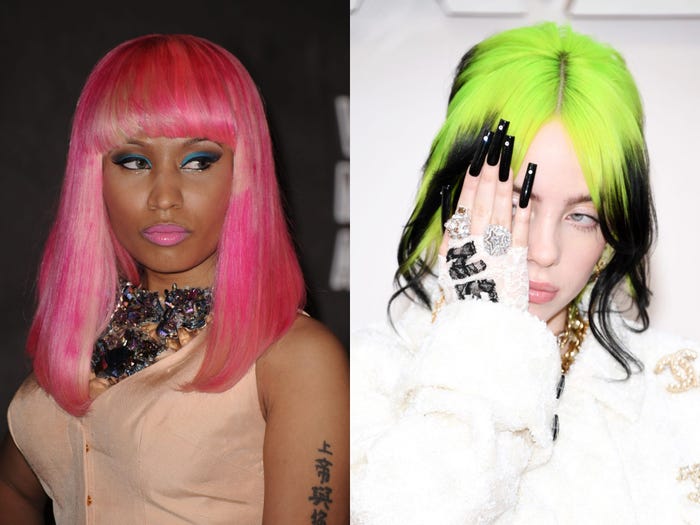 Minaj even admitted how she was asked to remove her pink hair for magazine covers while other celebrities were not. However, the rapper made clear that she had no problem with either Eilish nor Vogue’s editor-in-chief, Anna Wintour. Instead, Minaj revealed how she was a fan of the ‘Bad Guy’ singer, claiming how Eilish has got everybody wearing a certain hairstyle.

ALSO READ: Throwback to Billie Eilish Reminiscing One Moment in Her Career She Will Never Forget

What do you think about Minaj’s claims? Do let us know in the comments below.