The popular American Emmy-winning actor and comedian, Sean Hayes is a timeless classic. He overtook Jimmy Kimmel Live show a month ago in Jimmy’s absence and got the audience cracking up to their last breaths. The fans enjoyed watching the guest host as they hadn’t seen him being so hilarious since Will and Grace. Sean had some things to sort out with his bud, Jason Bateman, the director and the leading actor of this year’s best crime and thriller series, Ozark. While humorously enlisting his achievements in a sarcastic way, the host said he has had a prime role in Ozark but Jason cut him off.

Let’s find out how it went with the audience. 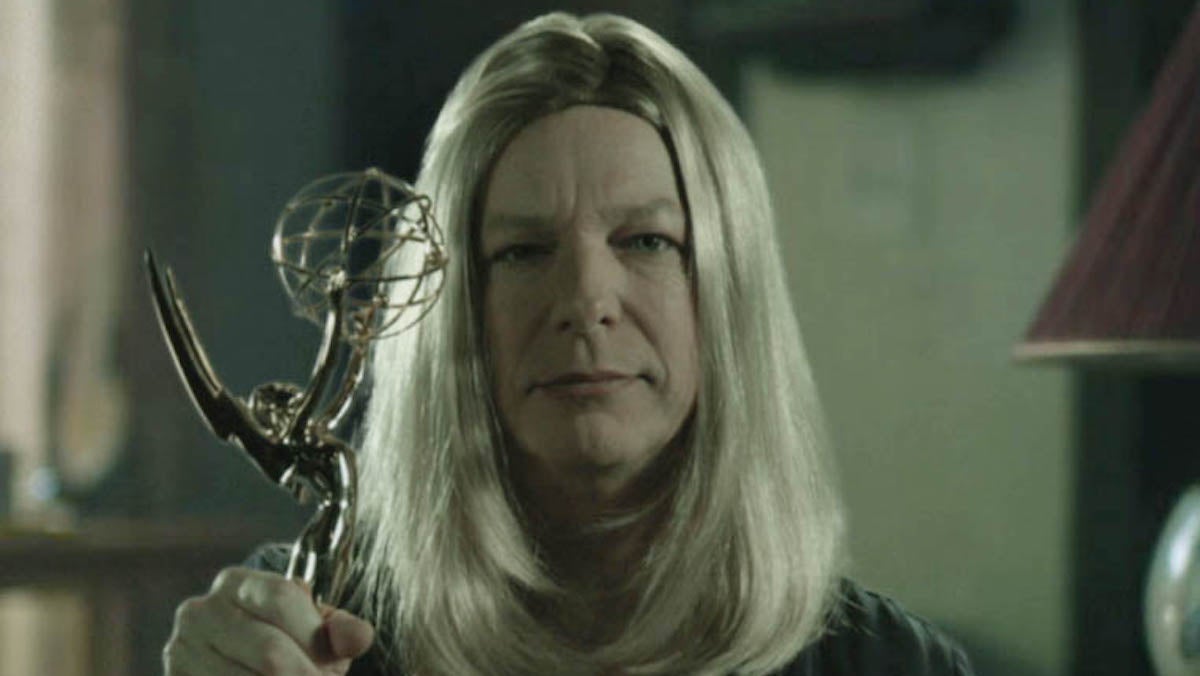 The host claimed he’s clearly a very talented actor but he has also had his share of rejection.

Most people must be unaware of this but the actor pressed on the fact. “I was in the original cast of Ozark, with my buddy, Jason Bateman. We shot a few episodes but ultimately they thought he wasn’t the right fit for the show,” said Sean. He further said Bateman to his credit was gracious enough to give him the footage from the scenes he’s shot.

With this, he shows the crowd video-shopped footage of episode 3 of season 3 from Ozark. This is the scene where Wendy (supposedly) confronts Marty about going behind her back. Marty claims he is trying to protect the family but Wendy says she is TIRED of that excuse. This Ozark parody video replaced Laura with Sean and his Sean-o-logy who took up the mantle in the therapy episode. This bit was a chef’s kiss to the show. Fans laughed their lungs out watching Sean imitating Laura in the Byrde-style heated argument in the scene.

“So who’s the loser now, Bateman?” said the host with a joking remark! It was all fun and good until fans were hit by the realization that Ozark is over. The Netflix hit series was first aired in 2017 and ended this year in the month of April. The leading actors especially the politician-turned-cartel-owner Wendy Bryde played by Laura set the bars too high for other series in the same category.

It’s been months since Ozark dropped the curtains over the show but the characters, the storyline with everything that came along are still imprinted in the hearts of crime and thriller lovers. People keep reminiscing about the show through such small tributes and pleasantries and it shows! Jason Bateman and all other directors including Laura Linney and Julia Garner have changed the face of television network series. The cast and crew that made the show proud won a significant number of Emmys and other awards this year.

Fans of Ozark now demand spin-offs for characters like Marty Byrde ( Jason Bateman) and Ruth Langmore (Julia Garner). Until we get further updates, stream all seasons of Ozark and bless your day.