Gaten Matarazzo, aka Dusty Bun, aka the nerdiest kid of the hellfire club in Stranger Things is the kind of friend, who would never leave our side no matter what. Although we will have to wait a little while to get more of Stranger Things Matarazzo, we have something new to enjoy his acting skills. The actor returns to our homes with Paramount Plus’s Honor Society.

Directed by Oran Zegman, the movie sees a smart girl, Honor, work to earn her place in an ivy league school. But she has a big threat to surpass. A boy, as intelligent as her, who could rob her of the dream. Sadly, from what the trailer suggests, our Stranger Things‘ little hero turns out to be a big obstacle in the movie.

Paramount plus released the trailer of Honor Society on 24 June 2022. It showcases a promising plot but what captured our attention is the role of Gaten Matarazzo. Just like his Stranger Things character, he plays an intelligent boy in the movie too. Quite lovable, kid-genius Dustin Henderson has grown up into lovable teen science nerd, Michael Dipnicky. The only difference is his lady love. In Stranger Things, Suzie is his girlfriend, who would do anything for the betterment of her Dusty bun.

Contrastingly, in Honor Society, Honor makes him fall in love with her just for her advantage. From what appears in the trailer, she attempts to seduce Matarazzo’s Michael so that he gets distracted and no one would then stand in her way to the ivy league school. Furthermore, Michael has all his teeth perfectly grown, hence we probably wouldn’t get to see any more of Dustin’s grrrrr in the movie. 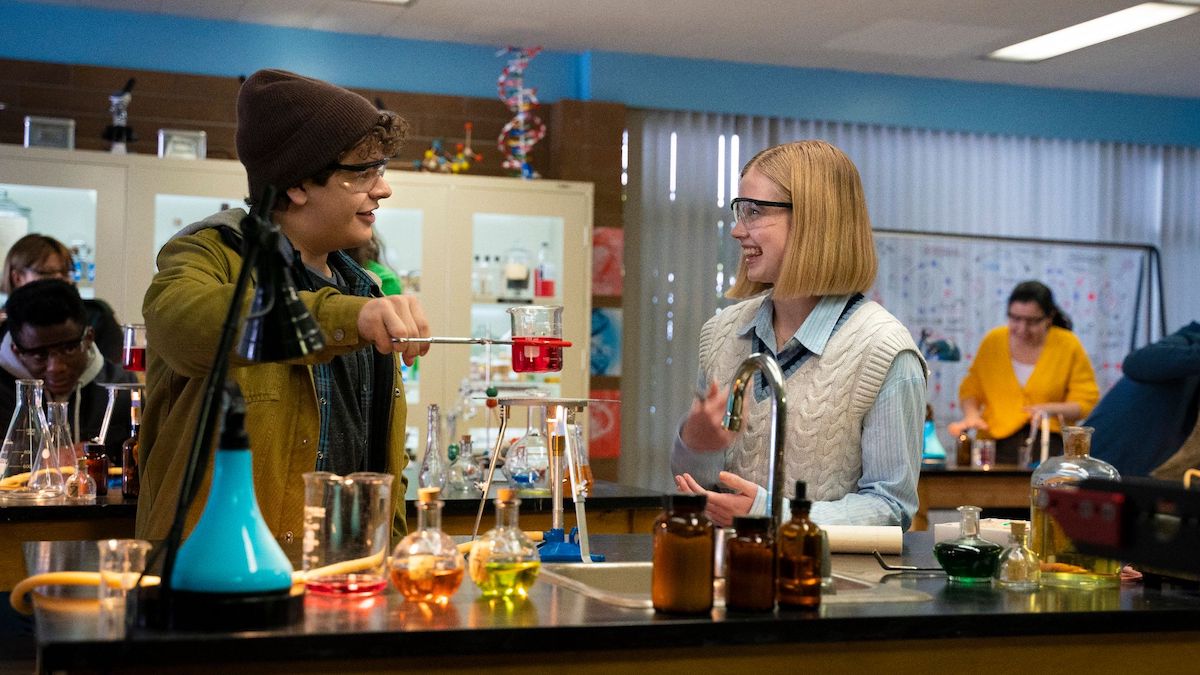 Matarazzo also looks so hot in the movie compared to the cutie pie his character Dustin was in Stranger Things. And if we talk about fashion, be it the 80s or the 21st century, Gaten Matarazzo never fails to keep his fashion sense high and that of humor higher.

ALSO READ- Joe Keery and Gaten Matarazzo, “65”, Have a Reverse Relationship From Stranger Things in Real Life for Dating Advice

Are you excited to see him in a new avatar? Comment down below.