Will Smith, apart from being considered one of the most phenomenal actors in the entire industry, is also known to be one of the friendliest. His incredible acting skills, paired with his easygoing attitude, made him the King of the Box office. Not just Will, but his entire family is heavily involved in showbiz. His son, Jaden Smith, delved into acting with The Karate Kid and The Pursuit of Happyness in which Will Smith’s role was pivotal.

While Will Smith worked as an actor in The Pursuit of Happyness, the actor, along with his wife, whose name we will be keeping out of our mouths for obvious reasons, served as producers for their son’s Karate Kid movie. The iconic remake of The Karate Kid came out when Jaden Smith was only eleven years old. And while his performance in the movie was compatible with actors thrice his age, Jaden was still an eleven-year-old boy. But no one expected him to call Will Smith “very crazy,” so why did he?

Why did Jaden Smith call Will Smith “very crazy”?

Decades later, The Karate Kid is still considered to be an enjoyable movie. The cinematography, storyline, and performances still remain unbeatable. How Jaden Smith moves to a new country and finds himself at the hands of ruthless bullies. His only way of surviving is to beat them at Kung Fu, and luckily for him, he meets a martial arts master in the form of a maintenance man. 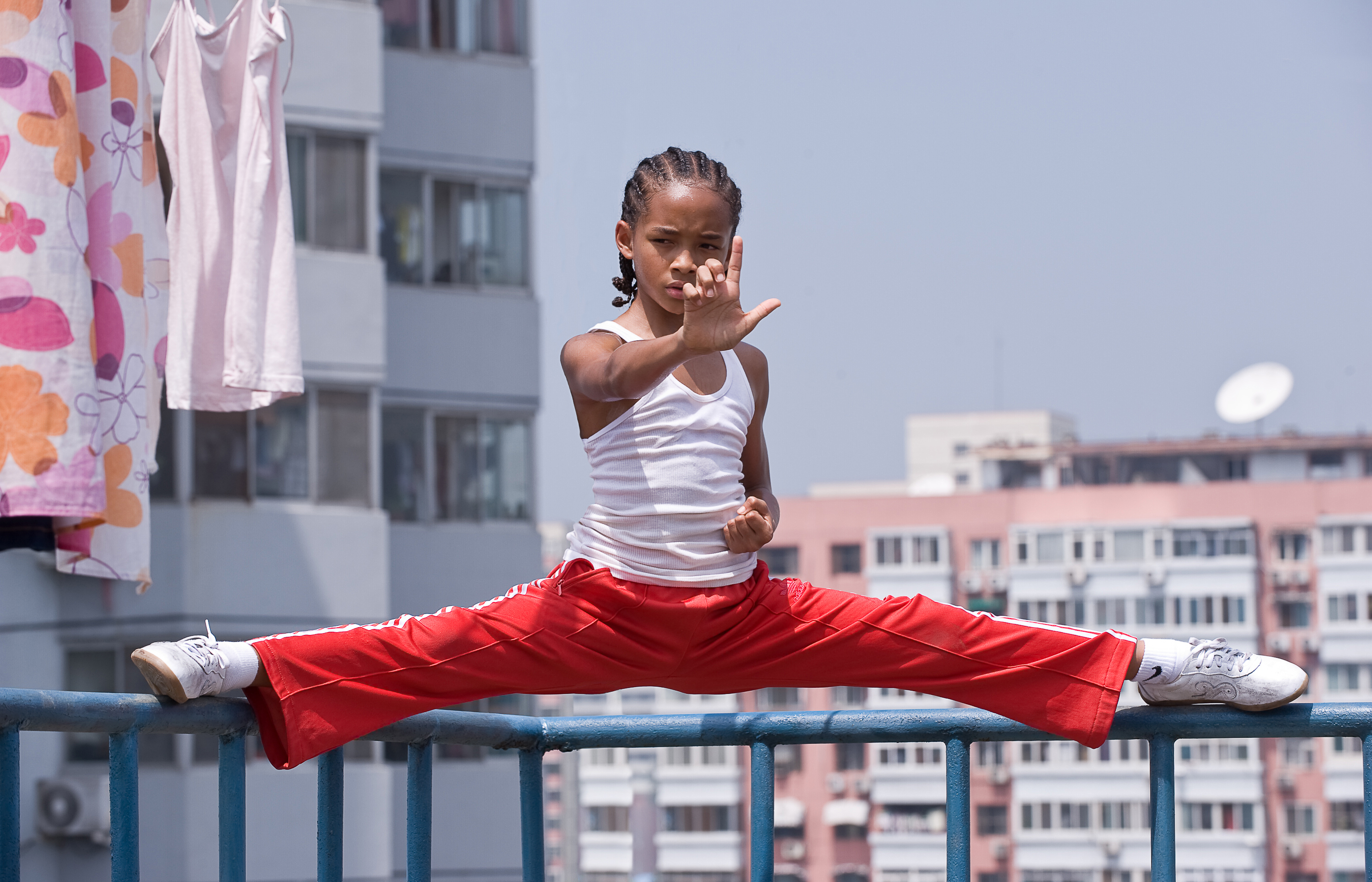 The movie is incredibly gripping and worked wonders in Jaden Smith’s career. However, during the promotions, young Smith called his dad “very crazy” and we think he is right about it.

ALSO READ: “Mark my words” Will Smith’s Co-Star Is Confident That the Actor Will Be Friends With Chris Rock

It goes without saying that the stunts Jaden Smith pulled off in the movie with baffling finesse came with a lot of training.

Three months of training, to be precise. It was Will Smith who came up with the idea to cast his son in The Karate Kid 2010 remake. “My dad had the idea, and everybody knows in (our) house that my dad’s a little crazy, okay? He’s very crazy!” The Pursuit of Happyness actor said while speaking to Reuters. To tell an eleven-year-old that he will be starring next to the legendary Jackie Chan in the remake of The Karate Kid and that eleven-year-old being your son is actually kind of crazy.

Years later, The Karate Kid franchise got a new life with 2018’s Cobra Kai, bringing back original actors like Ralph Macchio and William Zabka. Rumors are rife that Jaden Smith’s movie might make it to the Netflix Original show.

What did you think about Jaden’s comment and his Karate Kid movie? Share your thoughts in the comments below.