The first half of the final season of Ozark had brought with it grave anticipation for the last part. Known for its build-up of chaos that gets untied in the final episodes of the season, Ozark’s fourth season wasn’t any different. The first part of the 4th season too was a confusing base for the remainder of it. This made the second half more anticipatory apart from the fact that it’s the last time people will get to see Ozark.

How the first part of the last season ended

In the first part of the final season, we saw Wendy being scary with all her decisions and perspectives. What’s even scarier is the transition of the daughter into her own mother. After Wendy’s botched operations leading to Ben’s and now Wyatt’s death, Ruth has major beef with the Byrdes. The family was seen entangled between the FBI and Navarro’s drug cartel. It ended with them displeasing both.

The cast talks about the final part

ALSO READ: “You are so f—ing good at your job, it’s frightening”: Ryan Reynolds on Jason Bateman and His Work as Marty Byrde on ‘Ozark’

Talking about themes of family relationships, Mundy shared how he wanted to put more emphasis on for the final season. Chris said, “For us, we were talking about love and family through the end — and choicefulness.” He also mentioned how he wanted to explore an important question: Can you choose whether or not you stay in a family or not?

ALSO READ: How David Fincher Influenced Jason Bateman and the Symbols We See at the Start of Every ‘Ozark’ Episode

What do Jason Bateman and Laura Linney think of Ozark ending?

So, does Jason Bateman love Mundy’s vision for Ozark’s ending? Apparently so. “I think he made an incredible choice to not take the junk food sort of ending of like a big huge crescendo, guns blazing. It is something pretty measured, consistent with his taste and what he’d been doing for episodes beforehand.” The Arrested Development actor felt the tone towards the end of the series is perfect as it ended how each episode ends in Ozark.

Ultimately, both Mundy and Bateman feel the choices the series ended as per the consequences of choices made by each character. Looks like Laura Linney, who plays Wendy in the show, agrees. 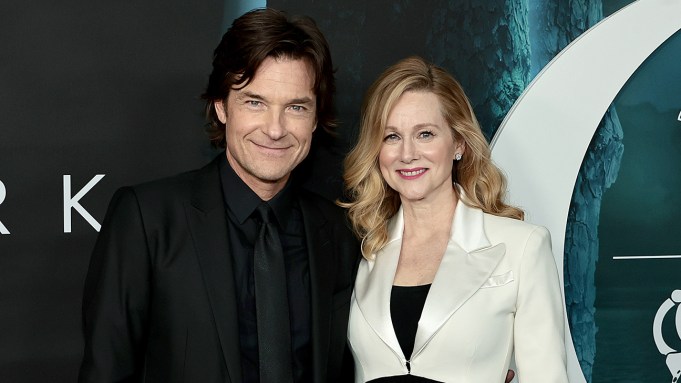 ALSO READ: Fans Use Will Smith’s Oscar Meme to Depict Marty and Wendy’s Relationship in ‘Ozark’

According to Linney, Wendy is a person “who represents the people who can justify very bad behavior for themselves and think they’re doing something positive.” And when you boil down the events of the series, it all started when Marty and Wendy chose the grey areas of life at the spa in season 1.

People are devouring the last part like a hungry dog devours meat. You can stream all episodes of Ozark on Netflix.