Ryan Reynolds has his hands full with projects other than Deadpool 3. The actor has aced making comedy films, or even adding a pinch of humor to action movies. The actor even began his career being known as a romantic comedy hero, before slowly transitioning into more serious roles, but he has remained true to his roots.

The actor is all over the place, handling his Wrexham Football Club, announcing the comeback of Hugh Jackman in Deadpool 3, as well as preparing for his fourth baby with Blake Lively. But the star has managed to crunch in even more projects. He was recently captured in his character for his 2024 fantasy comedy movie, Imaginary Friends, which is directed by John Krasinski.

Ryan Reynolds was spotted standing on a roof with his hands up in the air. With the winter beginning, the actor wore a long coat on the sets of his new movie in New York. As per a source, he was seen standing on the roof, with Krasinski standing below, looking up at him. It looked like the 45-year-old actor was revising some dialogue. 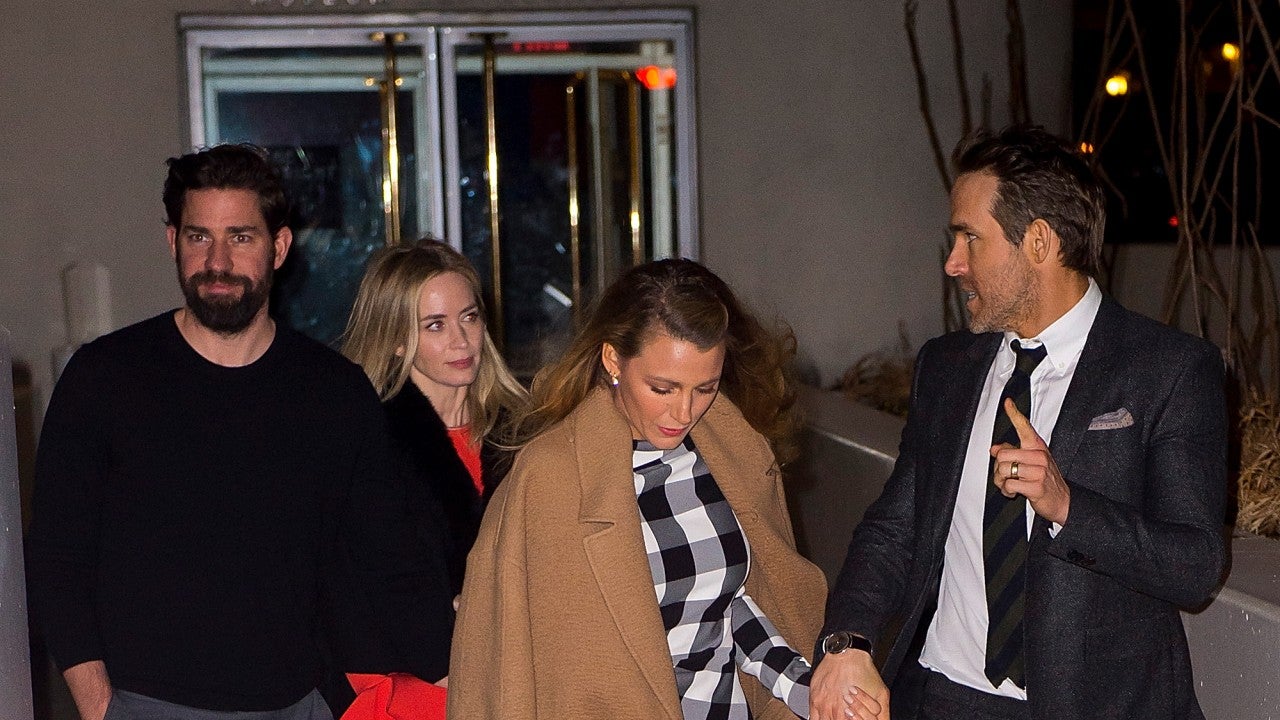 Reynolds will be the lead character with The Office actor working as the film’s director. The two are known for their style of comedy but have surprisingly never worked together before. However, in real life, they go on double dates, as friends.

The crew is often spotted in New York together for the movie’s filming, but the details of the plot of the movie are still not revealed. It is supposed to revolve around a child rediscovering his imagination. Starring along with Ryan Reynolds will be Krasinski’s The Office co-star Steve Carell, The Walking Dead child star Cailey Fleming, and Enola Holmes actress Fiona Shaw amongst others. The movie has a strong cast of actors who are for making everyone chuckle.

Imaginary Friends is scheduled to release on 24 May 2024, postponing its initial winter release of November 2023. This means the movie will release the same year as Reynolds Deadpool 3. Meanwhile, his other comedy fantasy winter movie Spirited along with Ferrel Williams also released on 11 November 2022.

Are you liking Ryan Reynolds doing a streak of comedy movies again? Let us know in the comments.