Before Stranger Things caused Netflix’s servers to crash, Shonda Rhimes produced Bridgerton, causing people to swoon over the romance of the aristocrats. The period romance returned with much fanfare early this year. The second season was an even bigger success than the first one and Bridgerton season 3 was confirmed.

The slow-burning romance between Anthony Bridgertona and Kate Sharma in season 2 was immediately lapped up by the fans. Now, season 3 filming is underway. Since the third season is going to shift the focus to childhood friends, Colin and Penelope, fans have been eagerly waiting for some Polin content. And our dear Phoebe has blessed us with one!

The Regency outfits and the style are just perfect in Shonda Rhimes’ production, but the cast’s off-camera style statement is no joke either. In this candid behind-the-scenes shot, Luke Newton (Colin) looks ever so handsome in casual navy blue shorts and a T-shirt. Beside him is the stunning redhead, Nicola Coughlan (Penelope) in a matching navy blue co-ord set.

My, my, there certainly is a lot happening here. pic.twitter.com/YIHjKjukAf

The reel couple adds a fun element to their dark attire with some cute funky footwear. While Nicola goes for a chic sandal, Luke has ditched his gentleman dress shoes for a Teddy bear printed crocs. While they look super cute together, it’s Phoebe who plays Daphne who steals their thunder. She stands behind them sticking her tongue out. That’s the most ungraceful we have ever seen Daphne!

Bridgerton season 3 will see Penelope giving up on her long-held crush on Colin and also struggling to keep her alter ego, Lady Whistledown a secret. 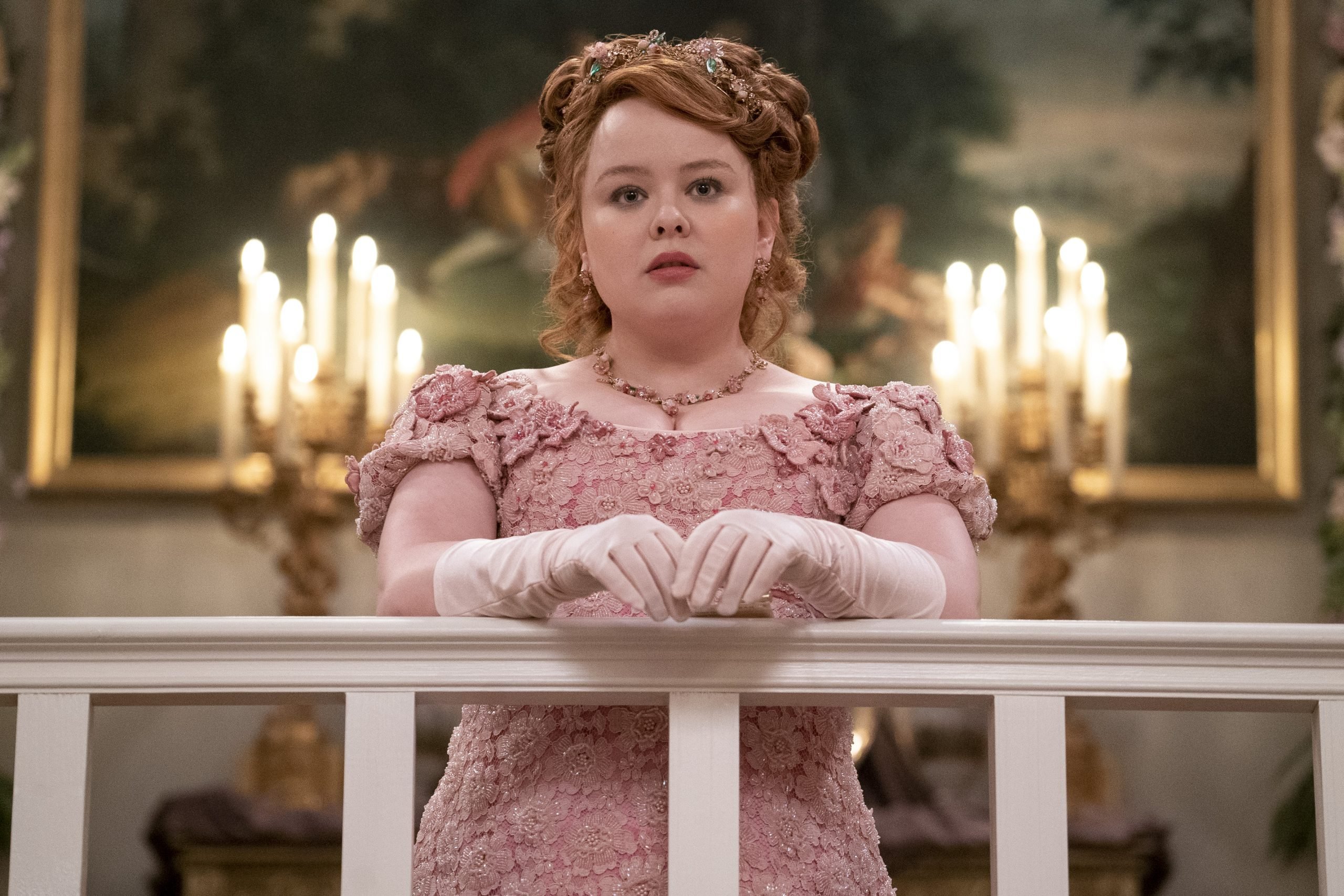 However, Colin who’s newly back from another world tour starts looking at his childhood best friend in a romantic light. The third season will chronicle the two friends’ journey based on Julia Quinn’s Romancing Mr. Bridgerton. Almost all of the original cast members are returning except for Charithra Chandran who played Edwina Sharma.

ALSO READ: “You really do have to be brave…”: Regé-Jean Page Might Just Not Be Ready to See a Recasting for His ‘Bridgerton’ Character

Are you ready for yet another sweeping romance?