There are two things that humans love to endure absolutely all the time: food and entertainment. Hence, it is no surprise that the combination of the two always seems to have a larger-than-life impact on viewers. Be it Master Chef or Ratatouille, every time food is mixed with entertainment, it turns out to be a magnificent combination. Hence, Netflix is ready to serve us with Iron Chef, a show that will bring both these things together. Hence, it will undoubtedly be absolutely amazing.

The streaming giant recently unveiled the trailer of the upcoming cooking show. And it is looking nothing but exciting. Amazing food, rivalries, and the GOAT Iron Chef himself. A lot of things await us at the Kitcher Stadium on Iron Chef on Netflix.

Iron Chef: Quest for an Iron Legend comes to Netflix this June

Based on Fuji Television Network’s format, Iron Chef on Netflix will see some of the most amazing chefs in business go head to head against one another. They will compete for the title of Iron Legend. The very energetic Alton Brown is going to return to the show as the host and Kristen Kish, which makes us even more excited for the season will join him.

Reprising his role as The Chairman will be Mark Dacascos. However, the chief attraction for the season will be the Japanese chef, Masaharu Morimoto. It is such an impressive scene when all the judges are sitting at the table and one of them asks if they can just acknowledge the GOAT on the table. Masaharu Morimoto-san is addressed as the original DNA of Iron Chef and the man doesn’t even blink once at the moment. “He is not even blinking, he’s like ‘yeah’,” points out one judge. 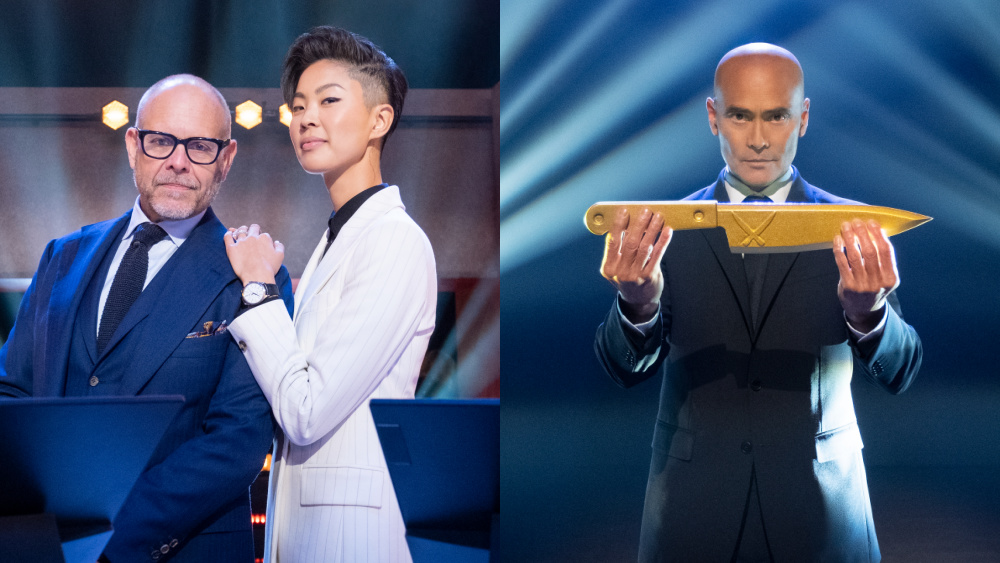 Iron Chef will be available for streaming from June 15, 2022. And if you are thinking that just one season of the show is not enough for you, then do not worry at all. The streaming giant has 2 more shows: Iron Chef Mexico and Iron Chef Brazil, waiting for all of us later this year. So, all you have to do is sit, wait, and enjoy these amazing food journeys on these Netflix Originals.

Tell us which version of the show you are most excited about?

ALSO READ: Hit CBS Series ‘Criminal Minds’ Is Leaving Netflix, Where Can You Watch It Now?