Netflix’s favorite weather forecaster has finally found time in his busy schedule to play a round of rapid-fire with the streamer. Netizens dubbed him the “Son of Netflix” for a good reason: The 28-year-old actor has appeared in a string of dramas all produced by Netflix! His first breakout role was in Love Alarm. Since then, he has continued to portray several characters from the depressed Cha Hyun Soo in Sweet Home to the playboy, Park Has Eon in Nevertheless. His latest is the now-concluded Forecasting Love and Weather.

Here’s what he revealed during the rapid-fire game.

Song Kang is a fan of Penn Badgley’s You

Make some noise, Song Kang hive! We challenged the Forecasting Love and Weather star to a quick-fire round of This or That. pic.twitter.com/Mc86QY8Z9u

The actor enjoys watching the stalker drama, You on Netflix at home.

“I enjoyed it so much that I saved some episodes to watch while I eat,” he said. He recommended the show to his fans too. Like a true millennial, he enjoys binge-watching an entire series rather than waiting for episodes to drop weekly. He doesn’t crave candies and mostly prefers popcorn while he’s consuming content.

He’d rather have a go with a Demogorgon

When given the choice between fighting zombies on All of Us Are Dead and fighting monsters in Stranger Things, he immediately chose the latter. Considering he had his fair share of battles with monsters in another Netflix series, Sweet Home, he would do well. Even he thinks the same. 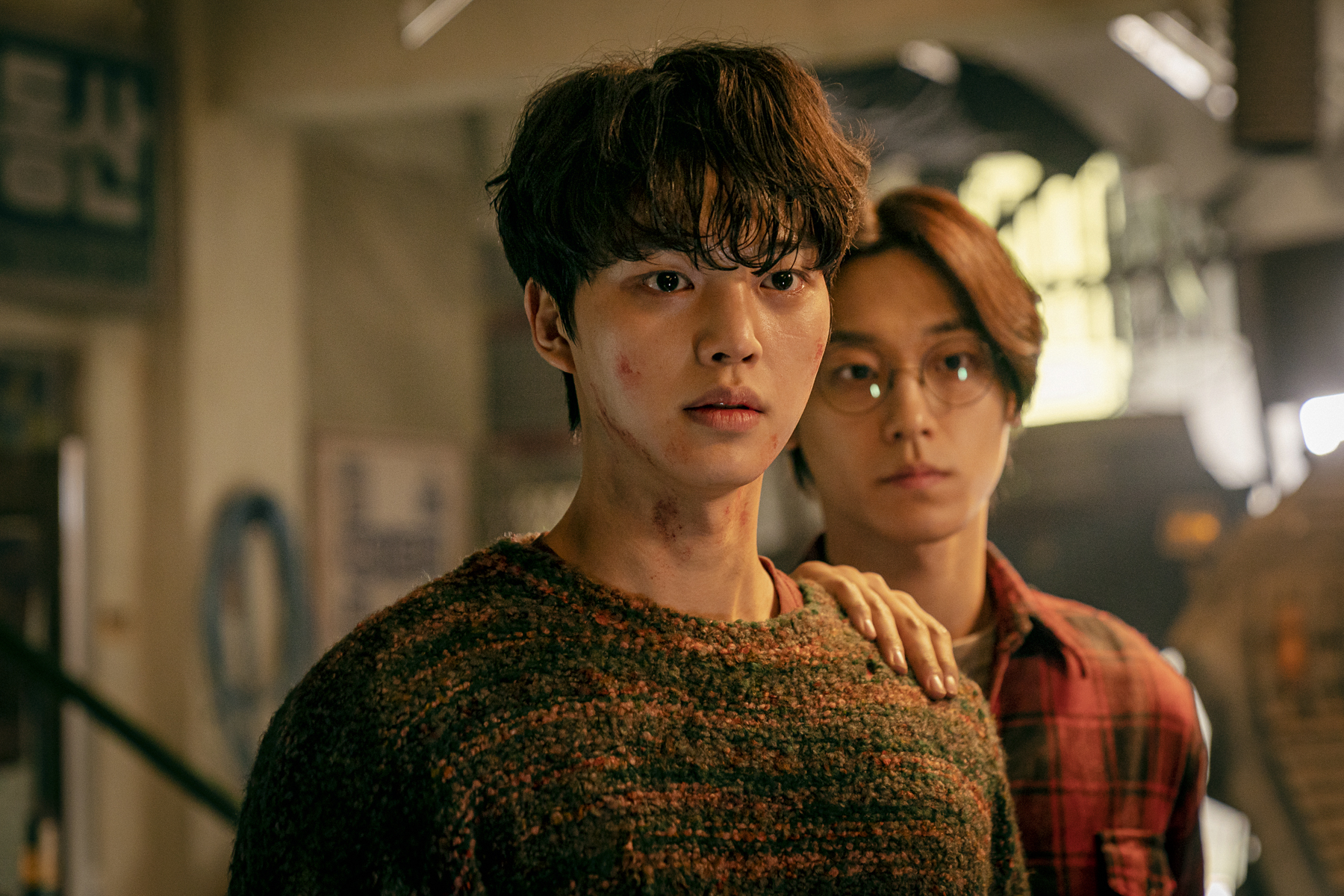 “Fight monsters in stranger things, since I have experience fighting monsters.”

Robbing a bank is more exciting than getting conned

Song Kang chooses to rob a bank with the Money Heist team than getting conned. But a second later, the actor sheepishly apologizes that he isn’t “familiar” with The Tinder Swindler. The Spanish heist drama is getting a Korean remake, Money Heist: Korea – Joint Economic Area. Although he isn’t part of the series, fans can still hope that the director would cast him in future seasons if Netflix greenlights them.

Kang’s latest, Cha Young Hoon–directed Forecasting Love and Weather is an office romance comedy set in a national weather service. All episodes are currently streaming on the platform.

ALSO READ: What Else Has Changed Besides the Mask in ‘Money Heist: Korea – Joint Economic Area’