What is better than watching an absolutely amazing science fiction movie that involves time travel? Well, maybe some of you say that nothing actually is, since the movie is enjoyable and thrilling on its own. But what if we told you that there is in fact something more fun than just watching the movie? Yes, there is indeed something like that. And that is catching every single science fiction movie reference that exists in Netflix’s The Adam Project. And it will surprise you to know that there are many.

In this post, we will talk about every movie reference that was present in The Adam Project, and why it felt so good to see them there. Additionally, we will also go a step ahead and let you know where you can stream these movies so that you can better enjoy the moments when you re-watch the Netflix Original. So, fasten your seatbelt and put on a brave face, cause we are going to do a lot of traveling now. Here we go!

The Back to the Future references in The Adam Project

Well, it will be a sin to talk about time travel and not talk about the movie that made it famous in the first place. In the very initial moments of interaction between both the Adams, Ryan Reynolds‘ Adam sits down to rest and lets his bullet wound to heal, while Walker Scobell‘s Adam asks what he is going to do now. When Big Adam replies that he going to give him some investment ideas, young Adam is quick to reply, “Like Biff from Back to the Future?” which is a clear reference to the character of Biff Tannen, who pulls off something similar to make his future self wealthy. 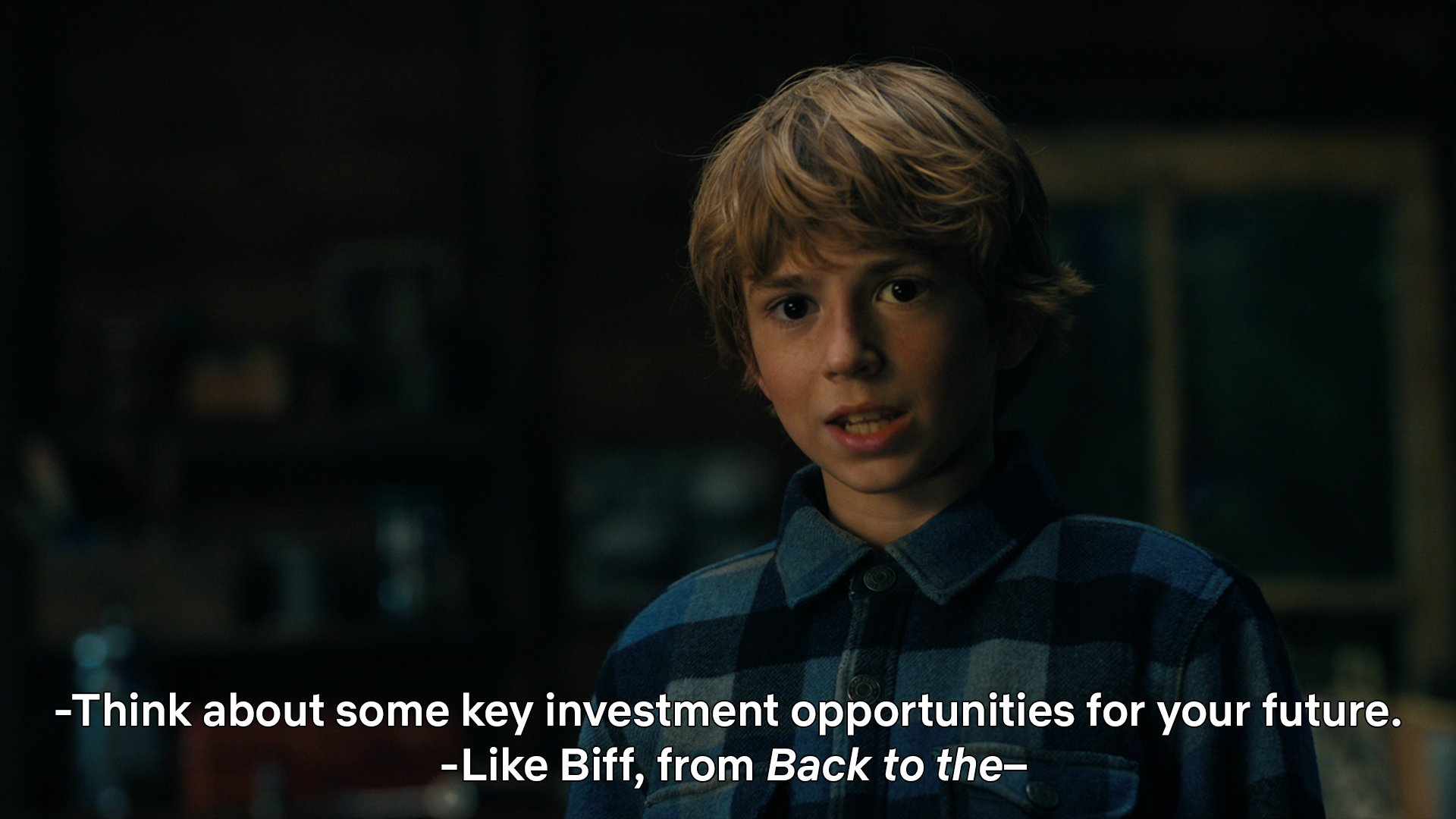 Another interesting reference to the movie is when we see both the Adams talking about their life at the motel scene. We can see the name of the motel is Pine Ridge, which kind of reminds us of the Two Pines Mall/Lone Pine mall from Back to the Future.

Back to the Future is available to rent on YouTube, Google Play, Amazon, and Vudu.

The famous movies starring Arnold Schwarzenegger are indeed one of the most beloved time travel science fiction movies of the time. The movie depicts a period of time when humans and machines have gone to war against each other, and the earth is not fit for survival. At one point in the movie, young Adam asks his older self about how the year 2050 is, to which the old Adam replies “That’s [Terminator] is 2050 on a good day“. 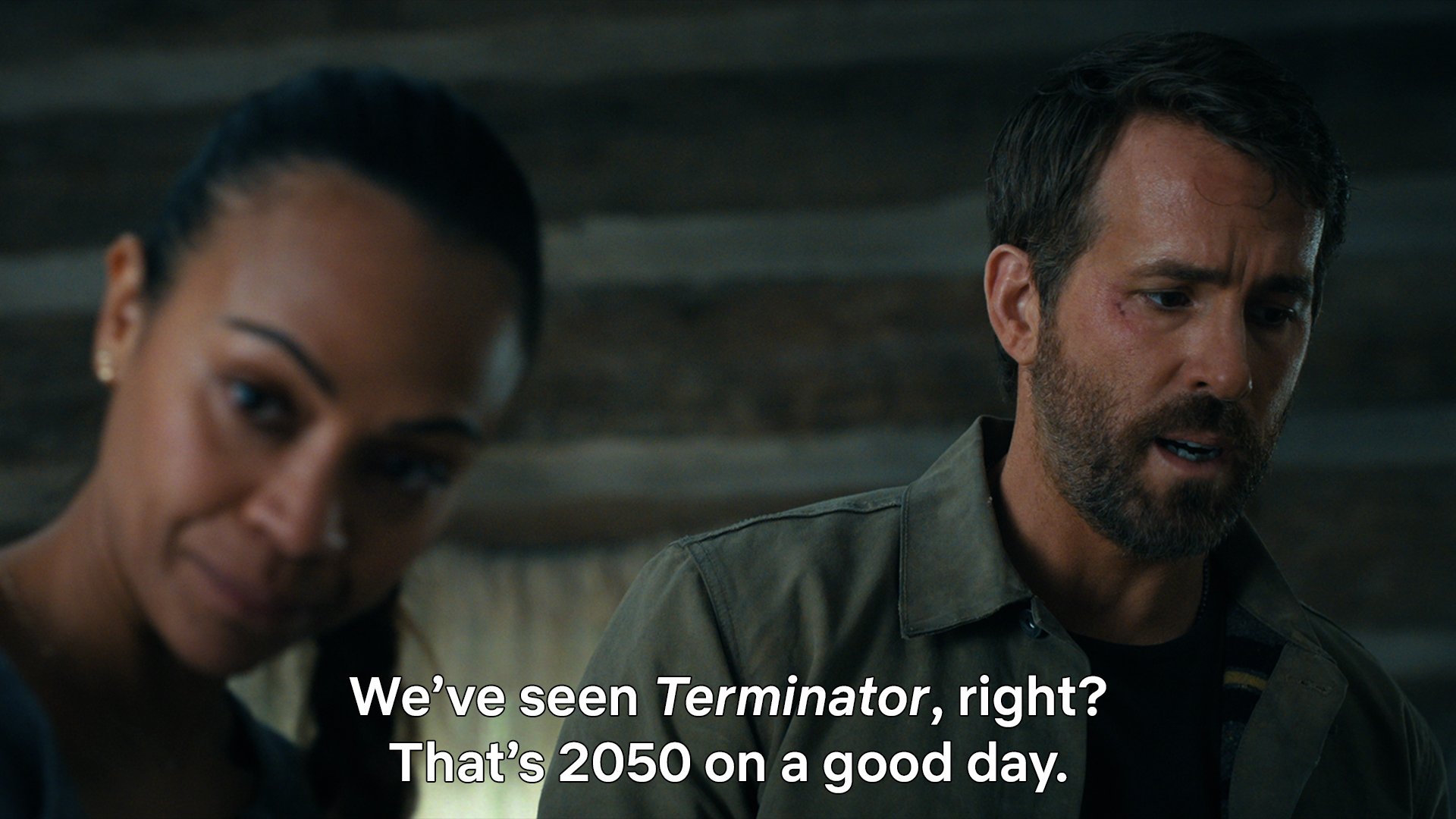 Terminator 2: Judgement Day is available on Netflix in Canada, Germany, Argentina, India, and a select few countries. But you can rent the movies on Google Play, as well.

Pop Culture is practically incomplete unless Star Wars finds a way into the conversation. The Adam Project on Netflix features a lot of references to the popular franchise. Be it the light sabers, the stormtrooper like soldiers, speeder chase like in the woods of Endor, the Netflix Original has it all. It was actually really fun to see it all play out on the screen. 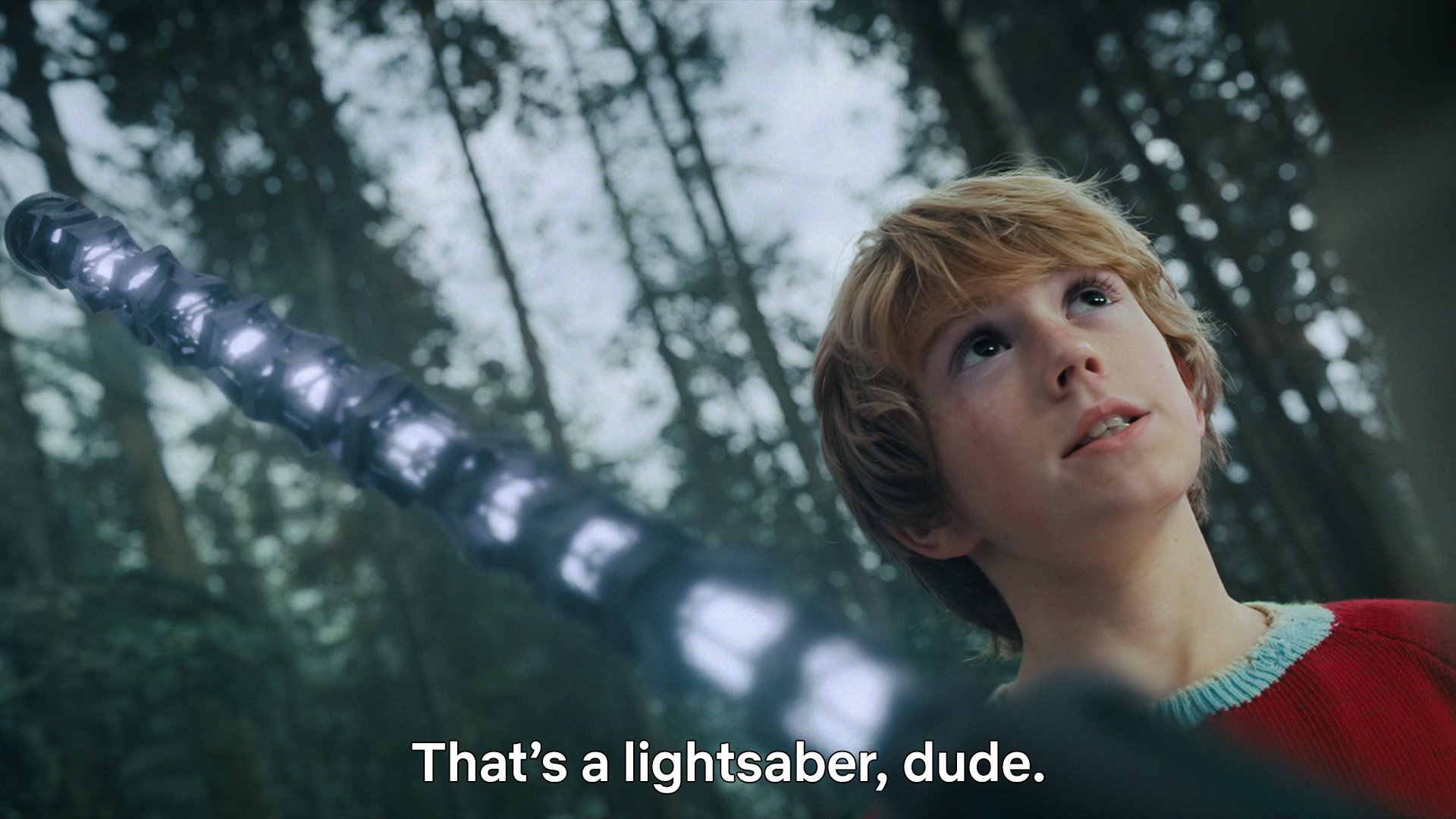 You can watch all the Star Wars movies as well as shows on Disney+.

The modern mythology aka Marvel (MCU) references in The Adam Project

Well, we all actually saw this one coming. Given the movie stars three big names from the Marvel Cinematic Universe, it was more about “When will see the references?” and less about “Will we see the references?”. We had the stickers on Adam’s storage tub’s lid. What is interesting is the stickers are an Easter egg for the MCU fans, as they feature Ryan Reynolds’ Deadpool and Mark Ruffalo’s Hulk. Should we even remind you of young Adam’s quip when inquiring about time travel: “Unless it works more like a multiverse.”

Well, we are sure Dr Strange heard that in one of the possibilities.

You can stream all the Marvel content on Disney+ as well.

Tell us what other movies references did you catch in Netflix’s The Adam Project?

“His version of terrible, is like the best song I had written ever”: Billie Eilish Unveils Her Brother Finneas’ Songwriting Skills on David Letterman’s Show