Curious about what makes up a playroom? And no, we aren’t talking about a room with your X-box and other gaming consoles. If one were to dig deeper, flesh out their secret fantasies, and see them materialize before them. Wouldn’t it be amazing if the only possible constraint to that is your own imagination? Netflix’s How to Build a Sex Room attempts to do just that!

This sensational new home makeover show hosted by interior designer Melanie Rose attempts to bring sex rooms, toys, and other aids to the mainstream. Not unlike films such as Fifty Shades of Grey despite their controversial storylines. While the announcement of the show did see some fan backlash, it’s always exciting when a new show hits the platform.

What is Netflix’s How to Build a Sex Room about?

Realized ‘Sex Paradises’ on the show

Following their discussion of the space’s layout and the couple’s goals for it, Rose touches on their kinks and habits in the bedroom. Her secret to designing a good sex room is her Mary Poppins bag comprising whips, floggers, and other sex toys. She brings them out and gauges the reactions of her clients to better understand them and designs accordingly. A spoonful of sugar indeed!

For a polyamorous couple on the show, Rose created a lavish sex dungeon equipped with a 9 ft. wide bed. It also housed a full-fledged closet with every partner’s preferred sex toy. Additionally, the room also has velvet panels, suspended restraints, and a tasteful furniture unit that can convert into a cage. All this to accommodate the couple and their five partners!

While designing for burlesque performers, Melanie connected a luxurious bathroom buzzing with Hollywood glam to their sex room. This makes it easy for the performer to adorn their evening personas. A bathtub for two seamlessly blends with the bondage segments that include a suspension bar and Shibari-a Japanese rope. 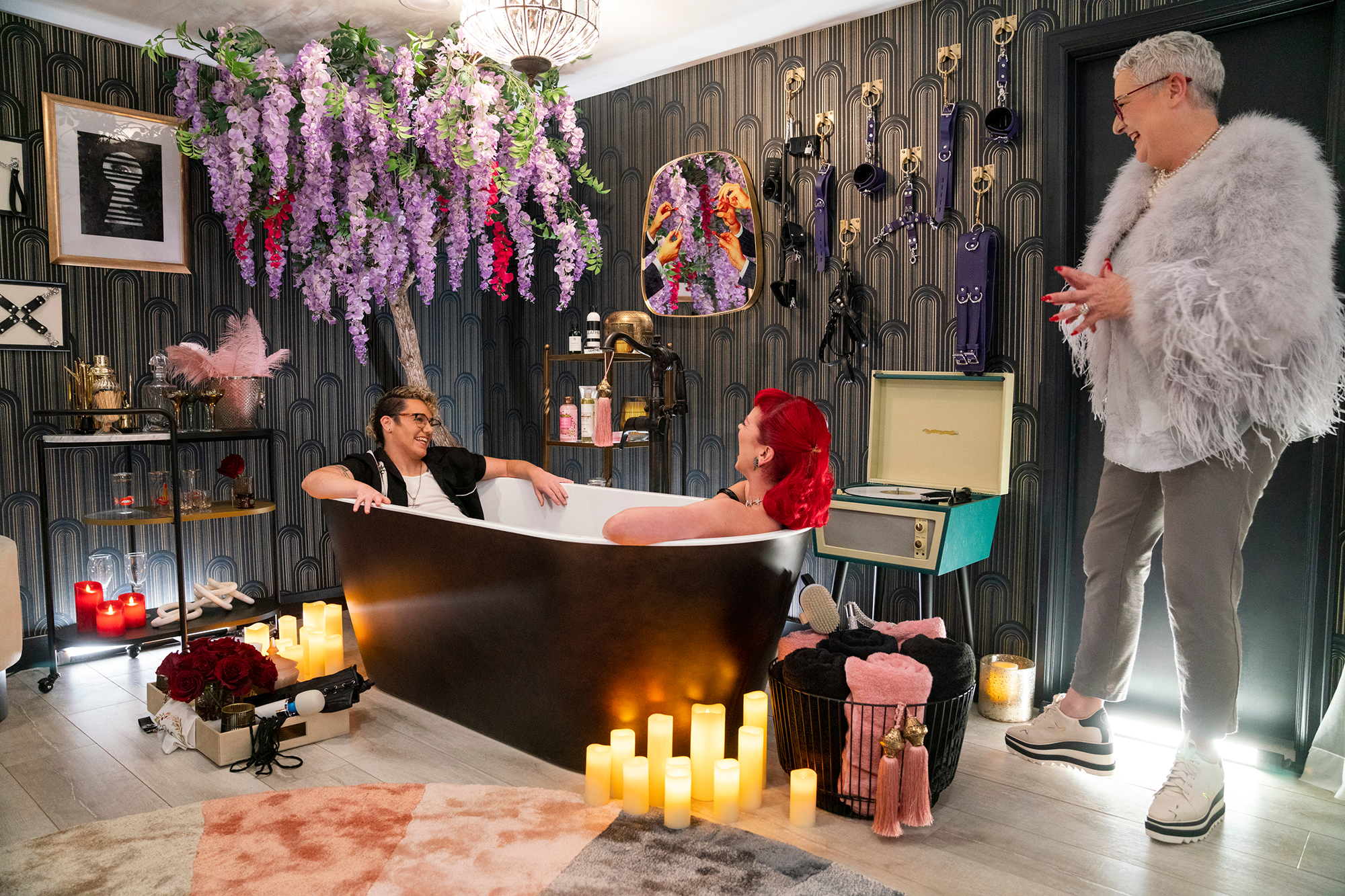 In the official trailer, you can hear Rose’s voiceover saying, “When people hear the words ‘sex room’, they concentrate on the word ‘sex’, and that connotates dirty, disgusting. But when I design them, they can be beautiful. And they are places where couples can explore their deepest fantasies.”

This kinky yet stylish new series is all set to premiere on 8th July on Netflix. One can only wait and watch if the audience reacts with backlash or showers it with praise and considers it a part of sex positivity. Tell us your thoughts.

How to build a sex roomMelanie Rose