The year 2022 brought with it two significantly different things that have somehow collaborated rather nicely. We are talking about Cobra Kai Season 4 and the onset of yet another wave of COVID-19. The pandemic has yet again confined people to their homes and has given them enough time to ponder upon the possibilities of events that may happen in Cobra Kai Season 5.

The Netflix Original takes us unto the lives of Karate Kid stars Johnny Lawrence and Daniel LaRusso 30 years after the events of the original films. Season 4 of the series has left us speculating on the various streams where the show may take its storyline to. Here we will look at some of the best theories and predictions for Cobra Kai Season 5.

Following the events of the Cobra Kai Season 4 finale, we now know that the kick-ass dojo is now officially the best in the valley. According to their agreement with LaRusso and Lawrence, the Cobra Kai fighters restrained themselves from getting involved in the fights until the end of the tournament. But, now that the All Valley Tournament has ended, we can expect the students to let hell loose upon everyone, especially the Miyagi-Do’s and Eagle Fang‘s.

Season 4 also gave us a look at the arc of Anthony LaRusso, who went from being a bully to now being someone who will be bullied every single day of high school, courtesy to Kenny. We will probably see him take an interest in karate, and possibly join his dad and sister at Miyagi-Do Karate.

We will see Johnny and Miguel fight their way back home

The finale revealed Miguel left for Mexico to find his father and get some kind of closure. Shortly after that happened, we saw Johnny promising Carmen that he will cross the borders to bring her son back. She revealed Miguel’s dad’s association with some criminal activities, which means getting out of his region won’t be easy for Miguel and Johnny. 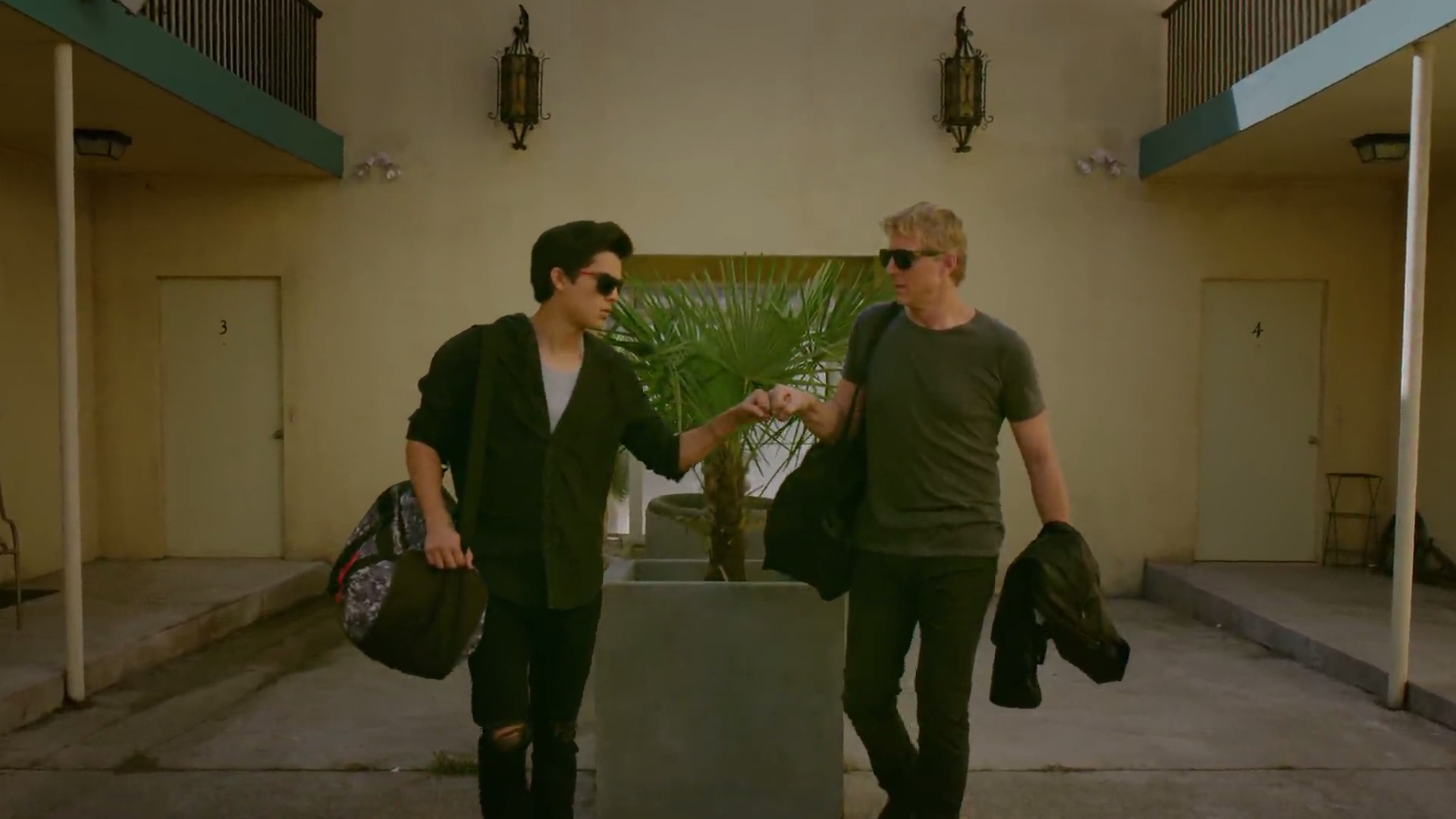 The teacher-student duo is indeed a force to be reckoned with when together. The fifth season of the Karate Kid spinoff might give us some exceptional moments where we will see them kick asses together.

ALSO READ: Did You Spot This Reference to The Next Karate Kid in Cobra Kai Season 4?

Sam and Tory team up in Cobra Kai Season 5

Granted that the duo has been at each other’s throats ever since they met. But if there is any show where long-time enemies find a way to work together, it is Cobra Kai. The two powerful females have valid reasons to hate each other. But the way things have progressed in the last few episodes of season 4, they can honestly work together and take down a common enemy.

The return of Karate’s Bad Boy

We saw that Terry Silver plotted against the founder of Cobra Kai, John Kreese. This little stunt may have given him access to the steering wheel, but he still needs a co-pilot to run the dojo. And who better to train a dojo of ruthless fighters, then Karate’s Bad Boy, Mike Barnes. Barnes is probably the most ruthless fighter the valley has ever seen. He has absolutely no respect for any rules.

If this happens, Daniel is in some serious trouble. We just hope Chozen has all the talent and techniques necessary to take down the deadly duo of Barnes and Silver.

What are your predictions for Cobra Kai Season 5? Let us know in the comments below.