There is a pattern that every horror show follows with devotion. They all start off as something trivial, but sooner than you realize, you find yourself surrounded by something way beyond imagination. The same is the case with Netflix’s Archive 81. The show begins with Dan Turner, an archivist, and his mundane life. A rather mysterious man, Virgil Davenport, approaches Dan, to restore some videotapes. And it is from this point we encounter a plethora of mysterious elements and beings in this horror drama.

Here we will discuss all the supernatural elements and mysteries that came our way in the Netflix Original. Including the comet/ The Ferryman, The Vos Society, Baldung Witchers, and, of course, the menacing Kaelego. We will also see if Kaelego has any sort of mention in some real mythology or not. So, with no further ado, let’s enter the Visser.

Even though the show has done a pretty great job at exploring every single thing on it, still we find ourselves to be overwhelmed with all these new beings and occults. Particularly when it comes to the central character of the show, Kaelego. Rather than Dan or Melody Pendras, Kaelego is arguably the central figure around whom the entire plot of Archive 81 revolves. 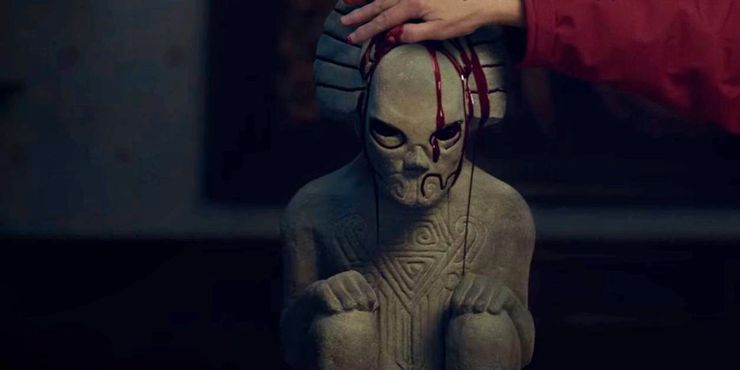 He is a pan-dimensional god/demon/being who is called upon this face of the earth by his devoted followers. They believe Kaelego will bring with him peace and prosperity and will make this world a better place. Kaelego holds a certain mystery to himself, as it is pretty unclear what he will do if or when he arrives on earth, but he sure is powerful enough to do anything he pleases to do. Luckily, Kaelego is not real at all, neither does he appear in any mythology around the world.

“This is kind of a Lovecraftian element to this show, which is an elder god or demon depending on how you look at it. So it feels real, but it’s an invention and obviously draws upon many tropes and other ideas, but the monster or god or demon himself is our creation,” showrunner Rebecca Sonnenshine told The Wrap.

A few years ago, we would have found the idea of The Otherworld a little tough to understand. But the concept of mirror-dimension and alternate timelines is something we are quite familiar with now, thanks to the pop culture and its infatuation with these themes.

The Otherworld in Archive 81 is exactly the same as its name suggests. It is another world where this supposedly all-powerful deity, Kaelego, lives. While not much of this other world was explored in the show, we hope to see a little more of it and understand its mechanisms in Archive 81 season 2, if it happens.

Agreed that Kaelego may be a timeless god/demon, but everything for us begins with the foundation of this little secret cult called The Vos Society; a parapsychological organization formed by a rich family in the 1920s. The Vos siblings are the ones who established this society, following in the steps of their father, who set out on the west to find Kaelego.

It is not just possible to keep Greek mythology and its stories away from literally anything. In Archive 81, we see the cult of Kaelego realizes that their demon god has a very close relationship with a comet that they call Kharon (Charon). The best time to summon Kaelego is when this comet is passing over earth. But what exactly is Kharon? what does the name mean? And is this comet real? 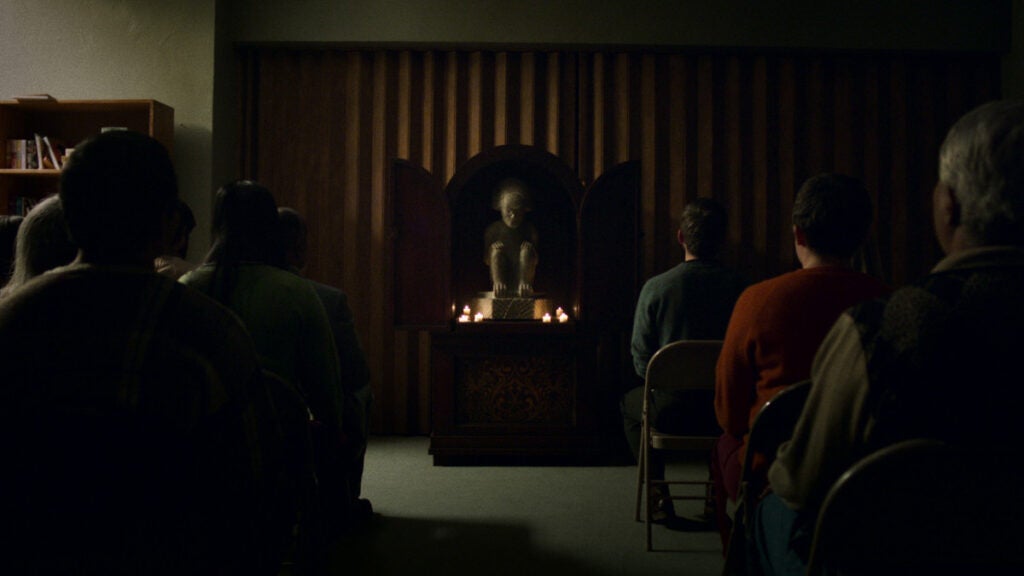 In the world of Archive 81, Kharon, also known as “The Ferryman,” is a comet named after the Ferryman of Hades, the Greek god of the underworld. Charon or Kharon is tasked with guiding the dead to his realm. So technically, this comet is their guide to hell. All this makes us wonder what exactly did the cult want because Charon is definitely not going to guide you to a happy and prosperous realm.

However, Kharon is not a real comet. Hence, we will probably never have to encounter a cult that uses the ferryman to bring a demon to our world.

ALSO READ: The Mind-Boggling Parallels Between Archive 81 and Dante’s Inferno

Who are The Baldung Witches in Archive 81?

While there is an entire cult that desires to bring Kaelego to our world; we also have a group of begins who are hell-bent on keeping him where he is. We do not really know what this faction is called, but we met a group of beings who are part of it, the Baldung Witches. These witches look just as we humans do, but they possess great supernatural abilities.

We saw that Melody’s mother, Bobbi, is a Baldung Witch. A Baldung Witch is really important for the ritual that brings Kaelego out of The Otherworld. Not just for their blood, which is something The Vos Society and Samuel’s cult learned the hard way. The witch needs to take part, nay, lead the entire ritual. Only then can one open a stable door between the worlds.

Baldung Witches are definitely not real, just like all the other things in the show. However, we do have an idea about something that they might be based on. Most probably 16th-century German artist Hans Baldung is the inspiration behind it, whose most famous work is called “The Witches” and it is exhilarating.

Archive 81 is rife with interesting and mystical elements that create the eerie effect the show has brought forth. As fascinating as they might be, we can all sleep in peace knowing that none of them are real. What are your thoughts on these creatures?