Netflix platform new movies coming this week on March 23rd, 2020. We’re at the end of the week and there were some of the amazing titles added to Netflix. Here are also our top movies from this week that you can enjoy too much.

If you are looking at what am I watching Netflix this week amid to coronavirus outbreak. On this weekend of the March. We’ve some amazing picks that you love so much. Here are our favorite new movies added to the streaming platform for over the days.

Synopsis: “Juan Manuel Fangio was the Formula One king, winning five world championships in the early 1950s — before protective gear or safety features were used. Daring and dashing — that was the Argentine-born Fangio, who set nearly every Formula One record before the modern era.” Also, directed by Francisco Macri.

Synopsis: “An aspiring fashion designer struggles to find success and love. The story cuts into her life once a year, always on the same date: her birthday.” Also, directed by Susan Walter.

“Pat Peoples (Bradley Cooper) is a man always trying to look on the bright side of life – the title of the story takes its name from the expression that ‘every cloud has a silver lining.’ Released from the hospital after losing his wife to another man, Pat believes this age-old adage is just the ticket to trying to win her back and get his life on track. Trying to remain resolutely undiscouraged, Pat moves back in with his parents and devotes himself entirely to becoming the man his wife always wanted him to be.

But it’s an uphill battle. Until Pat meets Tiffany (Jennifer Lawrence), a beautiful young woman whose life. It also has not turned out the way she wanted. Together, the couple will try and navigate through their lives and stay true to who they are, always just one adventure away from a unique friendship, and possibly even love.” Also, directed by David O. Russell

Synopsis: “The time is 1973. The Cold War of the mid-20th Century continues to damage international relations. Britain’s Secret Intelligence Service (SIS), a.k.a. MI6 and code-named the Circus, is striving to keep pace with other countries’ espionage efforts and to keep the U.K. secure. The head of the Circus, known as Control (John Hurt), personally sends dedicated operative Jim Prideaux (Mark Strong) into Hungary. But Jim’s mission goes bloodily awry, and Control is forced out of the Circus. As is his top lieutenant, George Smiley (Gary Oldman), a career spy with razor-sharp senses.” Also, directed by Tomas Alfredson.

Synopsis: “Richard followed in his father’s footsteps as Cambridge literature professor. Also, having fallen in love with LA socialite student Kate, he decides to move for her to California, enjoying a grand villa her father gave them but settling for a tacky position in a second-rate college. The relationship goes wrong, like his next with her bossy sister Olivia, but this time he’s devoted to their darling son and caught up I a hedonistic lifestyle of mild (?) debauchery. Things are further complicated by new partners and his expiring immigration terms.” Also, directed by Tom Vaughan.

What movies are you watching on Netflix streaming platform at the coronavirus outbreak? Please let us know below. 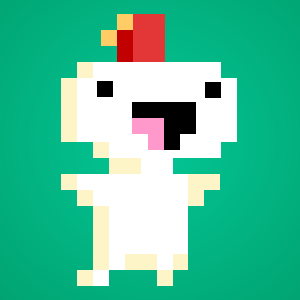 Yunus Emre is the founder and editor-in-chief of Netflix Junkie. Yunus Emre launched the site in 2020 after growing frustration with finding content on Netflix platform. However, English is not my mother tongue. I'm aware that I have lots of mistakes, especially grammar wise...

When is the release date of Rick and Morty season 4 for Netflix?

Netflix’s Pandemic: How to Prevent an Outbreak is the most-searched doc-series

This site uses Akismet to reduce spam. Learn how your comment data is processed.