When you think about the lair of a superhero, you often imagine it to be a dark and secretive place. A secured compound that has all the technologies and advancements needed to protect the very hero who is the savior of the world. But what if that hero is a small 8-year-old kid? Well, join us as we take a room tour of Dion’s lair, guided by none other than Dion himself as we step closer to Raising Dion Season 2.

The Netflix Original is based on the Dennis Liu comics of the same name. It follows the mother-son duo of Nicole and Dion, as they try to survive together and also understand the powers Dion holds. After the crazy events of season 1, some new challenges and foes await the young superhero, and he is more than prepared to face them.

Dion is a smart kid. He knows well that the entire world is very interested in him and his life. Hence, he is here to take us to his room and show us the very place where he goes to work, relax and have some fun time. So, with no further ado, let’s get started!

Like any secret superhero lair, Dion’s room also has password protection, but clearly, Dion needs to work on that. I mean, “Mind Mover” is a fairly simple password. It can hardly protect Dion from anyone. Luckily, Dion realizes the weak link and will probably change the password soon. Next, we meet Pinchy, Dion’s super sidekick. He is a hermit crab who possesses a very intriguing blue-glowing shell, meaning he has powers too. 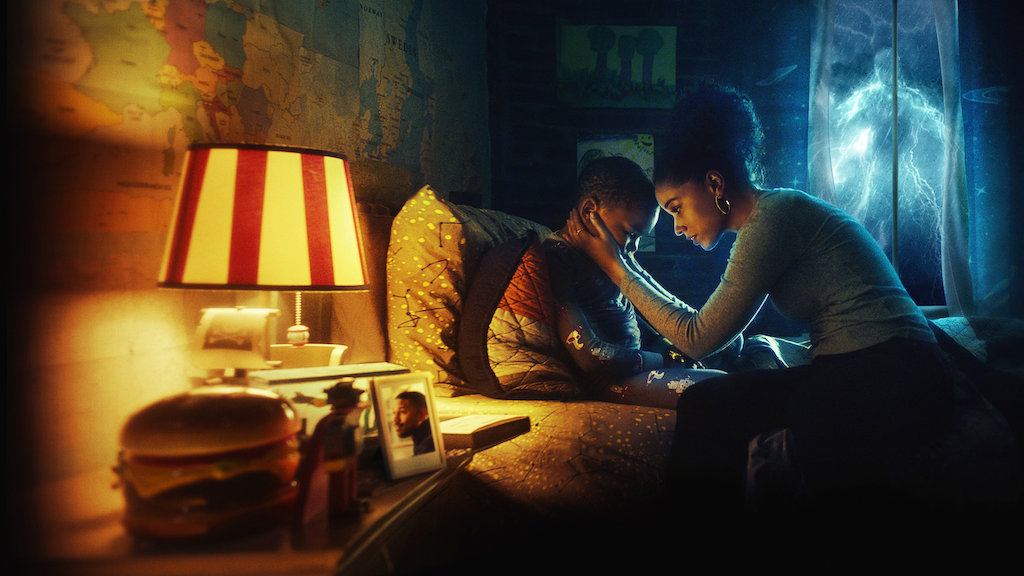 We also see the Crooked-man in Dion’s room. He says, “This thing? It’s back, and it’s come with some trouble.” Makes us wonder what exactly this young man is talking about.

What else does Dion’s lair have?

We also see a beautiful sketch of one of Dion’s best friends, Esperanza. Dion cutely points out that she doesn’t have any powers, but she is the best friend ever. Esperanza is actually very cute, and also very sarcastic.

Dion’s father had a really great impact on him, which is the reason he remembers every little thing he talked about. Dion shows us his weather books, and while doing that reminisces about his last meeting with his father. His father said, “Energy never dies, okay? It just takes a different form.” Dion tells that he uses these books to understand the weather.

Welcome to his Lair! Dion invites you into his room to explore a hero's room. pic.twitter.com/Dp6t4zcyt8

We also see his famous science project of his, the Stormkiller that he used to fight the Crooked Man. Sadly, it didn’t really work and Dion has to use his powers to fight him. Dion also shows off his extra springy bed on which he probably takes nice cozy naps. Dion also has a new suit, much better than the last time. He also shows us a picture of him saving a cat.

Towards the end of the clip, we see him talking about an alien UFO that he made, but he quickly jumps in front of the camera saying it is top secret.

Are you excited to meet Dion in Raising Dion Season? Cause we definitely are.