A cerebellum-mulching psychological thriller, Netflix’s 1899, delivers a mind-bending puzzle that will keep the audience guessing until the last moment. It is a story about mysteries that would perhaps keep you guessing until the last moment and the 8-episode series would end even before you will realize it. The series notably took over the minds and fan chats about mystery dramas ever since the ship docked on the streaming giant’s shores. 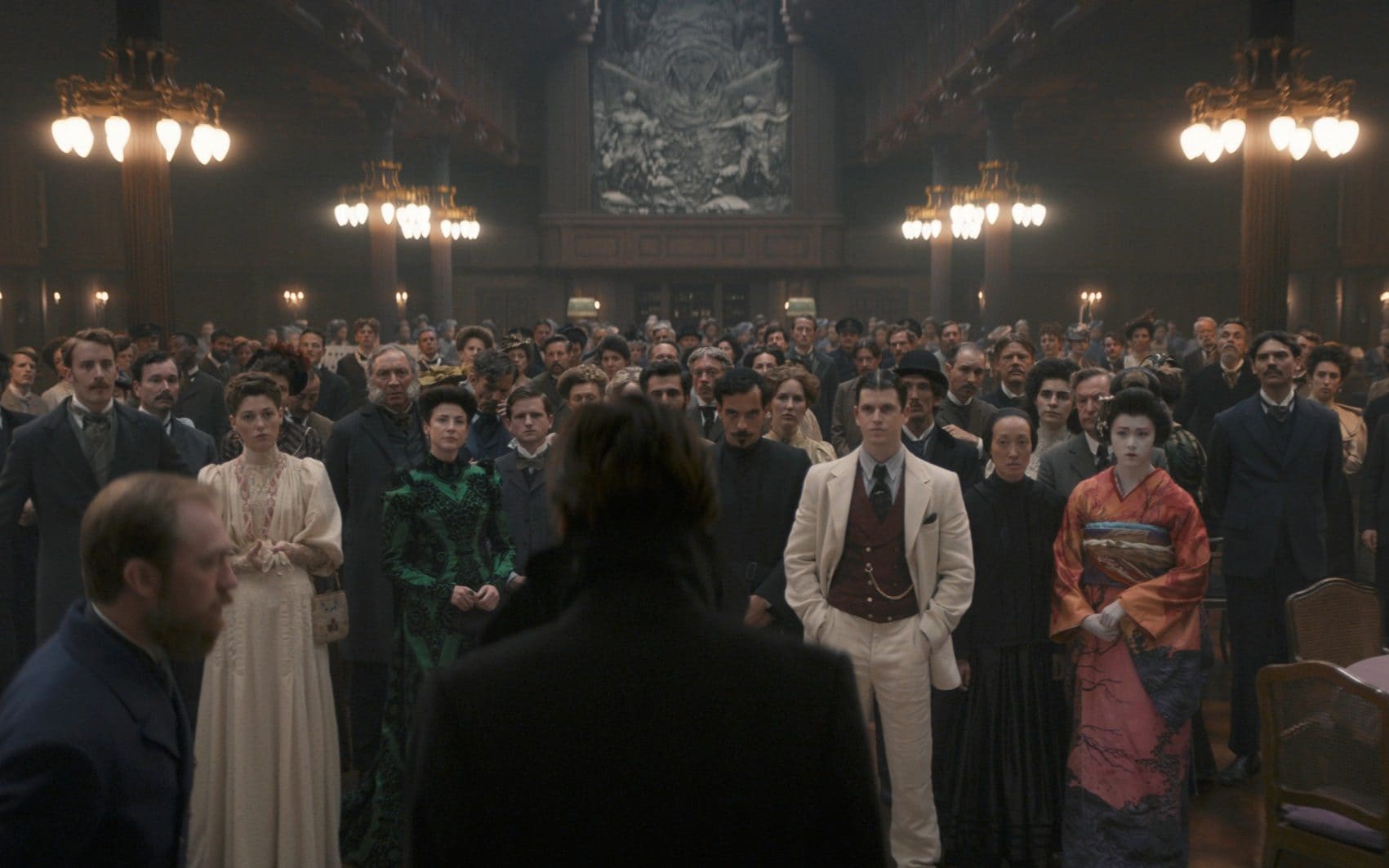 Helmed by the creators of the international hit series Dark, the drama appears to be a multilingual affair. The show has created quite a buzz among the Twitterati, who have started obsessing over the show.

Notably, fans on Twitter are going berserk as they stream the sophomore series by Jantje Friese and Baran bo Odar. While the direction, cinematography, and concept are receiving praise to the skies, they seemingly criticize 1899’s slow pacing. They notably post memes and mood boards on their social media walls to express their excitement.

Been a while since I've last been hyped for a series as much as I am for this. #1899Netflix pic.twitter.com/pvjnqKg891

When u are #Dark fan
while going to start #1899Netflix : pic.twitter.com/uf4ZlYtEhu

FINISHED THE FIRST EP OF #1899netflix AND I ALR FEEL LIKE THIS pic.twitter.com/HaS9B6x0V1

Opening Sequence of every Episode in 1899 is very Creative👌#1899Netflix #1899series pic.twitter.com/cTGSushil7

“People are oblivious to reality.They only see what they want to see.Imprisoned by their mind’s restrictions.When all they have to do is…shift their perspective…to see the full scope of things” 🥹#1899Netflix pic.twitter.com/qZdsNJ4de8

Some fans also recommend watching the Netflix Original psychological horror in its original voice with subtitles on, to have the best experience.

One thing that makes 1899 so special is the languages diversity. That’s why I recommend you all to watch it in original voice with subtitles. You wont regret it!

What the fuss is all about

The events of the thriller show take place on a ship during the titular year, 1899. It has travelers from both ends of the world, either running away from something or hiding an important secret. While sailing from Europe to the U.S. the vessel is carrying a French couple, a Spanish priest, a brooding German captain, a Chinese mother-daughter duo, some English men, Danish passengers, and many others. Each of the episodes opens with a flashback to its main characters, giving the audience an opportunity to get to know them.

And just when you would want to study these characters, the ship would come in contact with Prometheus, a twin boat that mysteriously sunk four months prior to this voyage. What is waiting afterward is an eerie atmosphere, ghosts lurking around, and scary secrets waiting to get on your nerves.

Delivering magic realism at its best, welcome aboard to the mysterious sails of the 1899 voyage. Feel free to share your thoughts about it in the comments below.

The psychological horror is now streaming on Netflix.