The relationship of Will Byers and Mike Wheeler in Stranger Things reminds us of Benjamin Alire Sáenz’s titular characters, Dante and Aristotle. The two characters are from his coming-of-age novel Aristotle and Dante Discover the Secrets of The Universe. Dante, just like our Will, is an extremely empathetic person who has a crush on his best-friend Aristotle. And it was understood from the very beginning of the novel. One didn’t have to come out and say something like ‘I am Gay/queer/bisexual.’ 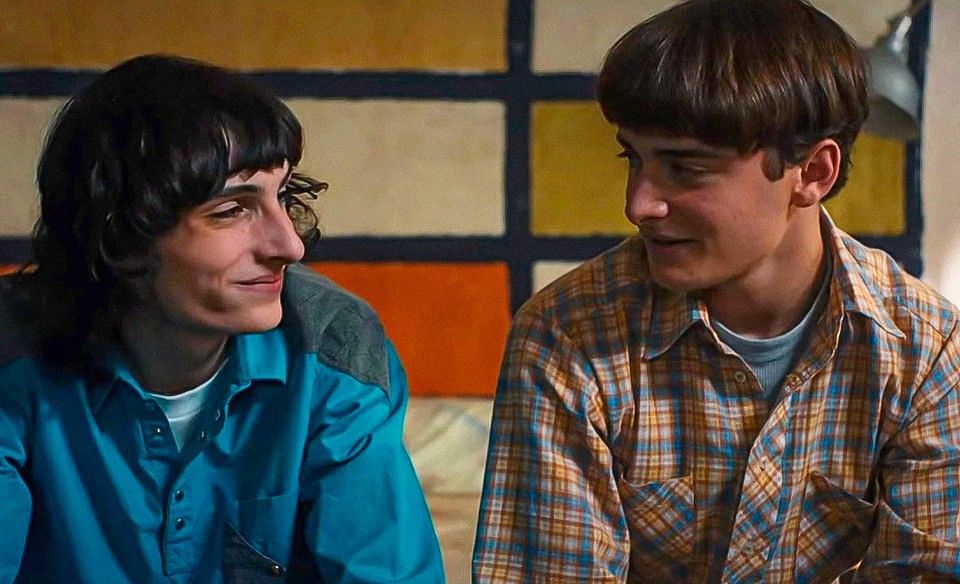 After a long wait, discussion, and fan theories, they finally confirmed it in Stranger Things 4. Soon after, Noah Schnapp also made it crystal clear that his character is queer. We now know that Will the Wise truly is Gay in Netflix’s series. We also know that he is head over heels for his best friend Mike. Although Byers never confessed it, it was obvious through the subtle hints he let out throughout the series, just not to Mike. And after the fourth outing, fans are secretly wishing for Byler (Byers+Wheeler) to work out. Well, a little correction here: not just fans, even actors are all in supporting the beautiful match.

Recently Murray Bauman, aka Brett Gelman, shared his thoughts about the same, and it is rather wholesome to read:

Brett Gelman is in for Byler in Stranger Things

After Will Byers finally came out as Gay, we figured out he is totally into Mike. Well, the van scene explains it all. And fans want nothing less than this ship for the two characters in Stranger Things 5. Recently Brett Gelman tweeted that he is for Byler as long as their romance doesn’t break anyone’s heart. And it is one of the most satisfying things one could hear ahead of the fifth outing.

I am for Byler if Byler is for Byler. If it’s a match then it should be so. I’m not for Byler if Mike isn’t for it because then Will gets hurt. And I also don’t want El to have a broken heart. But if Byler is what is meant to be then I ship Byler BIG TIME!!!

Brett Gelman plays Murry Bauman in the Netflix original, which has changed the history of content. Bauman is portrayed as a private investigator back in season 2 who attempts to find the truth behind Barbara, Nancy’s best friend’s death. But it seems like he is not just an excellent investigator but is also responsible for igniting flames of romance between Nancy and Jonathan. Later in the series too, he played cupid for Joyce and Hopper. And it seems like he would continue to be that supporting friend forever.

ALSO READ- From The Insufferable Freak to Everyone’s Hero, Here’s The Evolution of Eddie Munson in Stranger Things

Are you also on the Byler team? Do tell us in the comment section below. Stranger Things 4 is now streaming on Netflix.