There are some shows, fictional characters, or films that live in us. They become a part of ourselves, which we cannot separate. Stranger Things is one such show that has become a part of our lives. Therefore, we cannot wait for the final chapter to stream on the streaming giant. Well, while you are waiting with us, we have a surprising and adorable thread for you on Stranger Things Day. 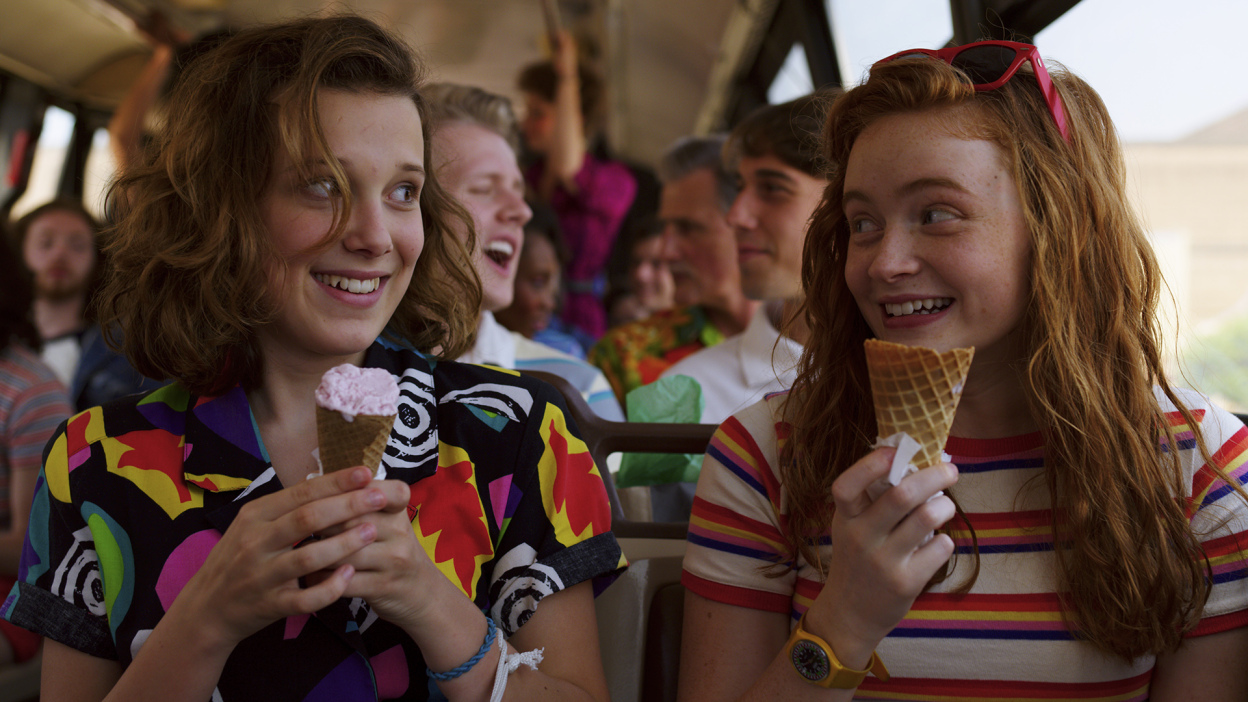 Since the day this Netflix Original show started streaming, it has received an immense amount of love from the viewers. Every character and the entire plot are extremely intriguing that one can’t stop watching once they have started. Therefore, since the beginning, the show has had a cult following. Every year, on 6th November, Netflix celebrates Stranger Things Day. This time, they have shared a thread of adorable pictures from behind the scenes. Let us have a look at them.

At the end of season 4, we saw a lot of chaos taking place. We saw a fan-favorite character, Eddie Munson, dying. Everything was so haphazard in the end while it showed the beginning of the fifth and final chapter of the show. Before it lands on Netflix, here is a surprise for you all on Stranger Things Day.

mvps of dnd and saving the world pic.twitter.com/lnx05ymdNm

ok that’s it i’m signing up for band next year pic.twitter.com/je8TldU4Oc

master of puppets and of my heart pic.twitter.com/kYk7CtgNIi

blessing the TL with will’s painting reveal <3 happy stranger things day to us all <3 pic.twitter.com/v9hYmZIEQj

As a fan of the show, you must know, every year 6th November is a special day because this was the day when Will Byers (Noah Schnapp) first went missing in 1983. Well, this year Netflix shared 20 never-before-seen pictures from the sets of the show. Here is the link to explore more about it. Meanwhile, let us see how fans are reacting to these pictures.

ALSO READ: “I just want her to be healthy” – Sadie Sink Dwells on the Future Prospects for Max Mayfield in ‘Stranger Things’ Season 5

Fans went emotional over behind the scene pictures

This is the kind of show that makes you fall in love with it, so fans reacted to these tweets and became emotional. While everyone is waiting for the final chapter, this is how fans express their love for the show.

I put this in my school. Hoping more people could help to found will🥺🥺. pic.twitter.com/diKVYmaWGE

THANK YOU FOR THIS BESTIES pic.twitter.com/nGJKAjfcl7

How about a reveal of what’s under Lucas’ bed? pic.twitter.com/p32dcD0mbU

While these fans have their own demands and feelings about the show, what about you all? Are you also excited about the final chapter of the sci-fi supernatural show? How would you celebrate this special day?