Shows or movies that have any type of magical or supernatural element are already very interesting for people to watch. The reason is that they give the viewers something out of the existing world which helps them to slip into another world. Locke and Key is one such show. The show is full of magical elements and is constantly surprising to the viewers. The fantasy drama has the most intriguing villain, played by Griffin Gluck. Let us find out what he has to say about his character.

The most captivating villain in Locke and Key

Locke and Key, the American fantasy horror drama, is an adaptation of a comic book of the same name. As complex as the story might sound, it is an exciting journey with the Locke siblings through the big house with magical keys. The keys open the gate to another dimension according to the key that’s used.

Every great story has the greatest villain. This story has Dodge as the villain. Dodge is one of the most interesting and best parts of the comic narration. She is a compelling villain, who is not like a Disney cartoon villain with a weird face and is out of the world.

Dodge stays with humans. Therefore, she is an intelligent, terrifying, calculative, and powerful villain. The antagonist takes over many forms because of the keys. She flirts with Tyler and lures Bode to be her friend and to find the keys. However, Netflix added a twist here. They included their original concept in the adaptation by bringing Griffin Gluck. The version of Dodge that’s portrayed by Griffin is the devil in disguise. He befriends Kinsey Locke (Emilia Jones) and eventually dates her. He also becomes friends with her brothers. In a recent interview, Griffin talked about his character and the twists in it. 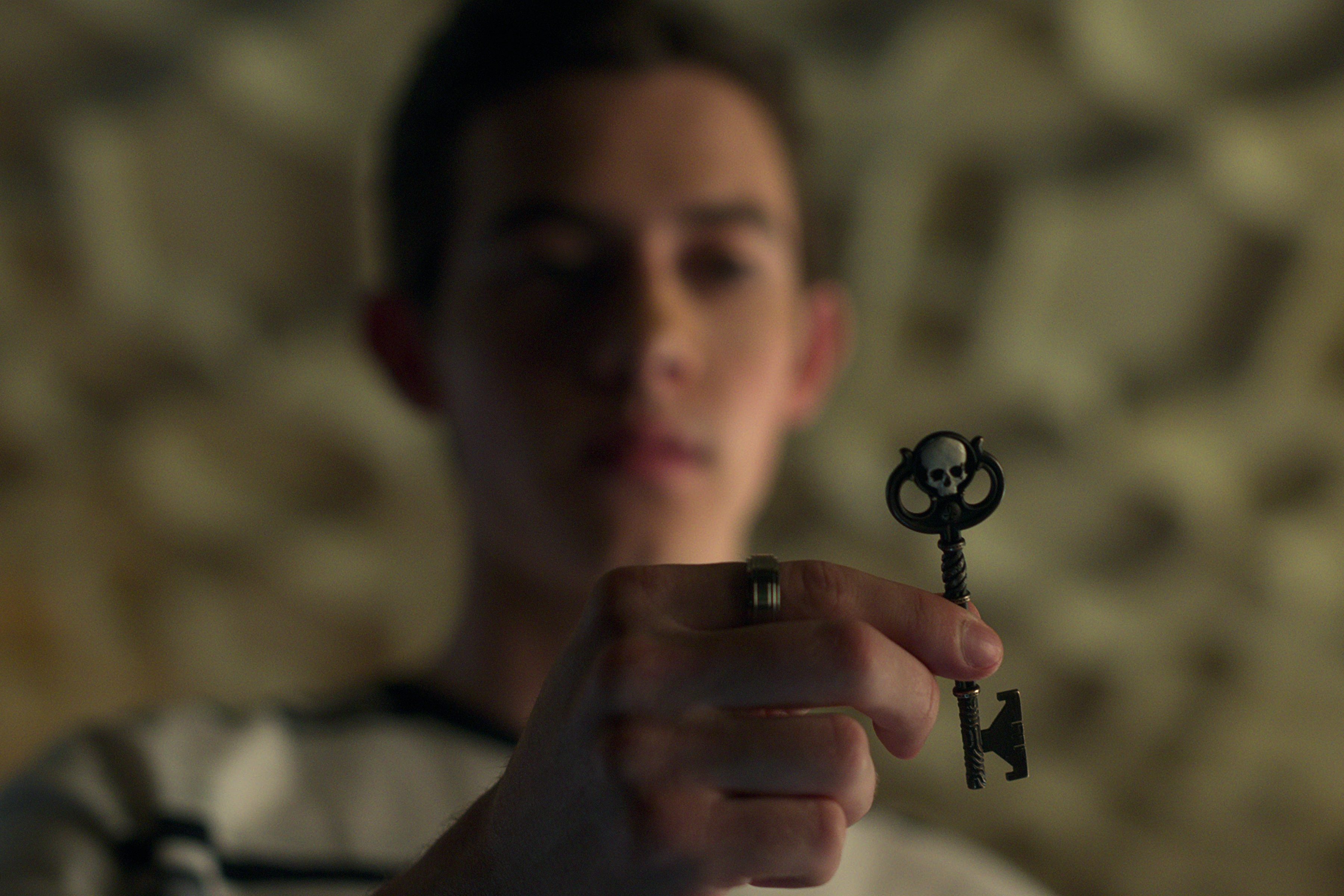 He reveals it was easy for him to play the character. Dodge, in disguise, is a love interest for Kinsey. He says that his co-actor, Emilia, is his good friend. The two of them would be together on and off the screen. He reveals that those two have a good understanding and have fun while shooting.

“…it was an experience to sort of both of us to know Gabe’s true identity, but she had to play it off and act like she didn’t know and I had to put it on and pretend that I didn’t know that she knows,” says Gluck about his character.

Just like Dodge, Gabe has spent most of his time with humans. Therefore, it is easy for the actor to play the part of Dodge, who’s known in the show as Gabe. Well, who would have thought this innocent-looking teenage kid would be evil on the show? Now that the third and final season is on the way, don’t you think it’s time to re-visit the fantasy world once again?