If you are well acquainted with singer Billie Eilish, you are probably aware of her strong obsession with The Office. We are talking about the American version here. In fact, she sampled some of Steve Carell’s language from the role of Michael Scott on her first album. Therefore, it seemed only natural that this young Office aficionado would finally meet Mr. Schrute in person to quiz him on her expertise. That’s correct! An old video of Billie meeting Rainn Wilson, better known as Dwight Schrute, is trending. 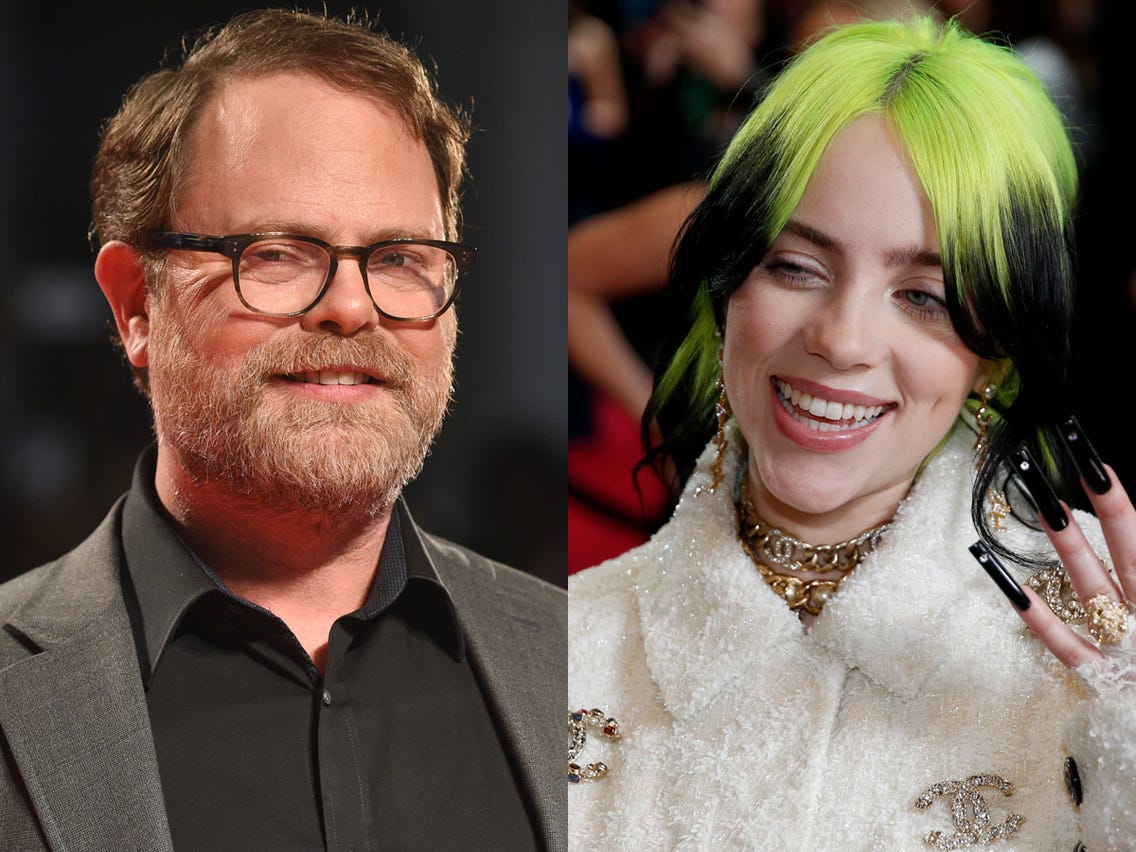 Billboard sent Rainn Wilson to surprise Billie Eilish and test her on some show-related information. In the video, Wilson approaches a front door while introducing himself to the camera as he will be meeting the “world’s biggest Office fan” and explaining that he is there to see whether the rumor is real.

ALSO READ: Did Billie Eilish and Willow Smith Had a Feud in the Past? Why Did Will Smith’s Daughter Pull Out of the Tour?

As rain approaches the front door of Eilish’s house, he quips, “It’s apparently a young man named Billy.” At first, he is a bit disappointed when the door wasn’t answered fast enough. He said that it felt a bit “disrespectful”. Little did he know that he was meeting the young music sensation of the decade. As Eilish opens the door, she can be seen with a humongous fangirl look on her face.

Billie Eilish tells Wilson that she had seen the episode 12 times before answering the door. She quizzes Wilson before having “William Eyelash” test her knowledge of The Office.

She further adds that she watches the show even when she’s taking a dump. After hearing that, Rainn immediately cross-questions her, “You’re pooping and you’re watching me.” To which the Alone singer answers, “Taking dumps, watching you.”

Well, it sure seems like Billie Eilish is pretty much hooked on the show. Tell us in the comments which show you are hooked on and the maximum number of times you have watched it.