Pete Davidson is in the brightest limelight of his life that even Saturday Night Live couldn’t bring to him. His fame was quite stagnant after rising up on SNL but reached its full potential when he got engaged to Ariana Grande and appeared with her in a few SNL episodes that screened worldwide. People are now wanting to see more of his controversies with the Kardashian-Wests.

Pete was a part of Netflix is a Joke: The Festival, the first live comedy fest Netflix organized at 30+ locations in LA. With 250+ performances from big and small artists; the fest provided a stage for indie artists and an occasion for fans to see their favorite artists. Pete performed as a stand-up comedian at the fest where he mentioned a thing or two about why he couldn’t put makeup on. His clip of the same has been going viral on the internet.

You may notice that Pete Davidson looks a *little bit different* tonight – there’s a reason for that. #netflixisajoke pic.twitter.com/WyWpZgqIPn

Talking about what stops him from putting makeup on, Pete says, “I can’t put makeup on because I got a spray tan.” While most comments on the video are about how unfunny his joke was, people still are sharing and retweeting it.

People just can’t stop calling Pete ‘Skete’, a name Kanye gave him. This includes the huge fanbase the African American star has. Skete and Kanye have been making comments about each other on social media. And it’s a subject of controversy, as no one has taken a dig at each other on social media the way these two have. They are the textbook definition of the idiom, “Washing your dirty laundry in public” and fans can’t stop feeling sorry for poor Kim, who is the middle of all of it. 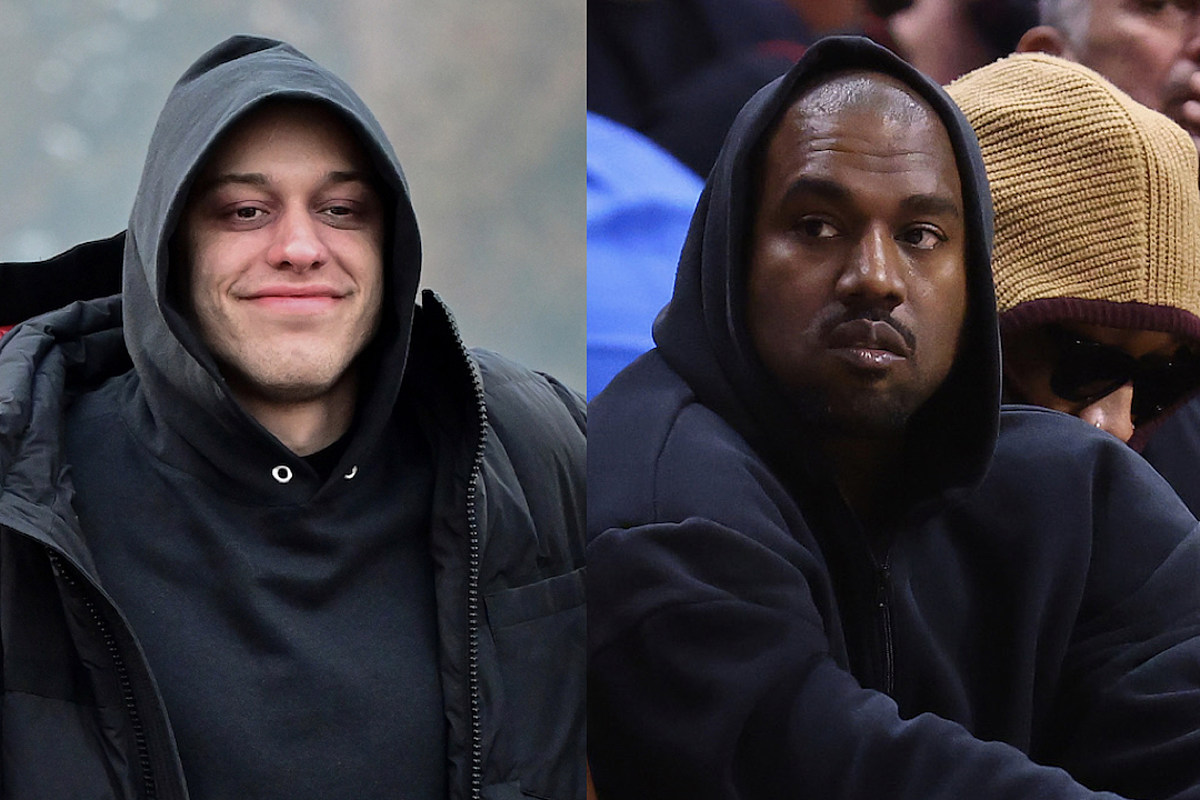 ALSO READ: Pete Davidson Breaks His Silence and Calls Kanye West “A Genius” at Netflix Is a Joke Festival

It all started after Kim featured on an SNL episode alongside Pete Davidson. It took no time for the rumors of their affair to turn into reality. That’s when Kanye frantically started posting on Instagram. He went on and on in a series of 10+ posts about his grievances with Kim regarding the kids. Talking about Pete, he said, “I’m scared he’ll get my kids’ mom hooked on drugs.”

Also Read: “He’s one of the biggest names we could ever get.”: Pete Davidson Surprises Fans With a Surprise Performance From THIS Wrapper at Netflix Is a Joke: The Festival

The series of posts really made this a battle between the fans’ from both sides. Pete responded to Kanye in a video later, asking him to address his mental issues and to meet him personally to sort the beef out instead of taking it to the Gram.

Well, we aren’t picking sides, here, but Pete is a funny man.

Netflix Is A Joke: The FestivalPete Davidson