There are movies that are forgotten within a week of their release, and then there are movies that just never level our minds. While we are looking at a really productive year ahead for movies on Netflix, we also have for ourselves a classic making a return. One of the most popular Adam Sandler movies recently dropped on Netflix. And has posed the question: who wins in The Longest Yard?

Well, you don’t have to worry anymore. As we are here to tell you who exactly emerged out as the winner at the end of the movie. So, with no further ado, let’s get ourselves into some football, shall we?

What is this Adam Sandler movie about?

First released 17 years ago in 2005, The Longest Yard is a remake of a 1974 movie of the same name. Sandler plays the role of Paul Crewe, a former NFL quarterback who faced accusations of point shaving. After completing the 5 years of federal probation, Crewe got drunk and went joyriding with his girlfriend. Only to get himself arrested and sent to prison for three long years.

In a rather absurd development, he has to form a team of footballers to play against the guards of the jail. The movie stars some huge names in Chris Rock, Nelly, Bob Sapp, Courteney Cox, Terry Crews, Bill Goldberg, Tracy Morgan, Michael Irvin, and Burt Reynolds. The movie was a huge financial success, even though it didn’t do great for critical ratings. Scoring only 33% on Rotten Tomatoes, the movie even then grossed over 200 million USD. 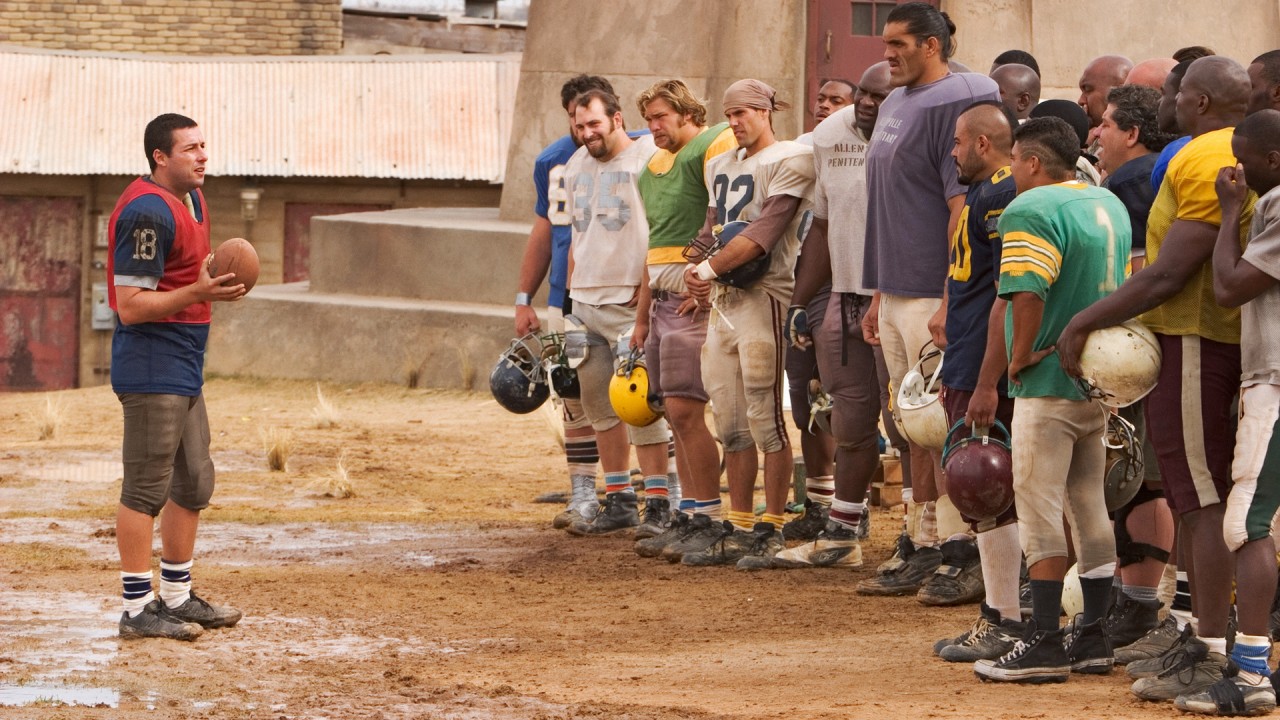 “The first couple of days it was unbelievable,” Goldberg said in a 2005 interview with CommingSoon.Net. “We were trying to kill each other. You had actors that had played football, World League guys, and NFL Europe guys that play now who are hot to trot. They wanted to hit somebody. The first thing I did was get into an Oklahoma drill, one on one live with somebody. That was the first day! It was awesome. The first time I hit somebody it was great.”

Who wins in The Longest Yard?

Following a rather dramatic and interesting story, it is Crewe’s “The Mean Machines” that come out victorious at the end of the game. They win the game by the margin of just one point. We would honestly suggest that you go watch the movie yourself because it is truly something you should bear witness to.

Now that we are talking about Sandler, tell us what is your favorite movie starring him?