British actress Millie Bobby Brown wanted to see a special American celebrity on Stranger Things. The 18-year-old has garnered numerous fans at a young age, but not as much compared to her role as Eleven in the sci-fi series. The series would introduce characters, even from the backstory, having a cycle of new faces entering and exiting the show. These are one of the many factors that made the Duffer Brothers’ creation a massive success. Along with fans, even the cast would guess or hope for their favorite actors to play a part in the series.

Before and even after Millie attained celebrity status, she has been a fan girl of famous Hollywood personalities. Just like Jennifer Lawrence, she is a big fan of Kim Kardashian. And like any devoted fan, Brown once mentioned wanting Kim to play one important role in the Stranger Things series.

Millie Bobby Brown revealed how big of a fan she is of the famous socialite Kim Kardashian. During a red carpet event. An E-news reporter once asked Millie about a celebrity that she would like to see coming on the show. To which the actress excitedly replied, “A Kardashian,” admitting, “Yes I am a huge fan of the Kardashians.” She even looked back at Noah Schnapp, who was getting clicked, and asked if he would like to see Kim Kardashian on Stranger Things in the role of Ten. Years after the statement, the character Ten did enter the show in season 4, but Millie’s wishes weren’t made true. 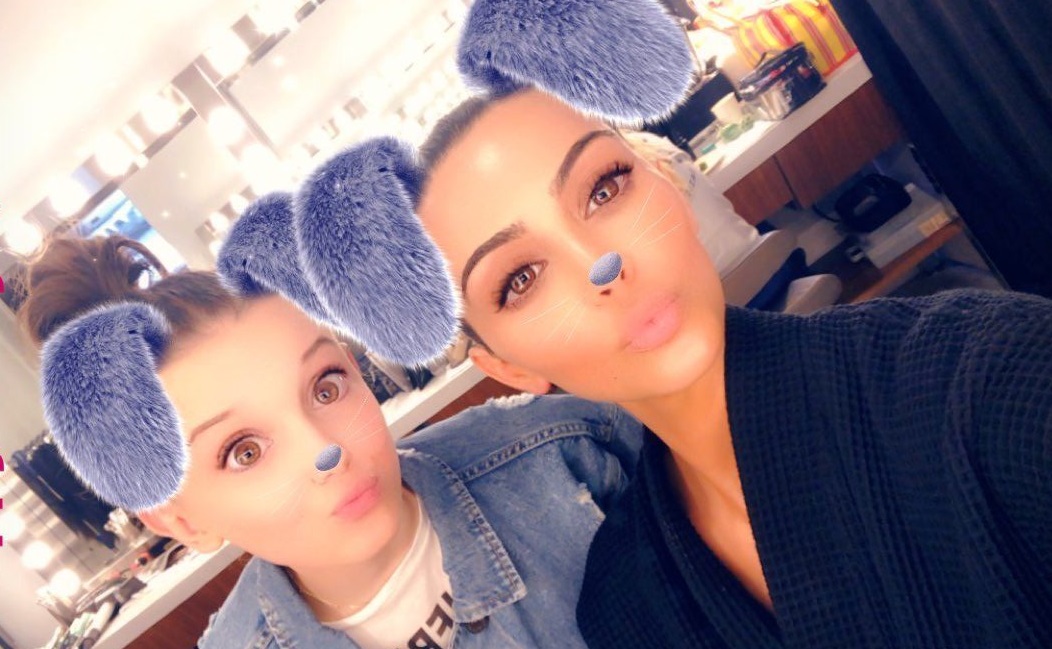 Although the role of Ten was eventually played by Christian Ganiere. There were even fan speculations of Eddie being number 10, which was proved to be a wrong theory. The character was numbered at the Hawkins Lab, just like Eleven. The Blonde haired kid appeared in several episodes of the series and is shown to be killed by the antagonist, One.

ALSO READ: “I m like obsessed with her” Kendall Jenner Reveals Her Love For Enola Holmes Actress Millie Bobby Brown

Meanwhile, Brown had her wish completed when she finally met the socialite Kim Kardashian years later. Apart from Keeping up with the Kardashians, Kim has made guest appearances on several shows. Considering her experience, it could be cool to see her play a surprise part in the 5th and final season of the Netflix show. What do you think? Share your thoughts in the comments.