November 9th, 2022: This was the date when Netflix graced the lives of British royal patrons with The Crown season 5. It is notably the first season after her majesty, Late Queen Elizabeth II’s death earlier this year. The fifth installment looks through some intense years during the late 90s of the royal family. From the marriage, affairs, and divorce of the Prince of Wales, to having to deal with 2 presidents within that particular time frame, the season gives a deep look into what went behind the doors of the royal castle.

The drama, the imagined conversations, and the compelling stories, even about characters in the series, have soured on. While the historical series has received high appreciation from both fans and critics alike, there is this one anecdote in the season that seems to have disappointed the fans. By now, the entire world is aware that the 5th season covers mostly everything that went around Prince Charles and Princess Diana’s marriage. From Princess Diana’s Panorama interview to the revelation of the tampongate scandal, The Crown has it all. However, there is this one scene fans are not extremely happy with.

Apparently, many Netflix viewers felt they had been let down with the “revenge dress” scene in episode five “The Way Ahead” and expected to see more of a buildup to the iconic moment. For those who are unaware, the scene is based on a real life moment from 1994. It was one of the unforgettable anecdotes for the royal family when princess Diana wore a black Christina Stambolian dress to a dinner at the Serpentine Gallery after Prince Charles confirmed his affair with Camilla Parker Bowles. Ever since, the loyal Britishers consider the dress to be a symbol of revenge. 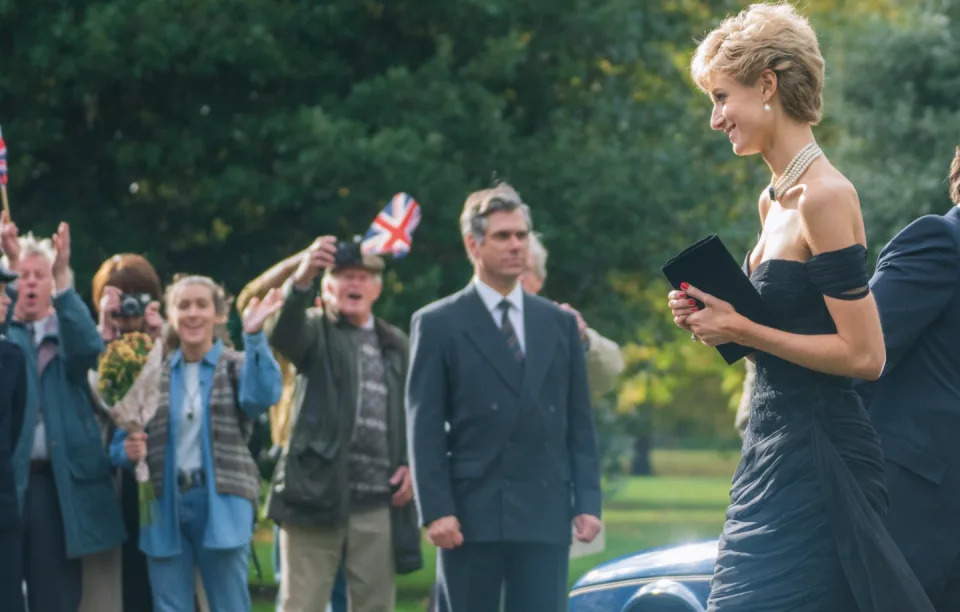 The Netflix original drama, unfortunately, did not cover it as profoundly as fans wanted it to, rendering less screen time to the event and hence leaving the fans disappointed. The series has instead juxtaposed the scene with other family members reacting to Prince Charles’s interview. Fans have notably showered their chagrin on Twitter:

The Revenge Dress deserved its own episode but instead we got 60 minutes of Philip being depressed in Russia. #TheCrown pic.twitter.com/GdhxWRgeha

the revenge dress’ appearance in the crown pic.twitter.com/CfolK3Th7B

the revenge dress deserved more screen time in the crown ..

someone explain why this season of the crown has a full-on infomercial for prince charles’ charity and not even ten seconds of the revenge dress pic.twitter.com/Rngce4sYcu

What are your thoughts about the iconic scene? Let us know in the comments below.

ALSO READ: Exposing the ‘Fiction Dramatization’ in ‘The Crown’ Season 5

Meanwhile, The Crown season 5 is now streaming on Netflix.

With 100% Critic Rating, THIS Netflix Show Is Breaking Records