It looks like the Stranger Things fever is not going to go away soon. It’s spreading like a pandemic, which the world seems to love. Even though the show returned for a fourth season after a gap of nearly two years, the program has been in the spotlight. Despite the show’s nearing end, the excitement around Hawkins hasn’t subsided. The show has reached new heights and has set new records. Fans are not only going crazy about it, but they have also added their own imagination to it. New things are being created by them.

We have found one such fan who has imagined the cast in a whole different way. Let’s show you.

Your Stranger Things favorites as frogs

The show has been through a lot of ups and downs throughout its four seasons. It has made us laugh, cry, be angry, and be defensive. Basically, we’ve felt almost every emotion while going through this show. It was a whole different journey and a whole different world. And people aren’t behind in putting their own spins on this world. 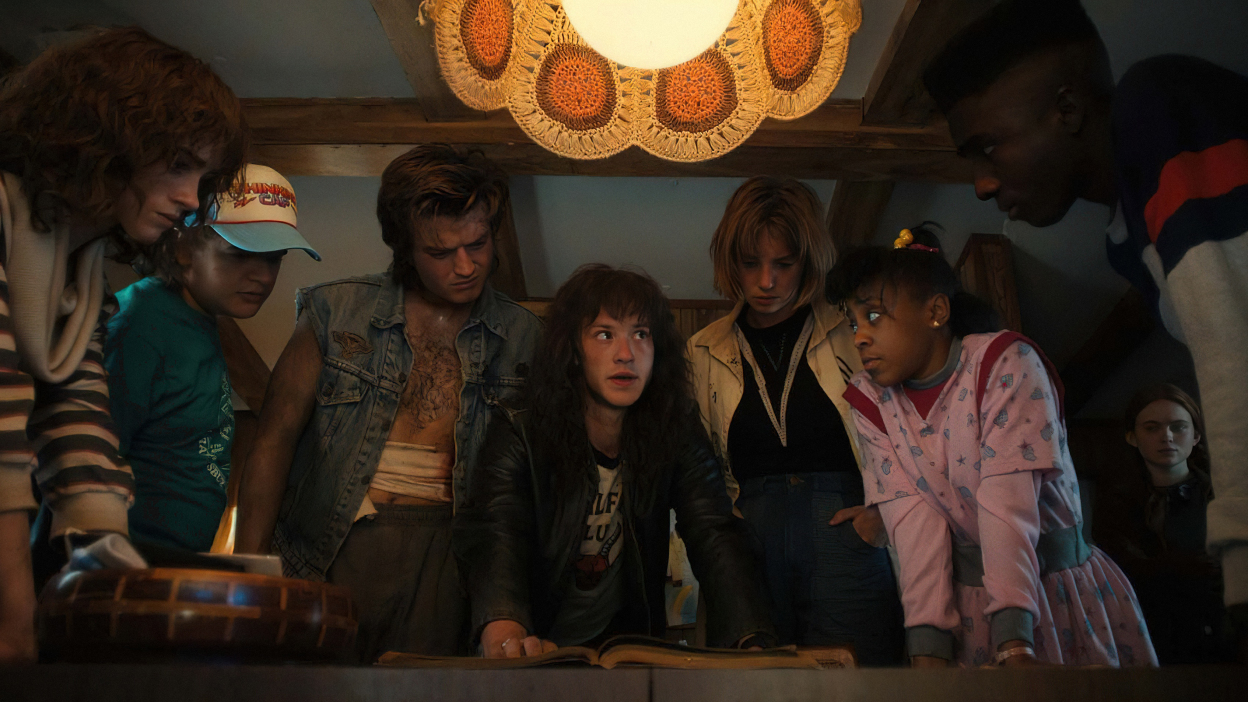 Recently, there’s this artist on Instagram called Joe and he draws. And this man has drawn the most hilarious sketches of the Stranger Things cast as frogs. Yes, you’ve read right! He has been drawing the faces of the cast as frogs in a hilarious manner. They’re funny and cute at the same time. Let’s see them.

ALSO READ: David Harbour on Hopper’s Fate and What More He Has in Store After ‘Stranger Things’ 4

And not only that, he has gotten them printed. You can find these funky stickers on bags, bedspreads, t-shirts, bottles, and badges.

Now that the fourth season is over, fans cannot wait for the release of season five. It’s possible Stranger Things may not return until 2023 because of the epidemic, which occurred roughly three years after the third and fourth seasons premiered. If the Duffer Brothers are planning anything at all like Season Four, it’s going to take a long time to shoot.

However, it will be worth the wait. Tell us in the comments how you like the frogs.