With the entry of hot-shot new villain Vecna from Stranger Things, people seem to have forgotten Devil from Cuphead. It is a series of boss fights that get more and more difficult, with a few platforming sections thrown in for variety. Everything is made to look cute with rubber hose animation. It is also a great game that quickly became an unforgettable title. However, it makes you feel like your self-worth is falling apart. The success of the videogame “Cuphead” led to an animated series on Netflix. The characters from the show had to be given personalities because they were so quiet in the game. So, the voice of the Devil was given by Luke Millington-Drake. 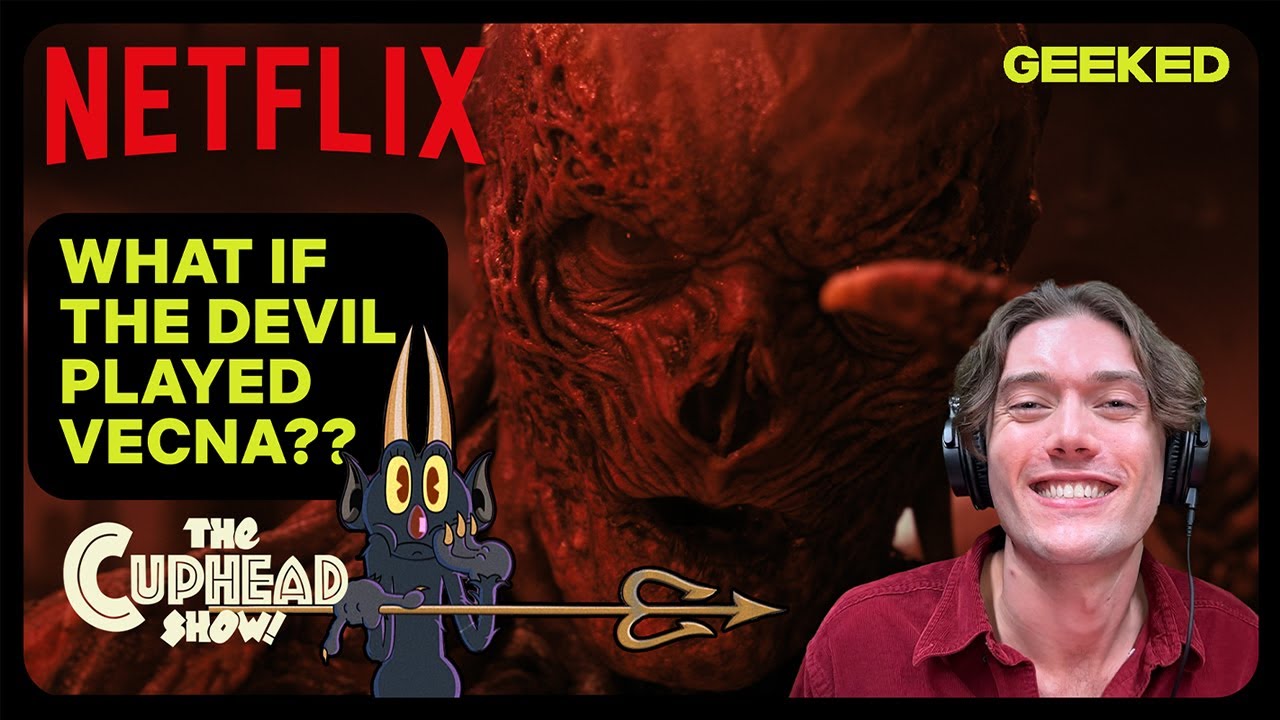 Luke, who voices the Devil, hasn’t been working as a professional actor for very long. The Cuphead series in 2022 will be his third project. However, the performer has almost half a million followers on the app TikTok, where he posts a lot of random skits. Recently, he demonstrated what it would be like if the Devil took on the role of Vecna from Stranger Things.

ALSO READ: WATCH: Vecna Rub Salt on Devi’s Wounds in This Hilarious ‘Stranger Things’ X ‘Never Have I Ever’ Crossover

Recently, Netflix’s sister channel, Still Watching Netflix on YouTube, released a video of Luke Millington. He posted a video of him doing a voice-over of Vecna in a sexy yet scary voice. Something very similar to that of The Devil. One immediately starts laughing as the video begins. Now Luke is extremely concerned that after the entry of Vecna, people are not taking the Devil seriously anymore. He further added, “Now I am here to prove that had the Devil played Vecna, he would have a much more intimidating line read.”

By the end of the video, he gave a shout-out to the actor Jamie Campbell Bower, the actor who played Vecna. He said that Jamie performed absolutely brilliantly in the show. Luke also mentioned something for Jamie to do. He wondered what it would be like if Jamie had played The Devil.

What do you think, who of the two is scarier? Let us know in the comments.

ALSO READ: Although Similar, Eleven And Vecna Have One Striking Difference In Their Powers In ‘Stranger Things

All seasons of Stranger Things are streaming on Netflix.