Millie Bobby Brown could be the official mascot for Netflix. With back-to-back successes of Stranger Things and Enola Holmes, the young actress is proving to be quite the lucky charm for the streaming giant. Apart from the upcoming Enola sequel, another Netflix original film starring Brown is all set to grace our screens. We are, of course, talking about Juan Carlos Fresnadillo’s fantasy film, Damsel.

The film archives are up to the brim with movie adaptations of comic books, scriptures, and novels. It is refreshing to see filmmakers and authors mix it up a little. Alongside the film’s premiere on Netflix, fans get a bonus as a Damsel novel written by New York Times best-selling author Evelyn Skye.

ALSO READ: From Eleven to a Princess in ‘Damsel’, Millie Bobby Brown Goes a Long Way in the Upcoming Netflix Fantasy

Evelyn Skye is best known for her young adult novels like The Crown’s Game, Circle of Shadows, and their sequels. As a joint venture with Random House Worlds and Netflix, the creator commissioned Skye for the novelization of the film Damsel. The film stars Stranger Things star Millie Bobby Brown. While the fantasy flick was announced back in 2020, it only wrapped up production a few months ago. As the film completes post-production, the book will premiere before the fantasy movie takes the stage.

The film’s creative team gave Evelyn access to an early draft of the film written by screenwriter Dan Mazeau. That means she was involved with the film from the very beginning. In an exclusive statement to Hollywood Reporter, Skye delved into the making of the novel.

“Both the novel and the movie may stem from the same origin, but they are also each their own unique works of art,” illustrated the best-selling novelist.

Granted, the film and the novel will have identical characters and world-building, but there will be subtle nuances in both media that will be distinct.

Calling it “a unique, collaborative partnership,” Evelyn shared how open the process was. Just as she got her hands on the screenplay drafts, the filmmakers had access to her manuscripts. 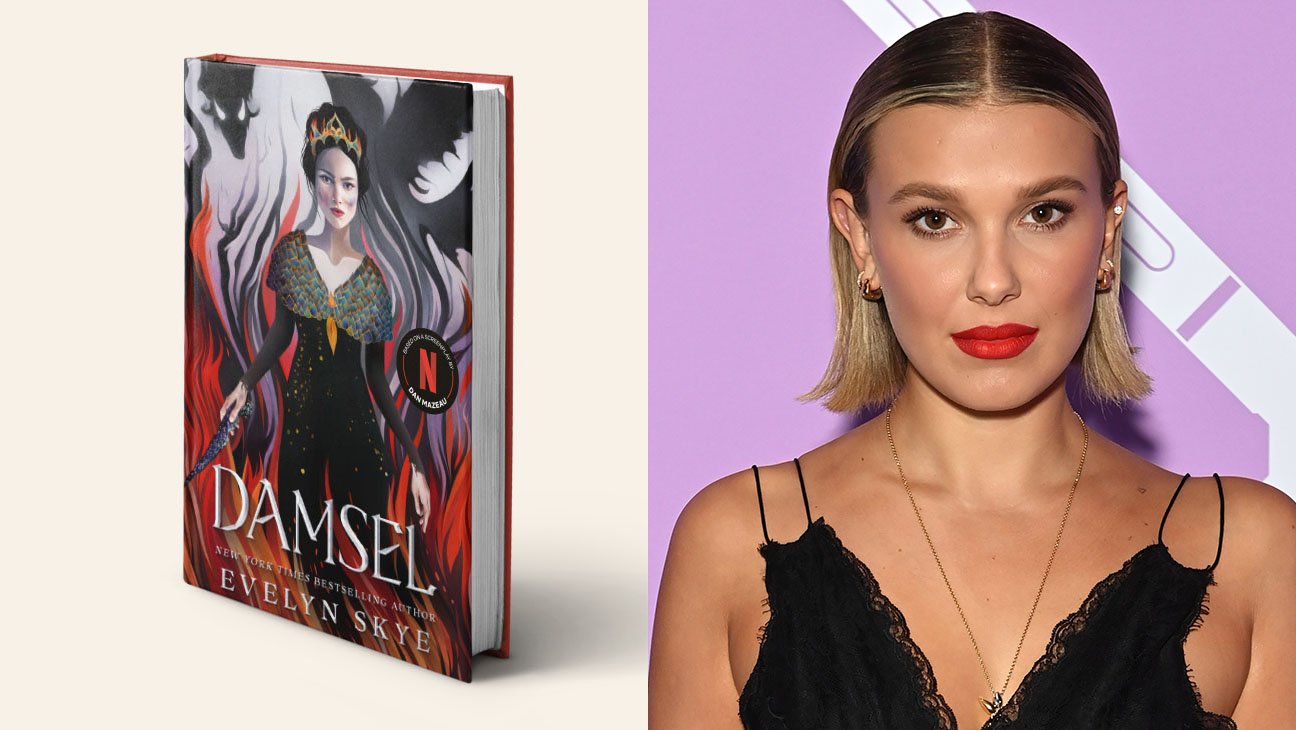 “We could riff off each other’s ideas, building details from the novel into the movie and vice versa while also preserving our own versions of the story in our respective mediums,” explained the author.

According to Skye, the film and the novel will be a “treasure hunt for true fans.” While it will not be easy, if anyone could find even the slightest of differences, it would be the eagle-eyed fans.

What is the Netflix original film Damsel about?

The narrative of Damsel follows Millie Bobby Brown as Elodie. Born and brought up in the relatively poor and famine-stricken land of Inophe, her life changes when a marriage proposal from the wealthy realm of Aurea could provide solace to her homeland. As she accepts to be the new Aurean princess, she unravels the darkness of the elusive realm only to find herself in grave danger.

Are you excited about the film and the novel version of Damsel? Let us know in the comments below. In the meantime, you can watch Enola Holmes streaming on Netflix before its sequel hits the platform.